GPU Shark 0.9.9.0 adds the support of the NVIDIA TITAN X (Pascal), GeForce GTX 1070 and GTX 1060 as well as GTX 980M and GTX 980 for notebooks. Partial support of AMD Radeon RX 480, RX 470 and RX 460 have been added. The support of RX 400 is partial because according to some feedbacks I received, AMD has changed the way to read GPU data (clock speeds) in Radeon RX 400 (probably linked to WattMan) and my current code does not work with AMD latest GPUs. I will update properly GPU data reading as soon as I will get a Polaris-based graphics card.

GPU Shark can be downloaded here:

GPU Shark is a simple, lightweight and free GPU monitoring tool for GeForce and Radeon based graphics cards and is available for Windows only. GPU Shark offers a global view of all your graphics cards in a single window. More information HERE. 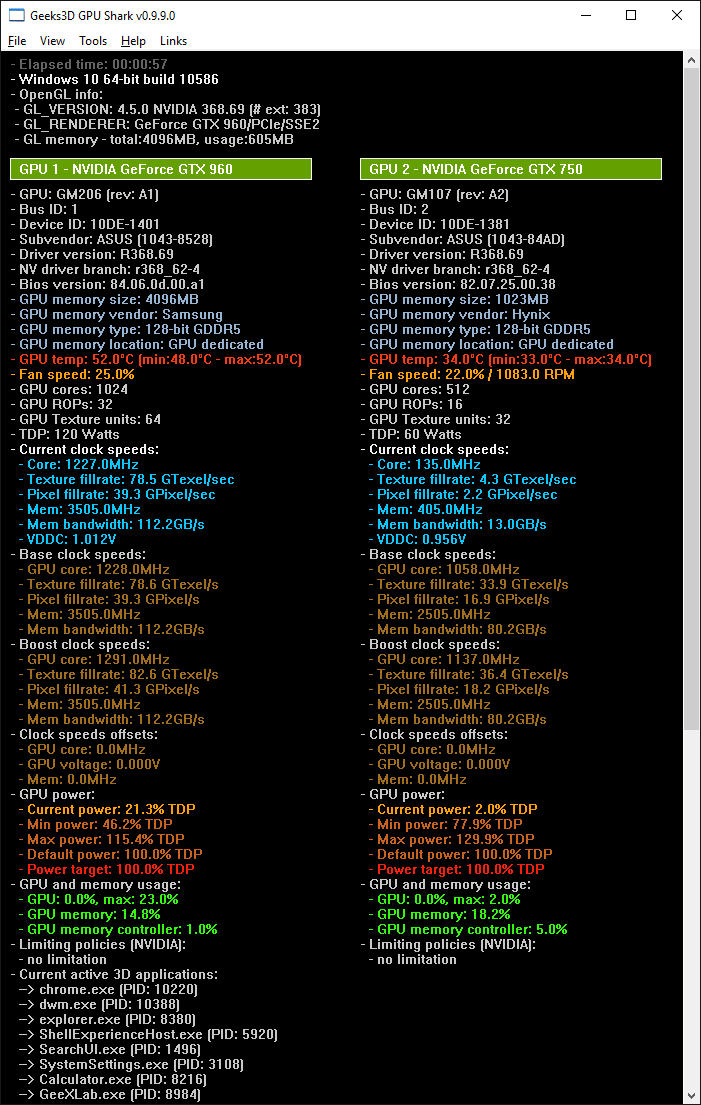 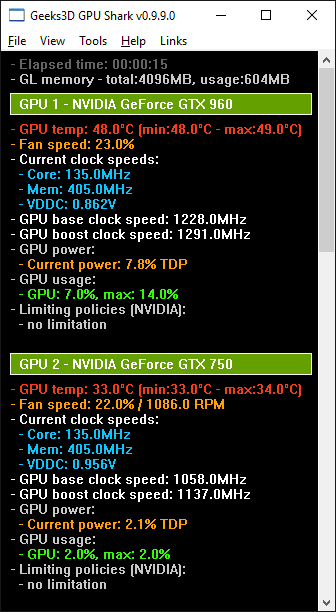