Here is an overview of the new features:

1/ the most important feature is the support of Vulkan API. After OpenGL, OpenCL and CUDA, GPU Caps Viewer adds a dedicated panel to Vulkan: 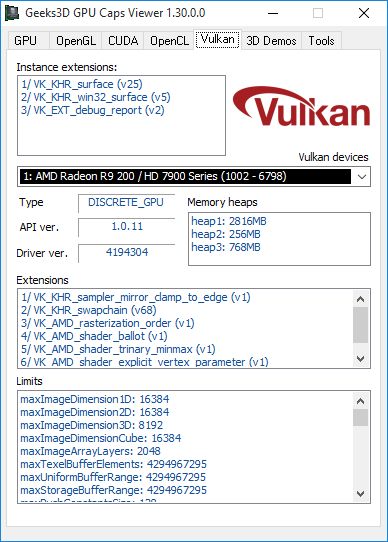 2/ a new 3D Demos panel that gather all previous OpenGL and OpenCL demos and adds new demos based on GeeXLab SDK. The GeeXLab engine is embedded in GPU Caps Viewer, and this integration allows to quickly load and play GeexLab demos based on Vulkan and Direct3D 12 (and OpenGL of course). 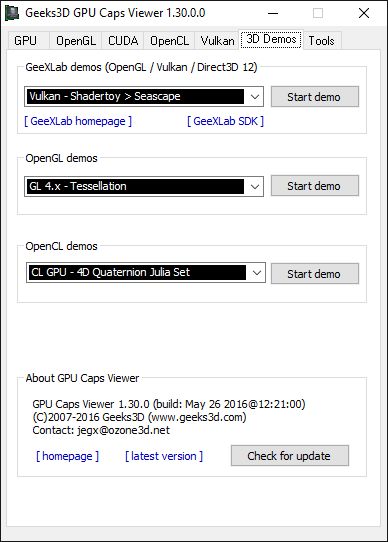 3/ the first panel has been reorganized and new fields have been added: Vulkan API level and texture and pixel fillrates: 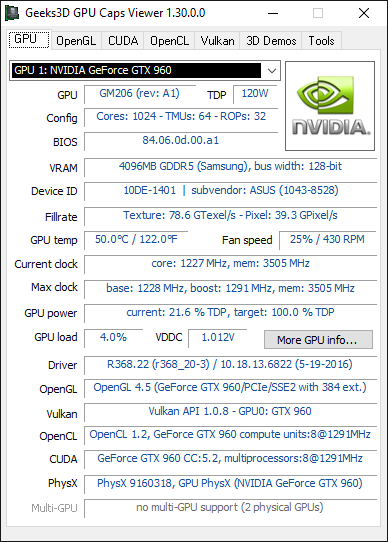 4/ GPU Caps Viewer 1.30.0 adds the support of NVIDIA’s new baby, the GeForce GTX 1080. The support of recent Radeon has been improved too. 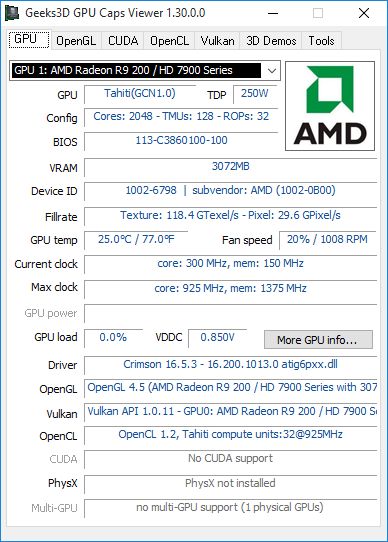