The new Raspberry Pi 3 board comes with a new processor and higher clock speeds. Let’s benchmark it against the Raspberry Pi 2 board.

To benchmark the CPU, I used Sysbench, a cross-platform and multi-threaded benchmark tool. The installation of Sysbench on Raspbian is rather easy: 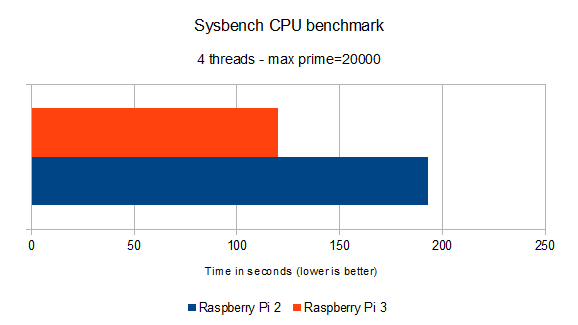 The output of Sysbench for the Raspberry Pi 3 is:

For the GPU benchmark, I used the OpenGL 2.1 test that comes with GeeXLab:

This test requires the latest Raspbian with OpenGL 2.1 support. 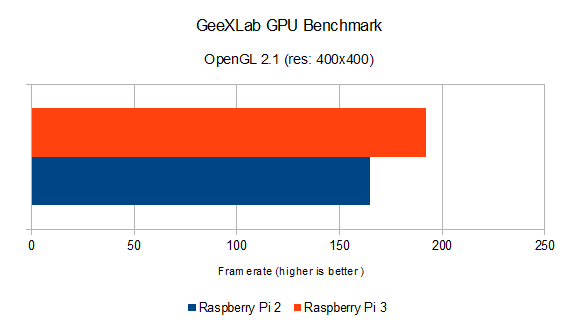 The Raspberry Pi 3 comes with a new ARM Cortex A53 CPU clocked at 1200MHz. The GPU, the Videocore IV is overclocked compared to the RPi 2: 400MHz vs 250MHz. So it’s interesting to see the impact of higher clock speeds on CPU/GPU temperature when the Raspberry Pi is stressed by both Sysbench + GeeXLab.

To stress test the RPi, I launched the OpenGL 2.1 test of GeeXLab as well as Sysbench at the same time (with 100000 for the max prime number):

The temperature of Raspberry Pi is visualized with a FLIR 4 thermal camera:

The max temperature of the RPi 2 main processor after 5 minutes of stress test was 71.9°C: 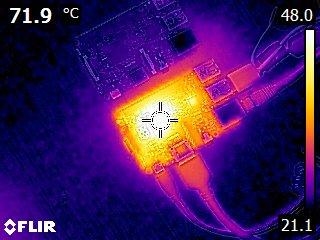 The max temperature of the RPi 3 main processor after 3 minutes of stress test was 92.2°C: 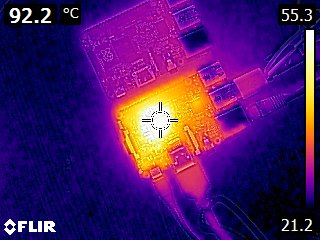 Why only 3 minutes for the Raspberry Pi 3? Because right after it reached 93°C, the board has frozen.

Ok 93°C is very hot but it’s normal because of the higher clock speed. Let’s add a heatsink on the BCM2837 processor: 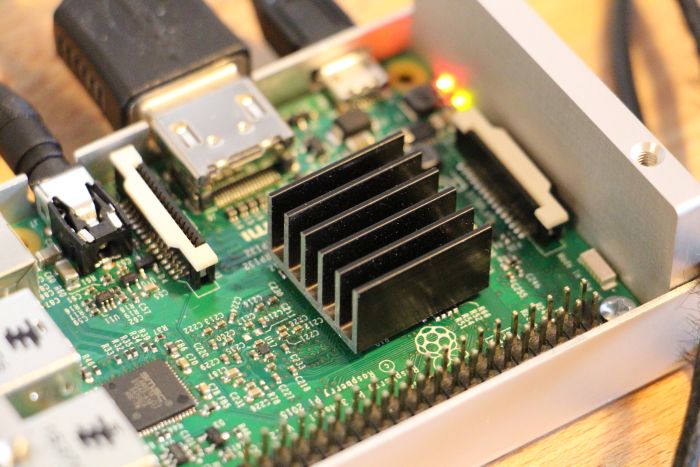 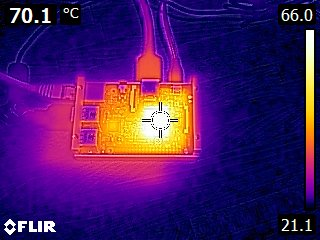 Ah… the temperature is better: only 70°C after 5 minutes of stress test.

In sever situations when the CPU (or the GPU + CPU) runs at 100%, the RPi 3 requires a heatsink on the main processor to dissipate the heat produced by higher clock speeds. The RPi is getting bulky… 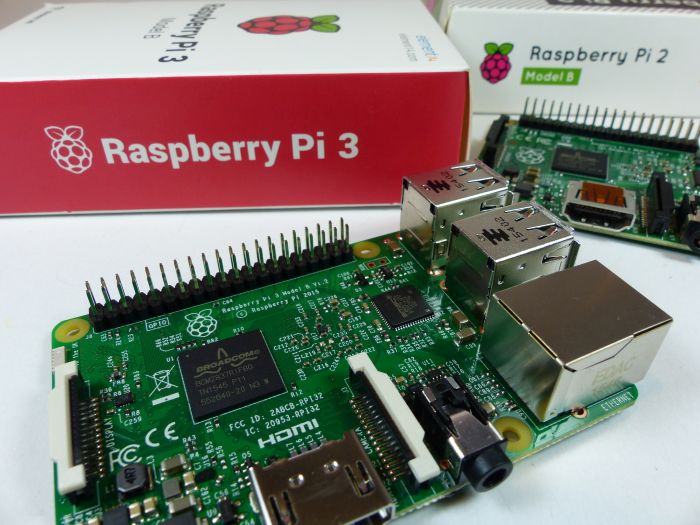