One of the new features introduced by Direct3D 12 is the explicit multi-GPU support also called Explicit Multi-Adapter (or EMA). EMA allows the game developer to explicitly assign work (render calls) to each GPU. This is the important difference between Direct3D 12 and Direct3D 11 (or OpenGL) where multi-GPU is implicitly handled by the driver (NVIDIA SLI and AMD CrossFire are example of IMA or Implicit Multi-Adapter). And the nice thing with EMA is that GPUs from different vendors can be paired up (of course GPUs should have more of less the same performance to be really useful).

Anandtech has tested Direct3D 12 EMA by combining several GeForce and Radeon together and running the a new version of Ashes of the Singularity. And according to their tests, D3D12 EMA works fine: 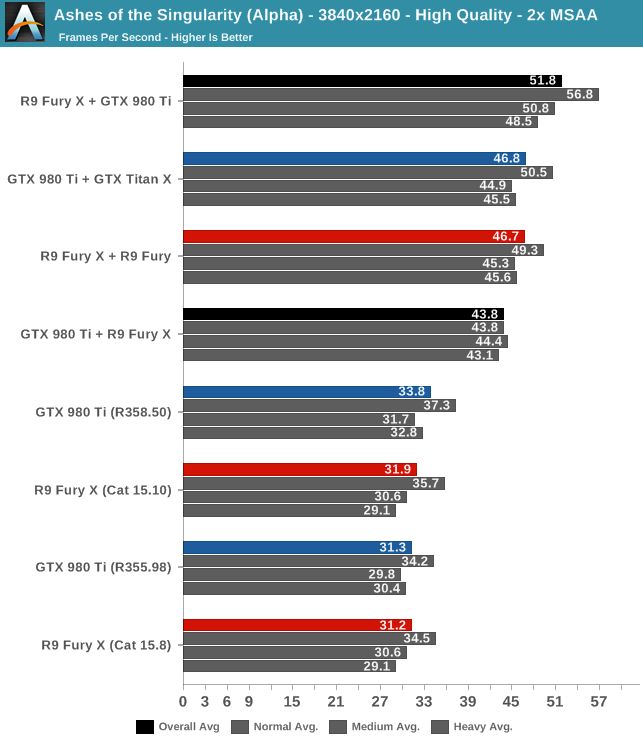 The complete test of Direct3D 12 EMA is available HERE.