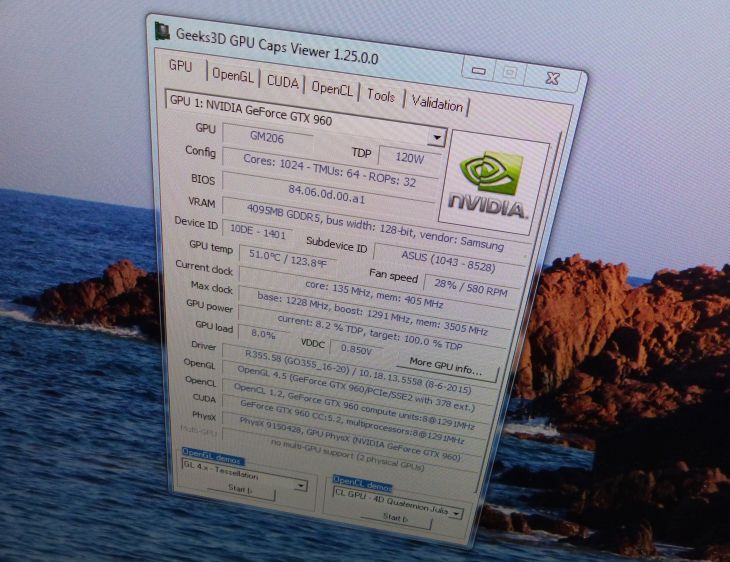 This new version of GPU Caps Viewer is a maintenance release that brings the support of the latest NVIDIA GeForce GTX 950 and fixes the Windows 10 detection issue. 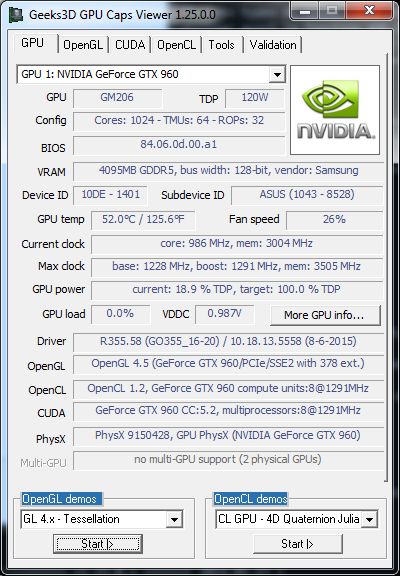 The OpenGL extensions list has been updated with new OpenGL 2015 extensions (the list of these new extensions is available HERE): 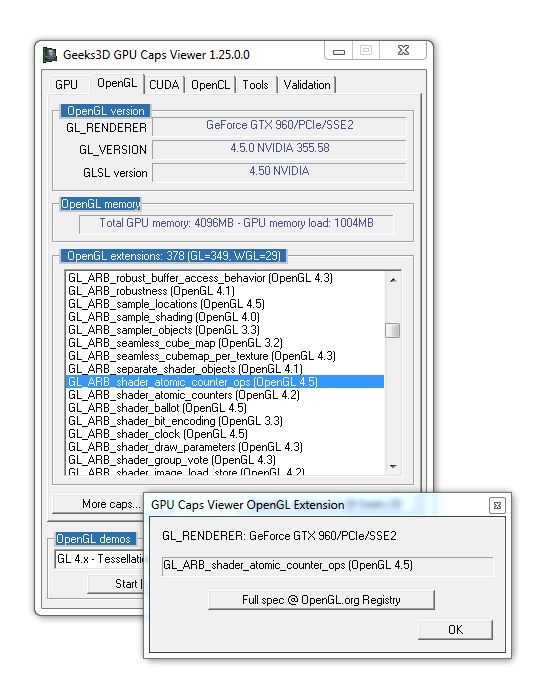