Last week, I ordered this 5-inch touch display with a resolution of 800×480 pixels. I was curious to see how it would work with a Raspberry Pi and to what GLSL Hacker demos would look like.

I received the 5-inch display in small box that included:
– a 5-inch touch panel
– a mini-driver board for HDMI
– a touch controller board
– a keyboard with 5 keys

All boards and panel were connected together and ready to use: 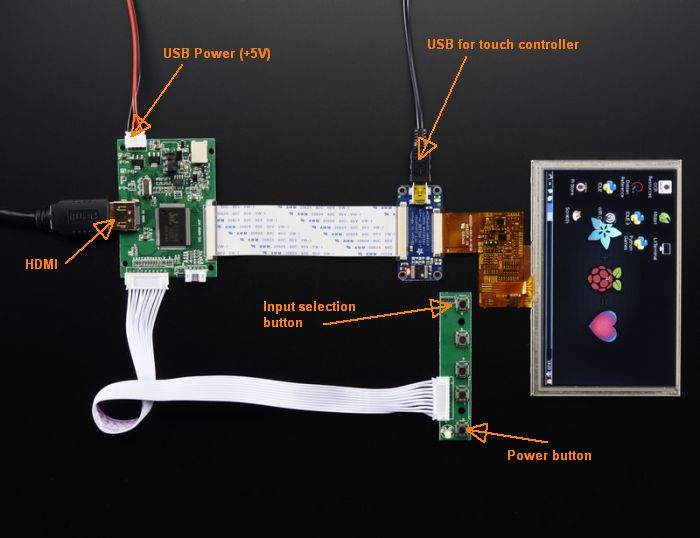 Here are some detailed pictures of the mini-driver and touch controller boards: 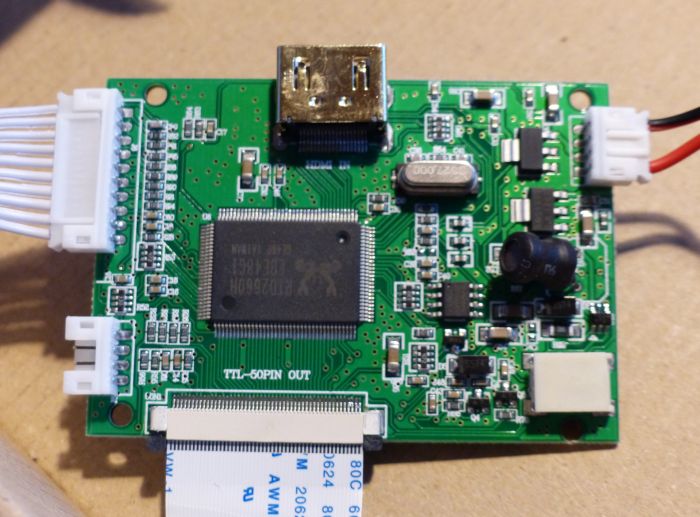 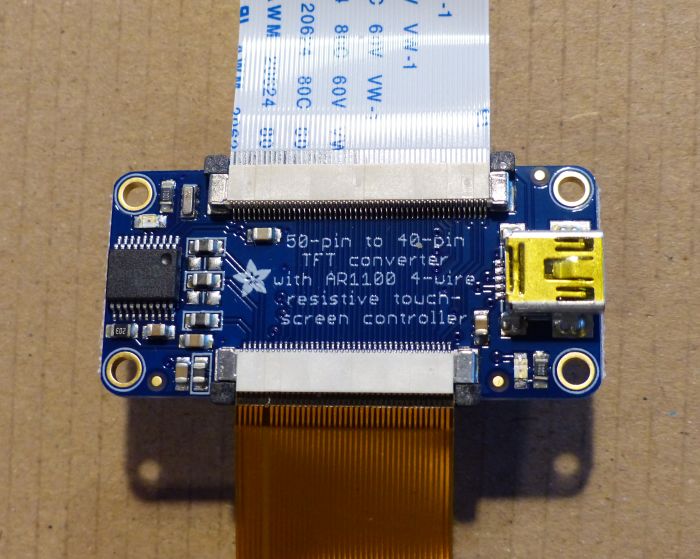 To make my tests easier, I quickly built a small case for the display with a small carton: 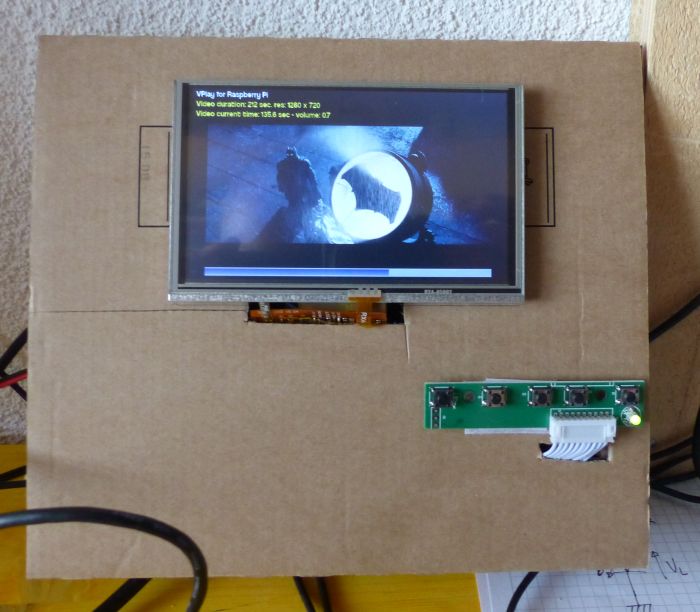 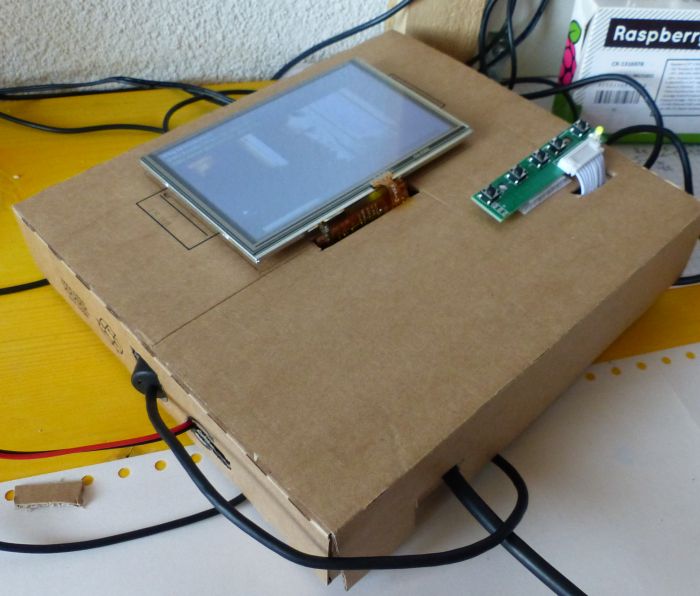 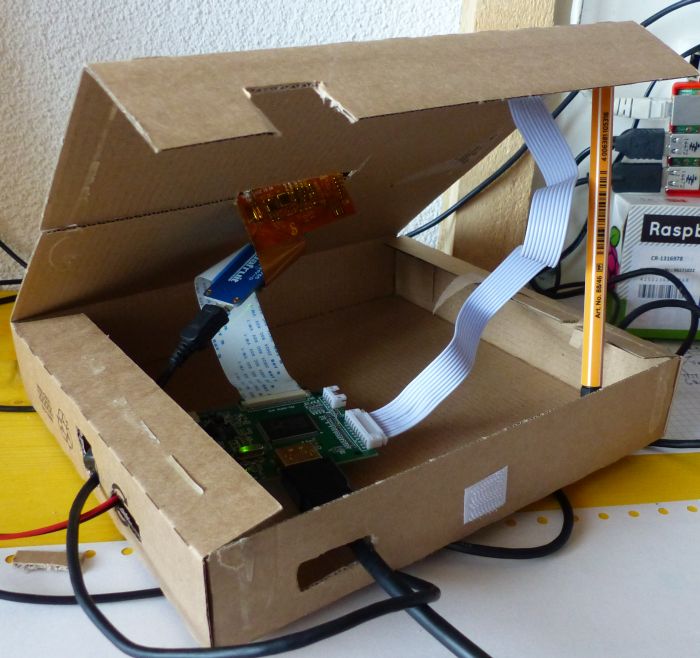 When you connect the 5-inch display the first time, the default resolution of 640×480 is used. Once again, you have to edit the /boot/config.txt file to set correct parameters for the display:

Once edited, you can reboot the RPi. Now you should have a resolution of 800×480 pixels: 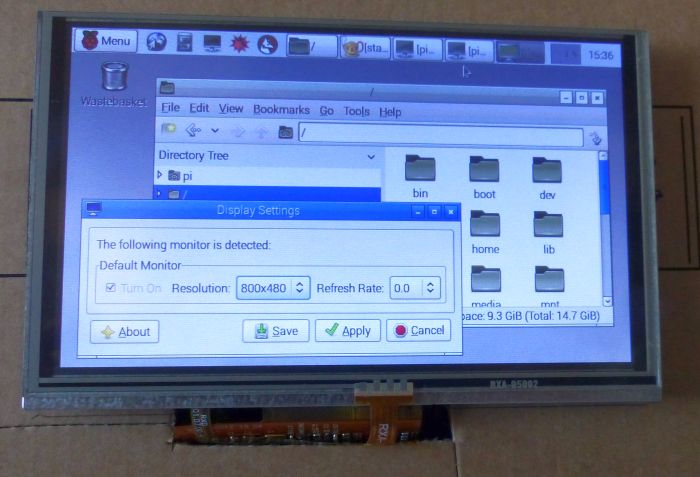 I tested some GLSL Hacker demos for Raspberry Pi (OpenGL ES 2.0) that are included in the code sample pack of GLSL Hacker (in the gles2/ folder). But before launching the demos, you have to edit them and change the resolution to 800×480 in the main XML file. Alternatively, you can force a particular resolution with the command line:

It was pretty cool to see these demos on this tiny screen:

I also tested VPlay with some movie trailers in HD resolution (here, the trailer of Pixels): 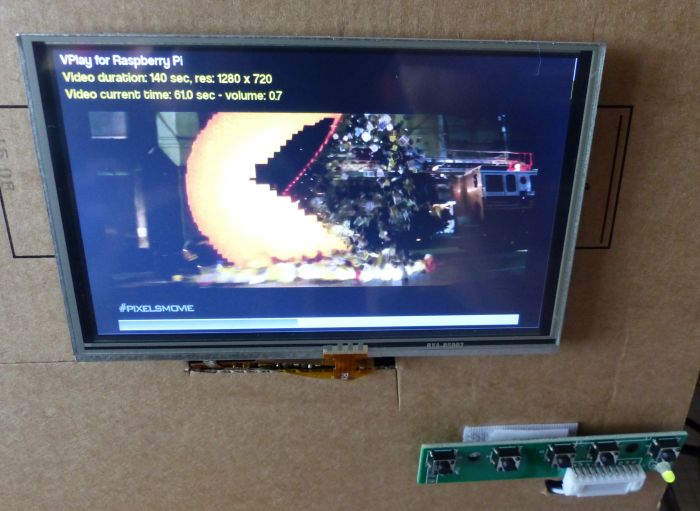 And the touch function? Don’t expect to have the same touch level than on you smartphone. The touch works on the desktop to select things, but I didn’t manage to move a window with my finger. And in a GLSL Hacker demo, the touch does not work. Maybe I need to install a special version of Raspbian with some built-in touchscreen support…