I discovered this cool project few days ago: CHIP the world’s first $9 computer!

CHIP is like the Raspberry Pi but four times cheaper. The CHIP board is small: 60mm x 40mm:

Here are the main hardware features of CHIP:

Here is an overview of the Allwinner R8 SoC (system on chip) processor: 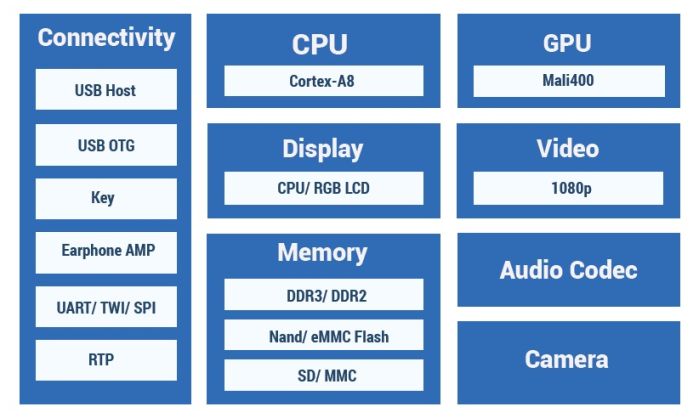 The R8 is a single-core processor but quad-core (R16) and octo-core (R58) processors are also available at chinese chip maker Allwinner. Maybe next versions of the CHIP will use those multi-core processors.

A customized Debian distribution (Linux) will be preinstalled on the CHIP (on the Raspberry Pi, you have to put an image on a SD card yourself).

One interesring thing is the Pocket CHIP: a $49 case with a 4.3″ touchscreen, a QWERTY keyboard, 5-hour battery and of course a CHIP board inside. 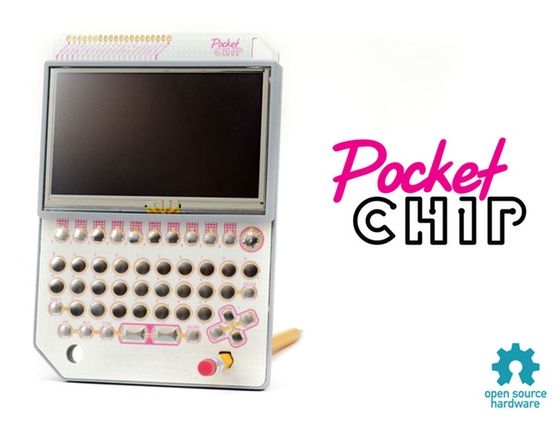 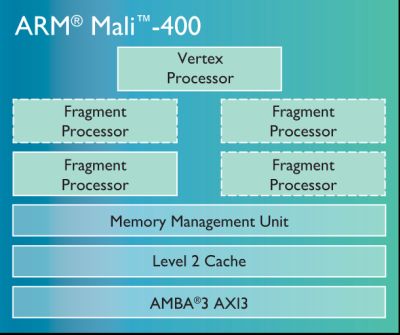 GLSL Hacker should be easily ported to CHIP since most of the hard work has been already done for the Raspberry Pi.

I will probably tackle this task in 2016 since CHIP will be available early next year to every one. I read somewhere that the shipment will cost $20…