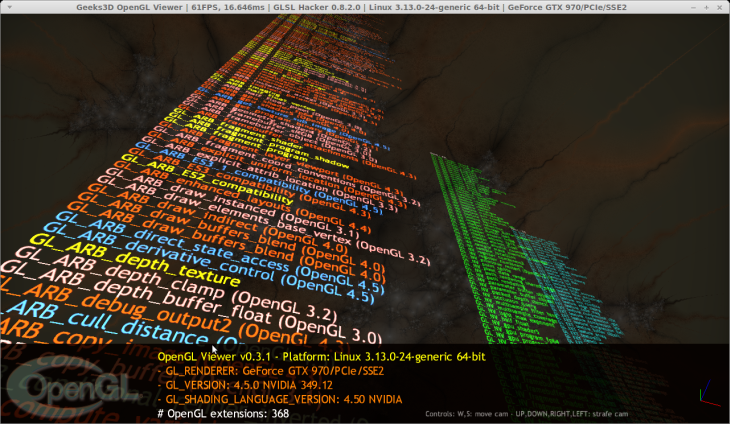 NVIDIA has released yesterday a beta driver for GeForce cards. R349.12 is a BETA driver and brings the following changes:

This setting can also be enabled by running the command line

According to a Geeks3D reader, R349.12 should bring the OpenCL 1.2 support. I tested with GLSL Hacker but the OpenCL shared lib (libnvidia-opencl.so.349.12) only exposes 3 OpenCL functions: