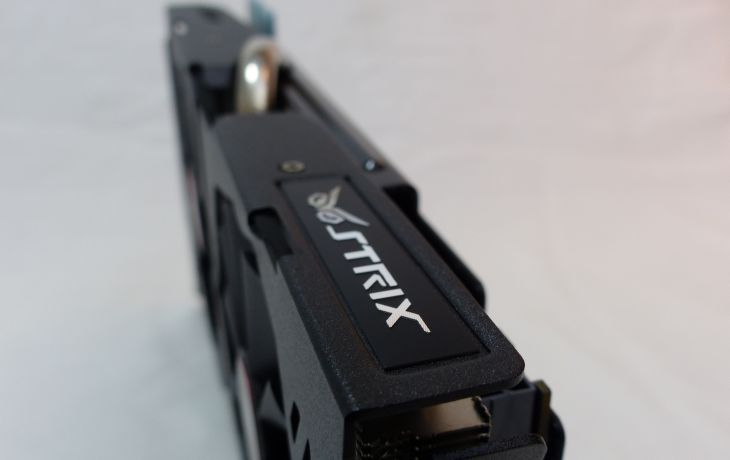 I’d like to thanks the folks at Internex for this GTX 970 Phantom! Thank you guys!

The bundle: limited to the bare minimum: the graphics card, a CDROM with drivers (is it still useful today???), an install doc, a pci-e power connector two 6-pin to one 8-pin. ASUS added a geeky touch in the bundle: two stickers to customize a bit the VGA cooler. 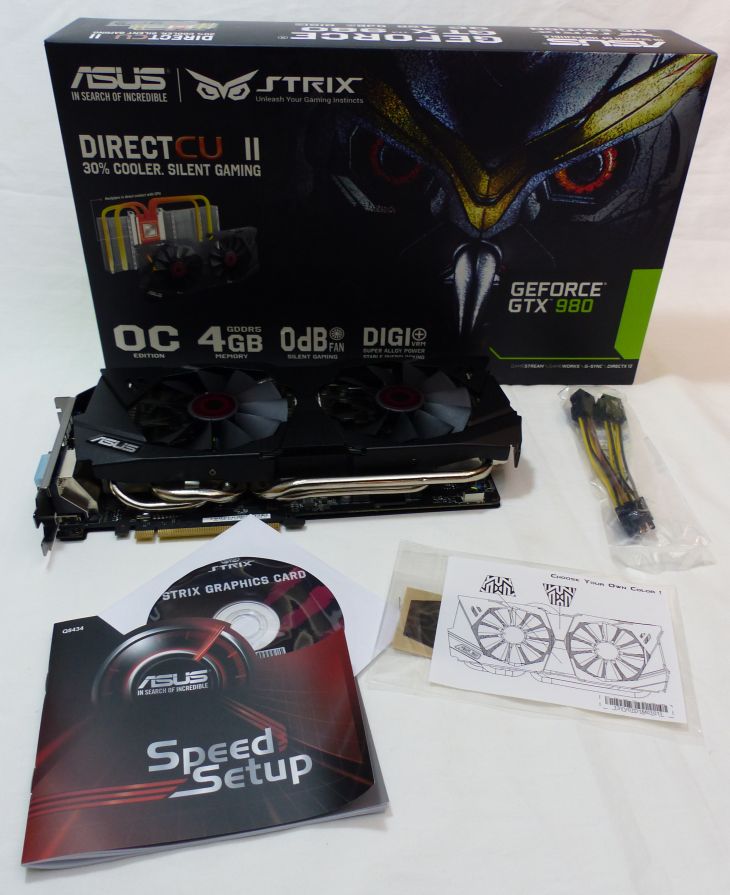 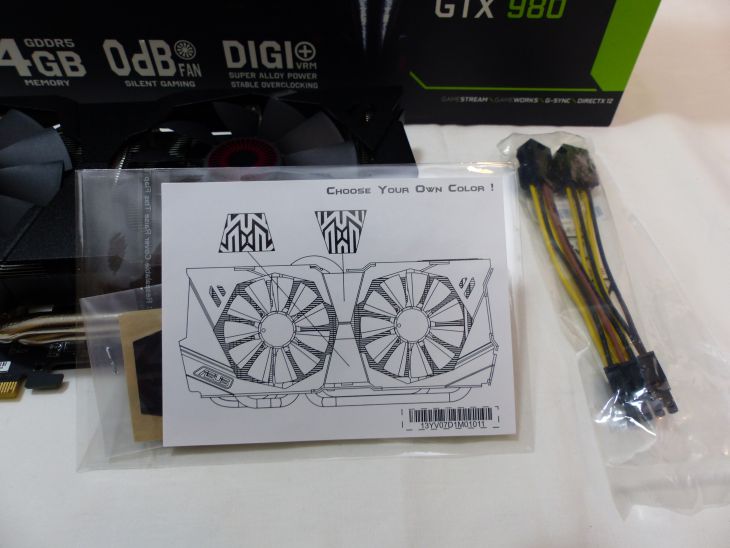 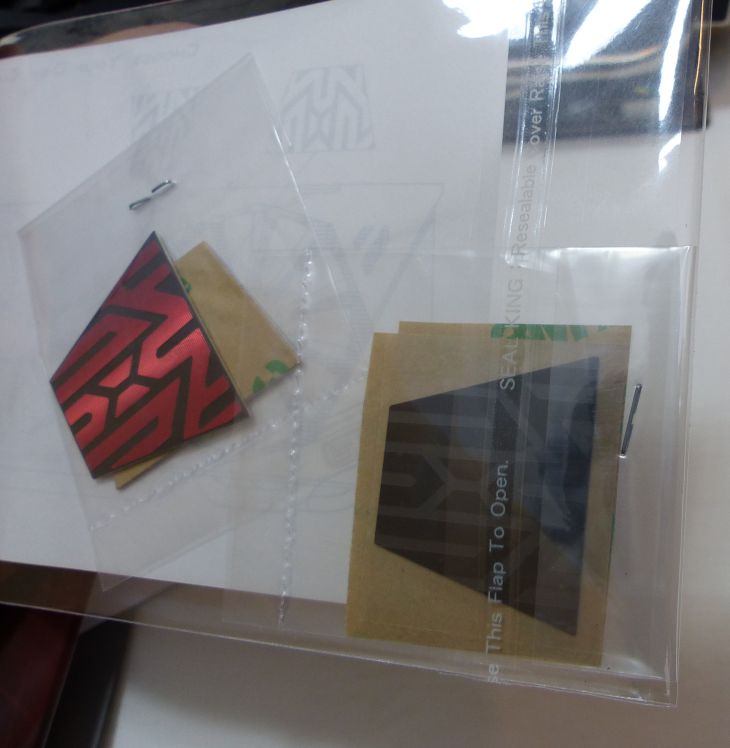 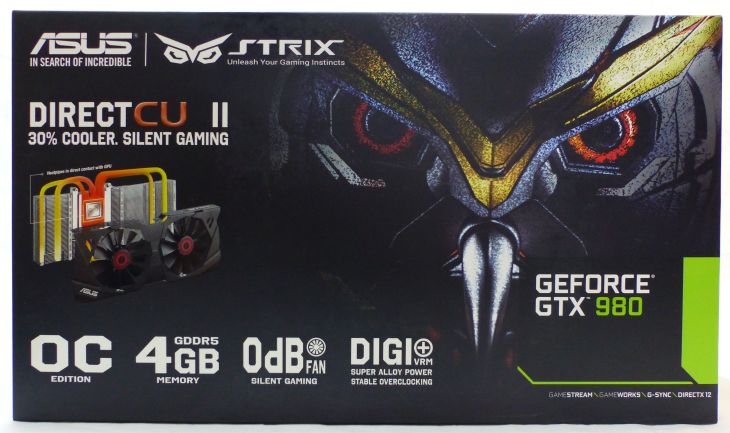 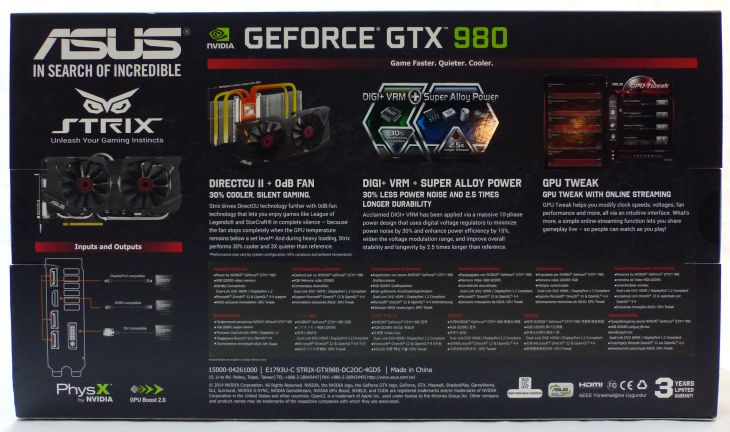 ASUS has equipped its GTX 980 with a custom VGA cooler based on the popular DirectCU II cooler technology. And the nice feature with this VGA cooler is that fans are completely stopped if the GPU temperature is below a threshold. ASUS has done a video that shows how this VGA cooler works: 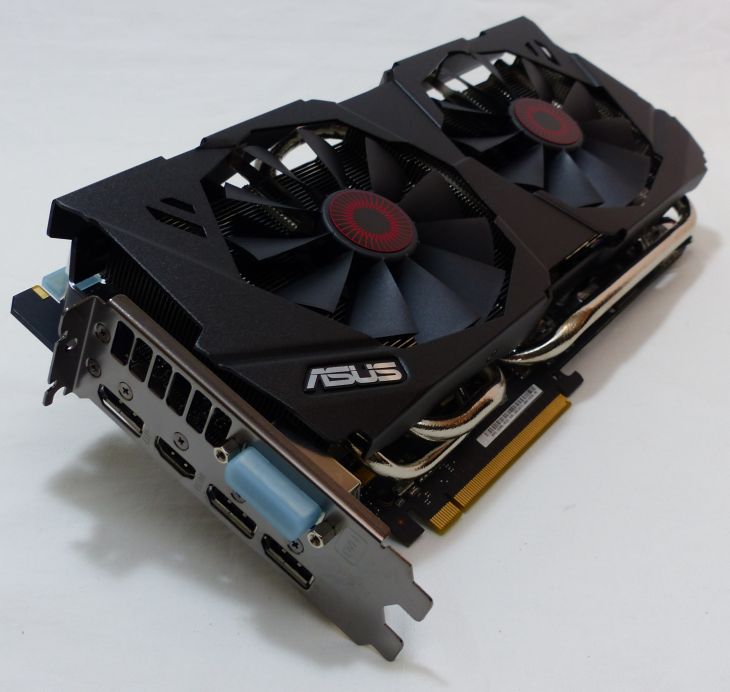 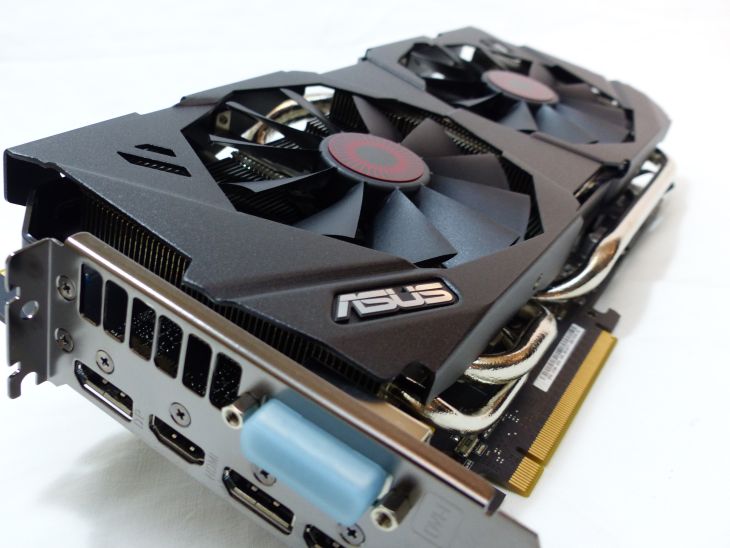 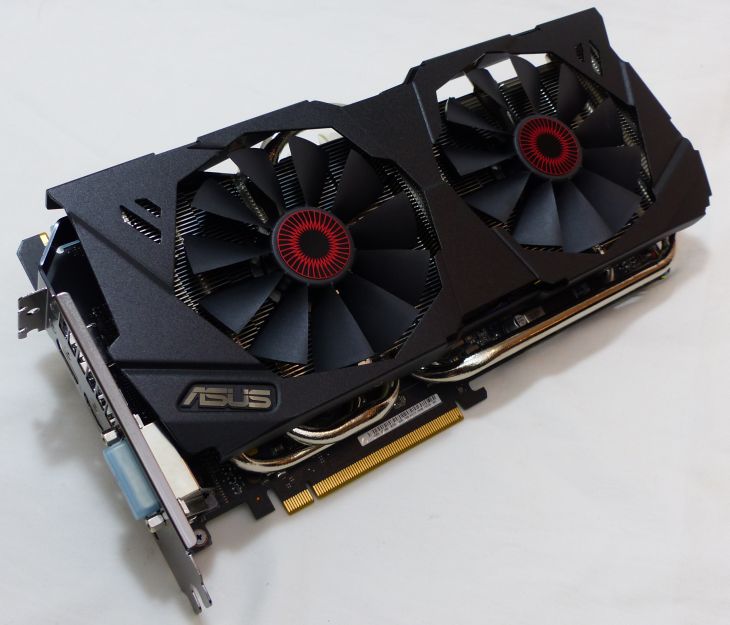 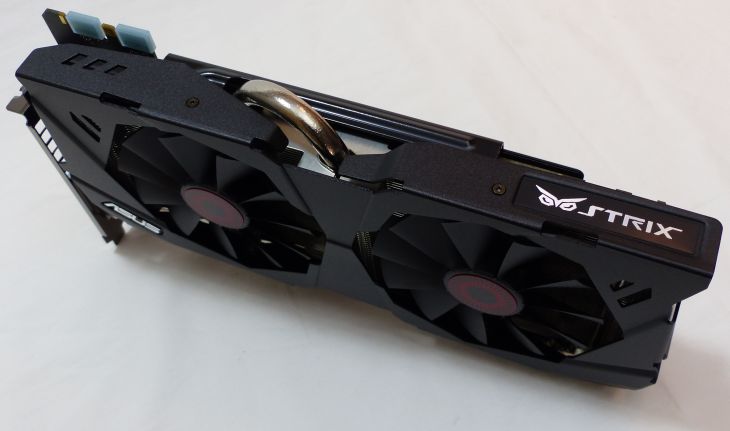 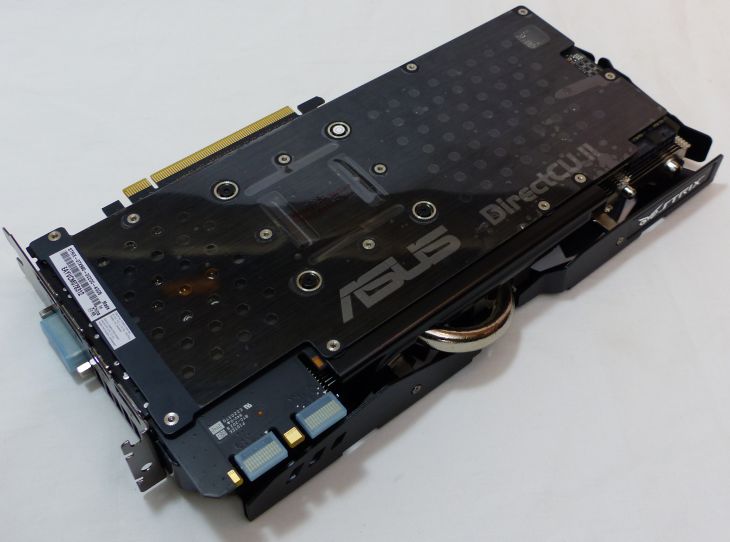 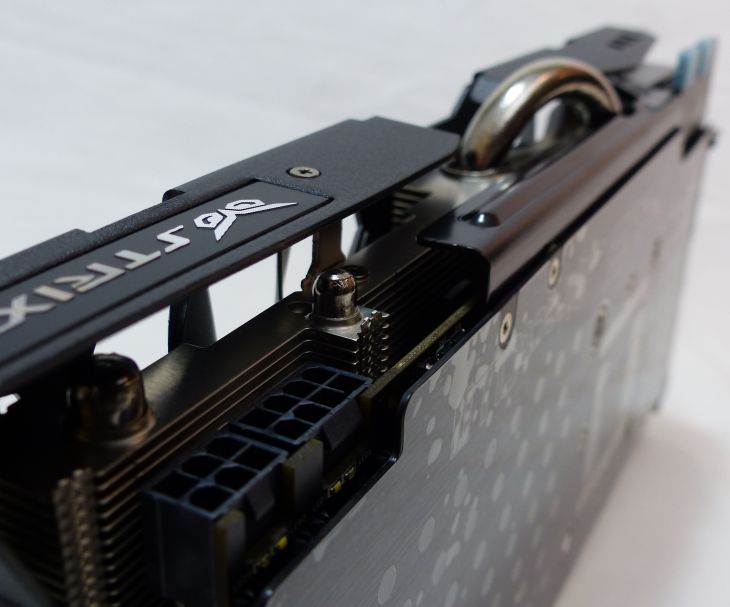 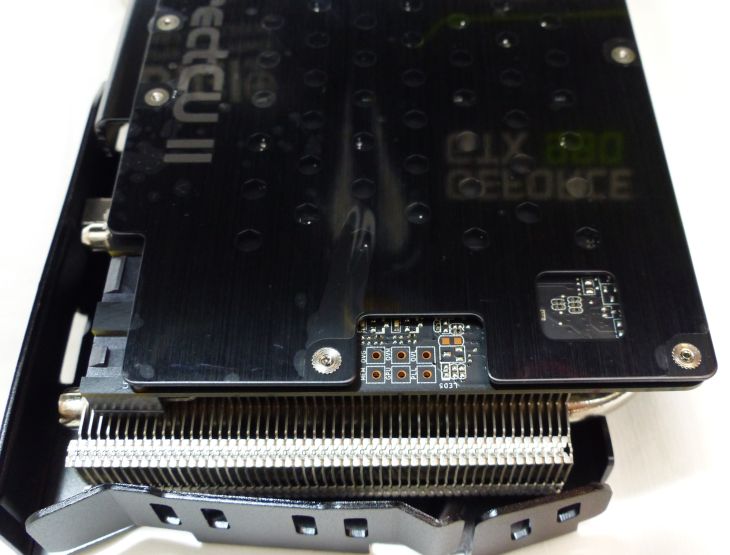 Four LEDs indicate if the power supply if ok or not: 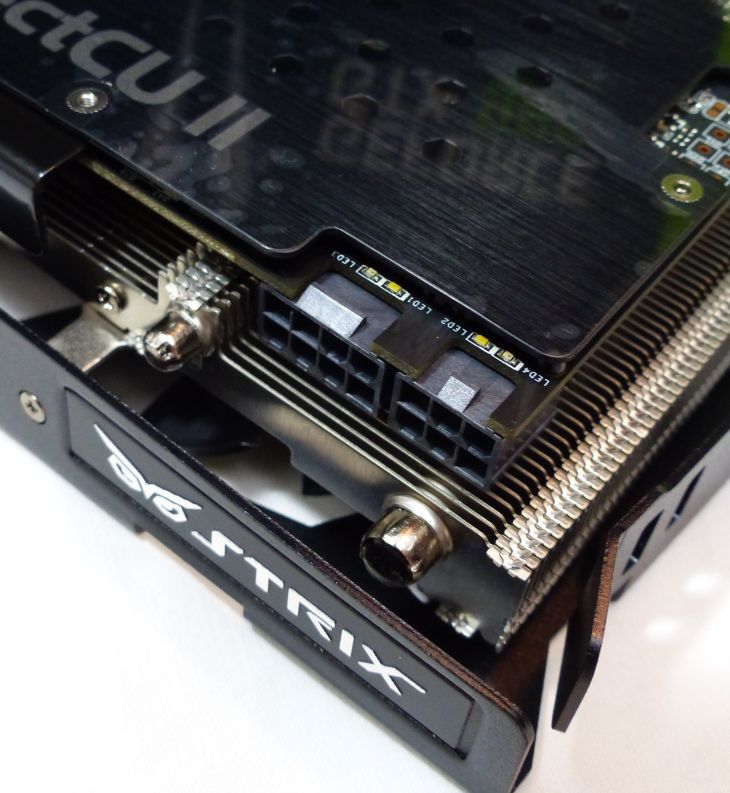 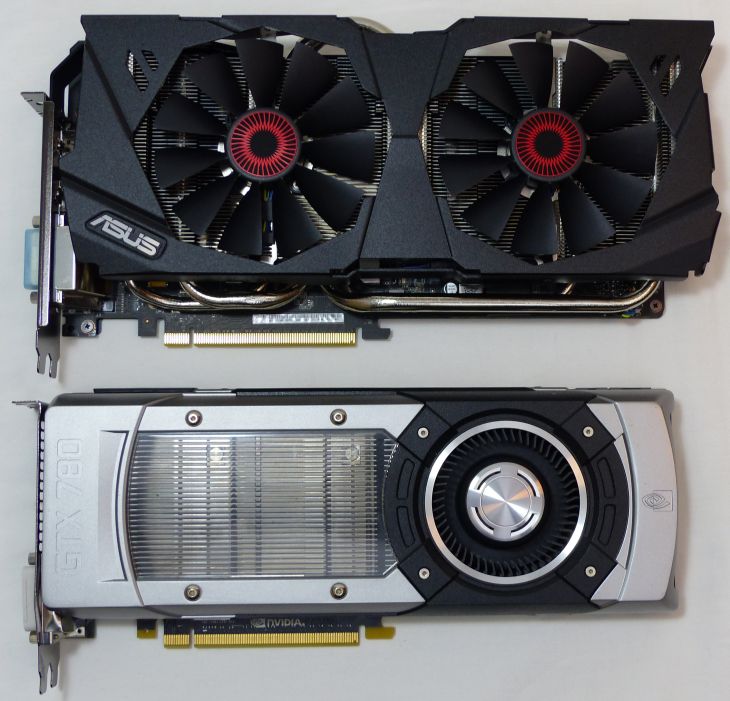 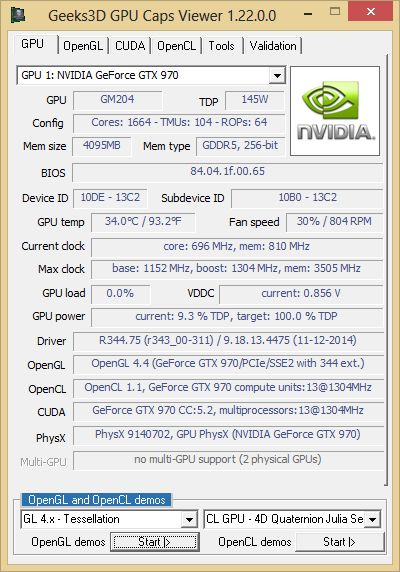 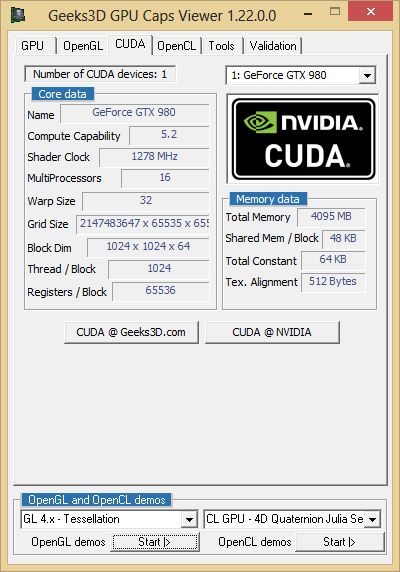 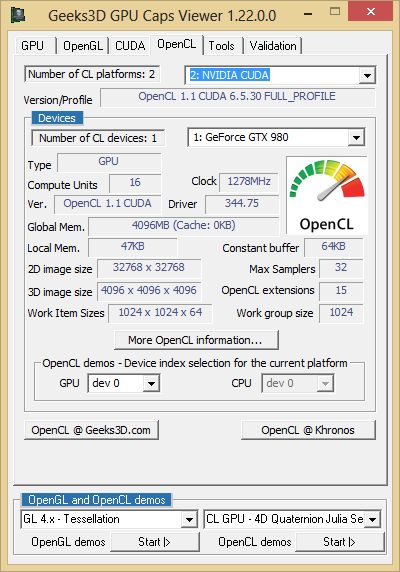 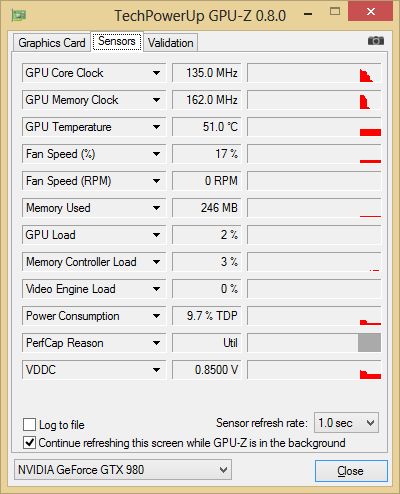 I benchmarked ASUS’ GTX 980 with several GPU tests. See THIS PAGE for all results in 1920×1080 fullscreen mode. 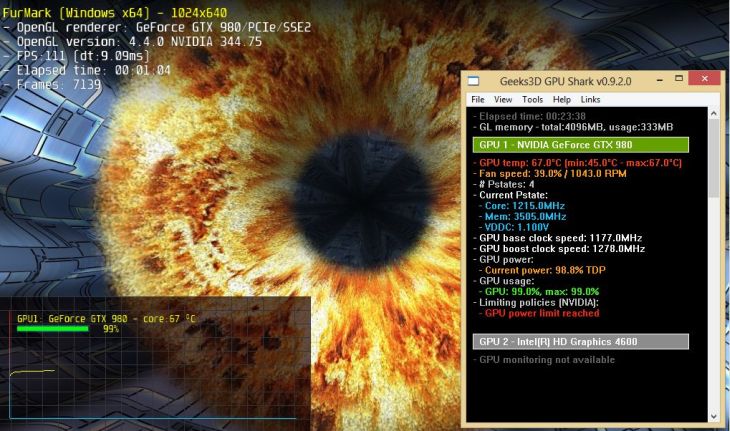 This card is FurMark-proof and it’s a good thing. All serious cards should be FurMark-proof. What does it mean? Simply that GPU core clock speed should not be downclocked by the graphics driver when the graphics card is tortured by FurMark. On some graphics cards, the GPU is throttled down, sometimes in a too aggressive way, because the power consumption is too high.

During the FurMark burn-in test, the GPU core clock was 1215 MHz which indicates that the power consumption is ok and is under the TDP. If the GPU clock speed is lower than the base clock (1177 MHz here) we would be in the case of GPU throttling because of too high power draw.

The GTX 980 Strix has successfully passed the FurMark stress test.

At idle, the total power consumption of the testbed is 50W and the GPU temperature is 32°C which is a nice temperature.

ASUS has designed a robust PCB and VRM (main part of the power circuitry) which allows a power draw higher than the reference TDP (165W for the ref GTX 970). This extra power consumption is mainly caused by the factory overclocking settings.

Under this torture test, the GPU temperature didn’t exceed 67°C and the VGA cooler was very quiet (even when the fans were spinning). Outstanding!

This GTX 980 Strix is another great product by ASUS. I didn’t overclocked this card due to the lack of time but I’m sure there is plenty of overclocking room under the hood. This card is the fastest graphics hardware I ever tested. This card dominates Gainward GTX 970 Phantom while having a lower power consumption.