I took some time this afternoon to update my hackintosh with the brand new OS X 10.10 codenamed Yosemite. Like the first time, I downloaded OS X Yosemite and put it on a bootable USB key (with Unibeast) following this tutorial about how to install OS X Yosemite on any supported Intel-based PC.

I installed OS X Yosemite with a Radeon HD 6870 (I tried first with a GeForce GTX 780 but impossible to start the installation with the GTX 780, no matter the command line options I entered at the Chimera boot screen: -x GraphicsEnabler=No, etc…). With OS X Yosemite and the ASUS P8Z77-V, only Radeon cards seem supported for the installation. 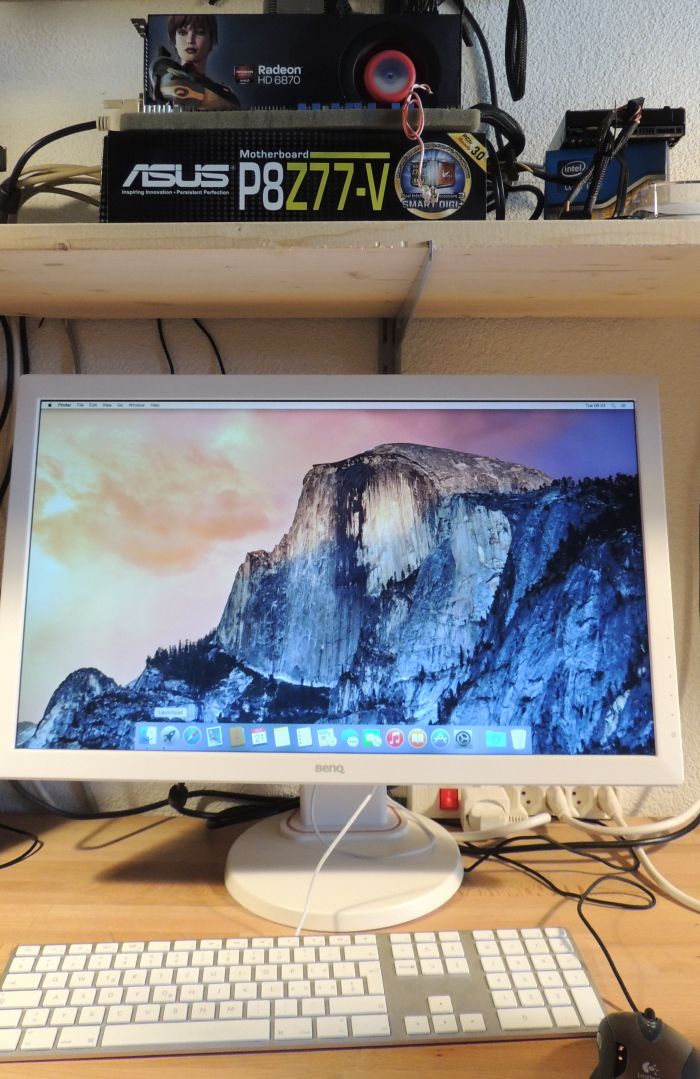 Once Yosemite is installed, you can change the graphics card: I started OS X 10.10 with the GeForce GTX 780 without problem. It’s cool, I can easily test my GPU tools with GeForce and Radeon cards on OSX! 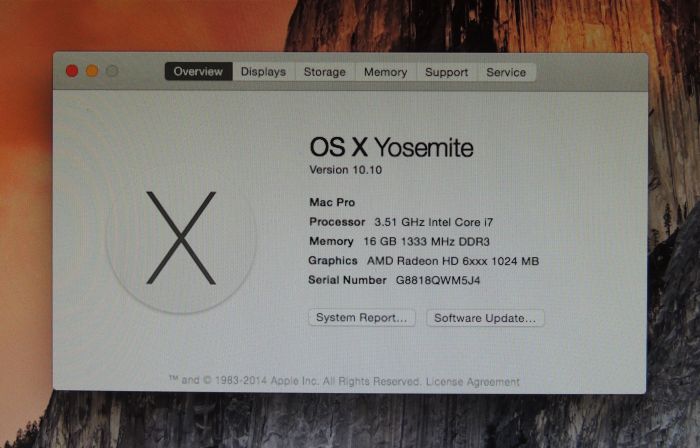 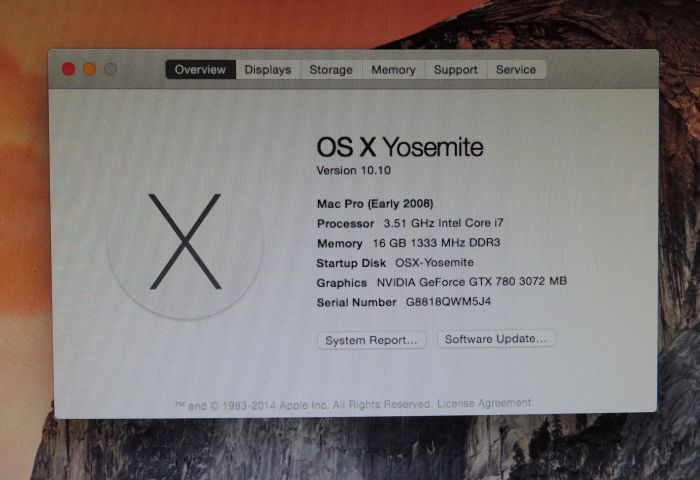 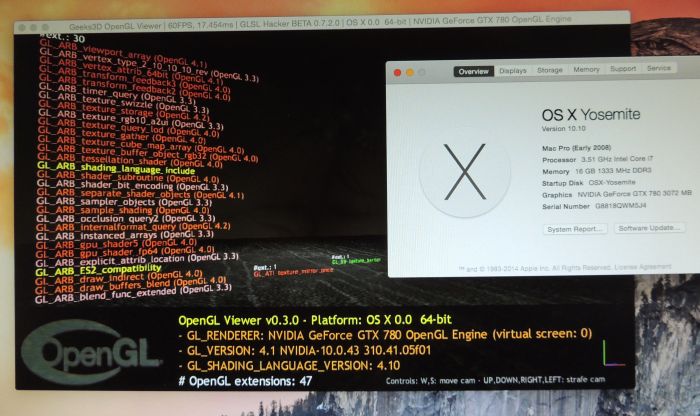 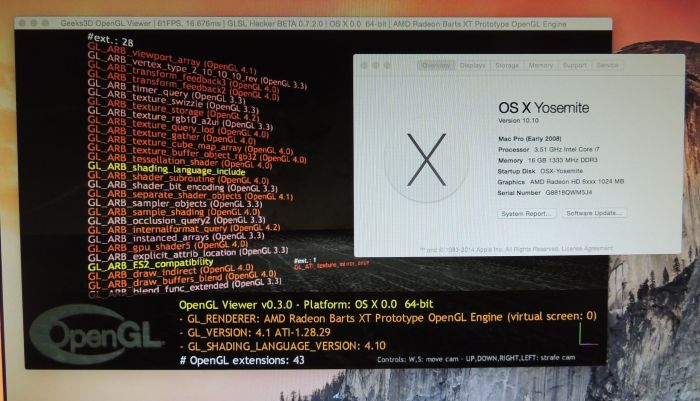 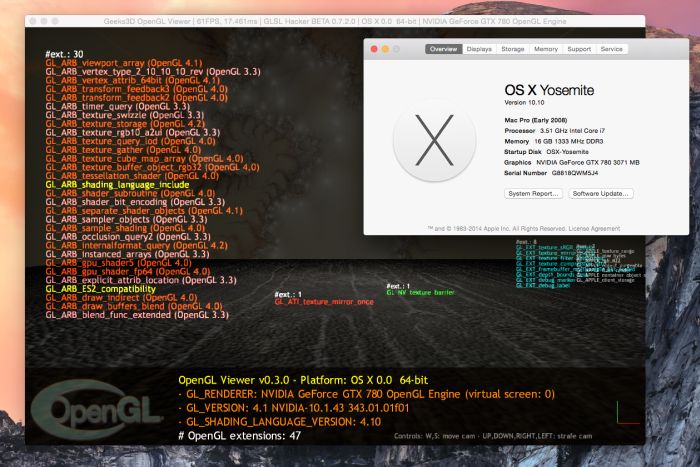 OS X Yosemite does not bring new version of OpenGL, we are still limited to OpenGL 4.1 like in Mavericks.

I quickly tested some GLSL Hacker demos and everything seems ok: 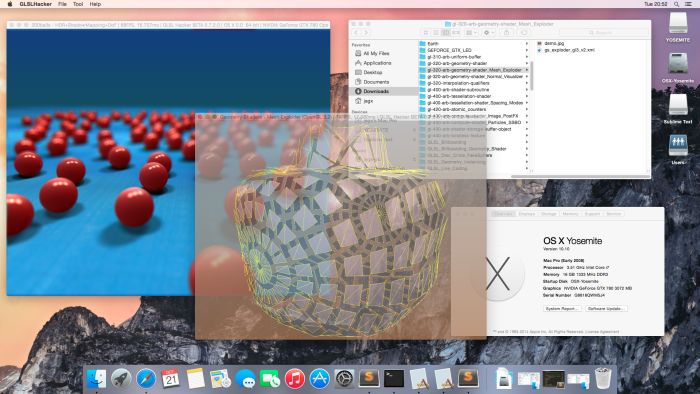 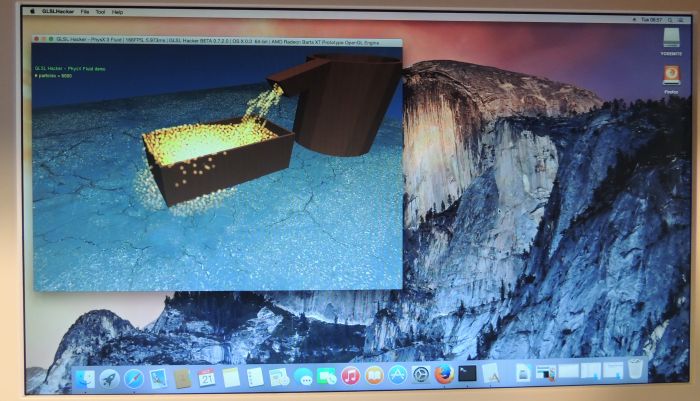 Next step: compilation of GLSL Hacker on OS X Yosemite with Xcode 6.1. I hope I won’t meet too many surprises…