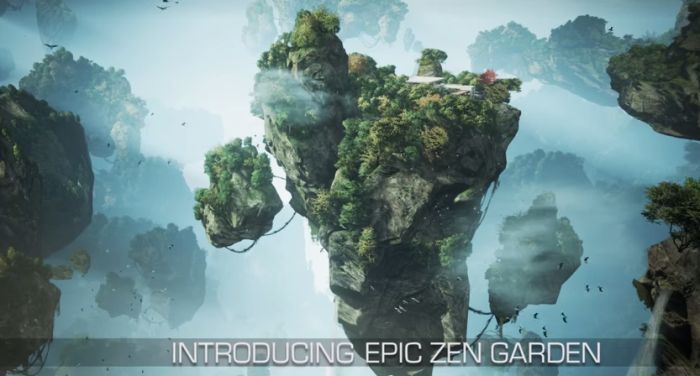 Epic Zen Garden is a tech demo based on Unreal Engine 4 and using the Metal API. Epic Zen Garden is available as a free download on iTunes and can be launched on A7 or A8-equipped device: currently iPad Air, iPad Mini Retina, iPhone 5S, iPhone 6 and iPhone 6 Plus.

Metal also supports offline shader compiling. This means we can do a lot of shader processing on the Mac instead of having to do it every time the application starts. Add it to the high-fidelity graphical capabilities and easy-to-use toolset of Unreal Engine 4 and you have the perfect combination to create breathtaking mobile experiences.