I like the BRIX. Or at least, I like its principle: a tiny gaming PC with much power. I installed several OSes without problem: Windows 7, Windows 8.1 and even Linux Mint 17. The SDD space and amount of system memory are not limited since you can customize them (with a max amount of 16GB of CPU memory). Two HDMI and one DisplayPort connectors allow to drive up to 3 monitors and the GTX 760 with 6GB of GDDR5 (why so much VRAM???) is very cool.

But the choice of a Kepler-based GPU is not the best choice for this kind of PC. A Maxwell-based GPU would have been probably a better idea. Or maybe a case with more room (and then with larger and less noisy fan) would have solved some of the overheating problems. If the fan noise was the only problem, it could be tolerable. But cooling noise combined to agressive GPU throttling (which results to lower performances, this boosted GTX 760 should be faster than a GTX 750) are the main issues of the BRIX GTX 760. If GIGABYTE manages to solve both issues (that are actually closely linked), the next generation of BRIX gaming PC can be a winner in the land of portable LAN gaming rigs. 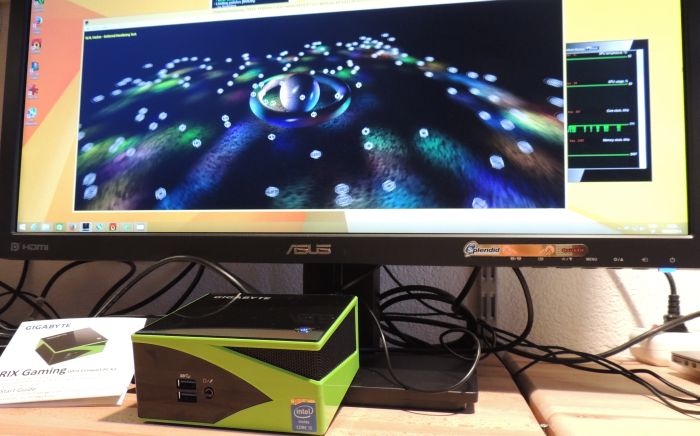