The GLSL Hacker demo is available in the host_api/Particle_PointSprite_vs_GS_Billboarded_Quads/ folder of the code sample pack. It’s recommended to use the latest GLSL Hacker 0.7.0.3 (I fixed a small bug related to fullscreen in this version).

Quick analysis: particle rendering with geometry shader is around 30% slower than with point sprites on Radeon GPUs. I was a bit surprised by this result because Radeon GPUs have a special hardware support in the geometry shader to make the transformation of a vertex into 4 vertices more efficient (see details in the Radeon HD 2000 Programming Guide, page 9). I asked to AMD OpenGL guru about this special support and actually there’s no mention in any internal documentation of that special hardware support for the 1:4 amplification case in geometry shader. This drop in performance is absolutely normal when comparing point sprites versus GS billboarded quads.

A french version of this article is available HERE. 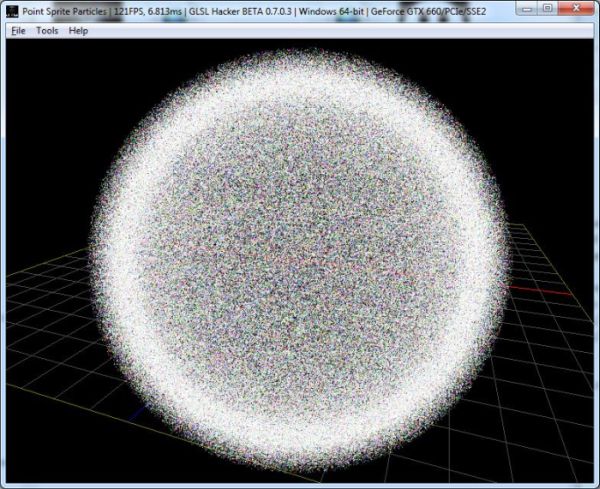