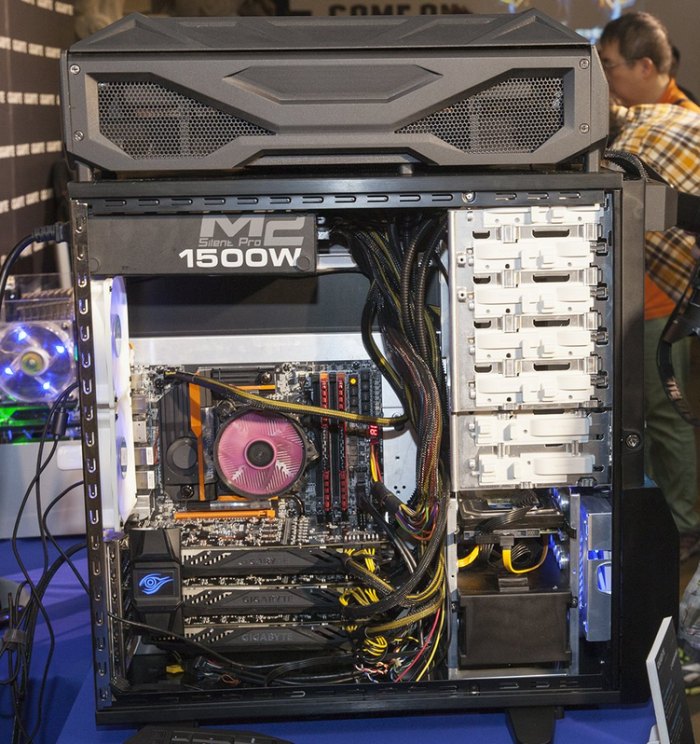 GIGABYTE has unveiled new versions of the WaterForce and WindForce graphics card coolers.

The WaterForce is an enormous liquid cooler designed to chill a 3-way SLI setup. The cooling core is so enormous that there’s no enough room inside a case. The WaterForce finds its place on the top of the PC case (the WaterForce is cooling three GeForce GTX 780 Ti).

The 3-way SLI setup is stressed by one of the latest versions of FurMark as we can see it on the following image: 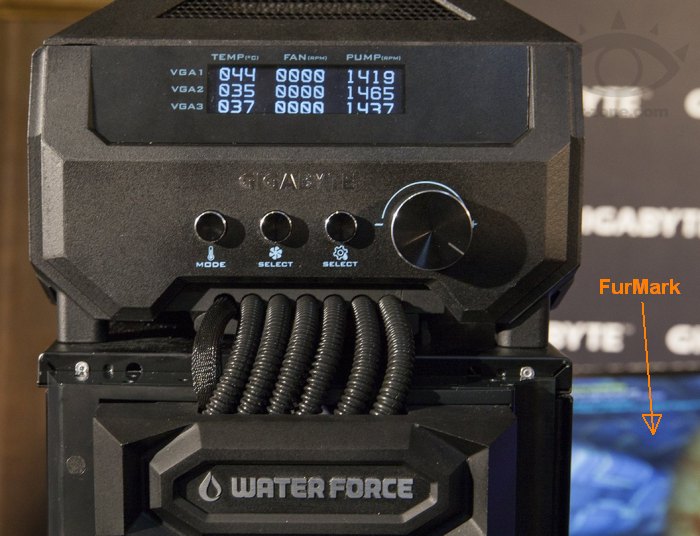 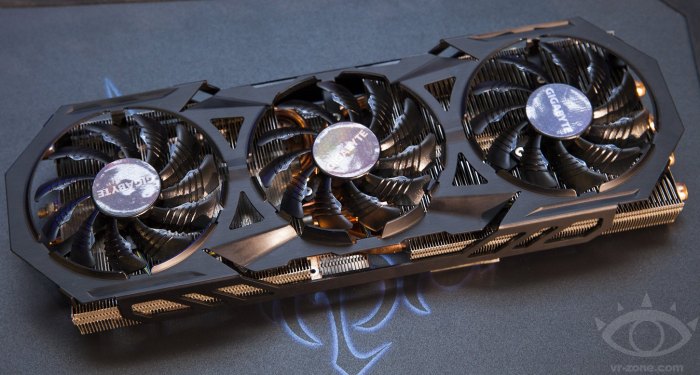 With the WindForce 600W, the GPU temperature of a GeForce GTX Titan Black does not exceed 70°C under FurMark while with the reference cooler, the GPU temp climbs over 80°C. 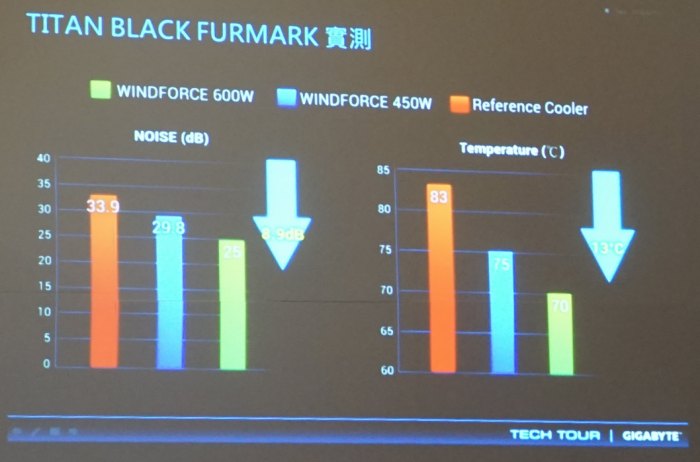 One thought on “GIGABYTE WindForce and WaterForce VGA Coolers”