You can download GPU Caps Viewer 1.20.1.1 here:
Webmasters: hotlinking is not allowed (that will cause an error message), please use the post url as download link.

After few weeks of tests, the GPU database is now operational allowing GPU Caps Viewer to be released in non-beta version.

GPU Caps Viewer 1.20.1 fixes a bug in the fan speed reading of NVIDIA graphics cards and adds the possibility to protect your submissions to the GPU database by a password. These submissions won’t be listed in public tables (but you have to remember the submit ID as well as the password to access to your data). 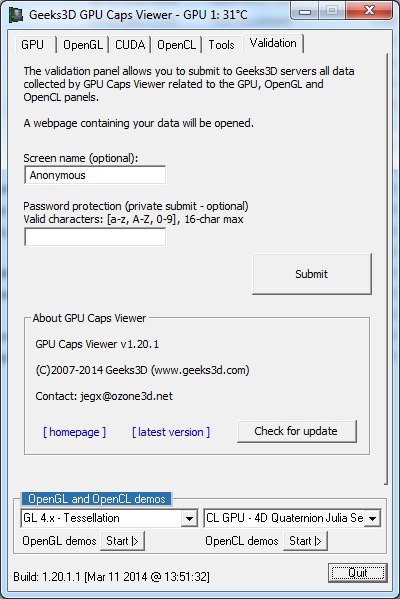 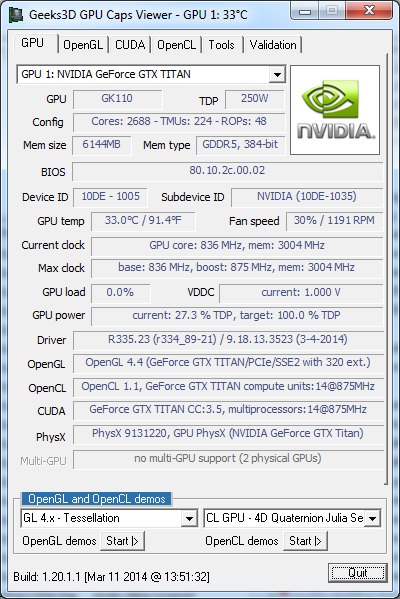