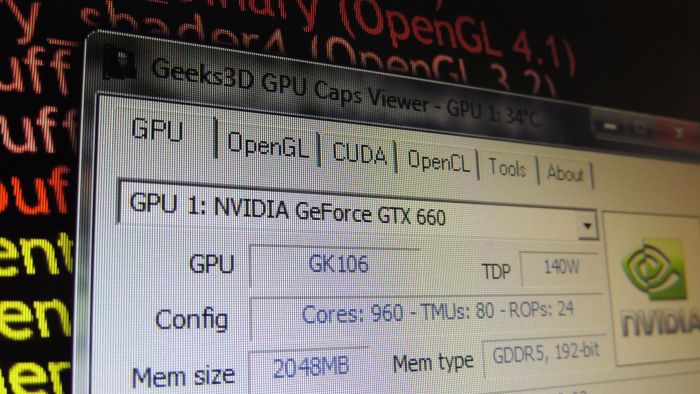 Finally I found the time to update GPU Caps Viewer. This new version brings the support of latest GeForce and Radeon cards (Geforce GTX 780 Ti, Radeon R9/R7 family as well as a stack of Quadro workstation cards (see the changelog).

The OpenGL tab has been updated and the OpenGL extensions list is now directly visible. For OpenGL 3/4 extensions, the OpenGL version is indicated near the extension name. 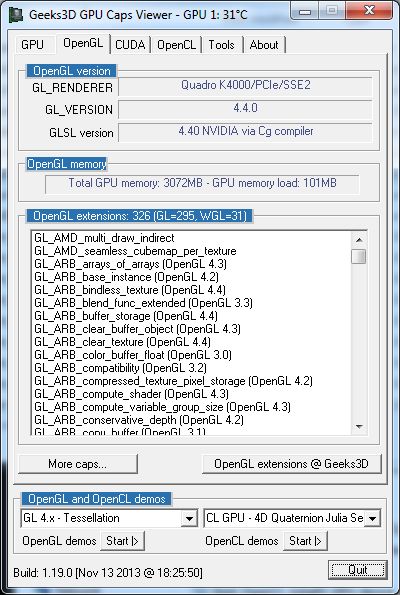 OpenGL panel for a Quadro K4000

The GPU has been updated too with a minor change: now the GPU configuration is displayed: cores – TMUs – ROPs: 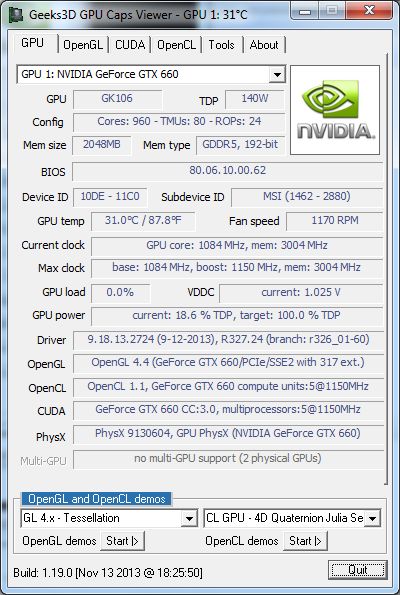