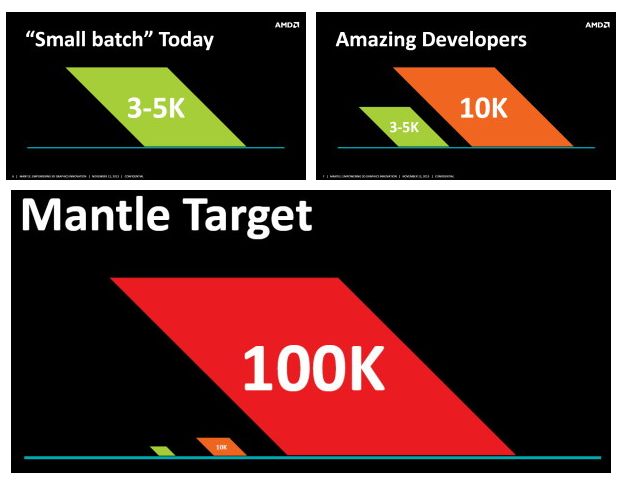 Here are the first technical slides about Mantle, the low level API for Radeon cards on PC. According to AMD, it will be possible to have up to 100K render calls per frames with Mantle, while today, optimized render codes achieve only 10k draw calls/frame.

Mantle is a low and high level API: some parts of Mantle are lower than OpenGL and Direct3D while other parts are similar to what OpenGL/D3D offer. Mantle will bring a better graphics memory management and better management of the render command lists. Nice consequence for multi-GPU setups (CrossFire): the developer will be able to decide which GPU will process the render command lists: asymmetric rendering, beyond AFR. For example one GPU for scene rendering, a second GPU for post processing. AMD introduced the concept of monolithic pipeline: it’s a big rendering context that defines all render states, all GPU programs. Mantle simplifies the resource management: there will be only memory zones and rendering zones (images).

The first public documentation will be published during the next GDC 2014 and the first final version of Mantle will be available not before Q3 2014.

Another interesting fact is that Mantle is not limited to AMD Radeon GCN architecture. The core of Mantle could be ported to other GPUs (NVIDIA for example, some NVIDIA GPU designers were present at the AMD Mantle talk #APU13). 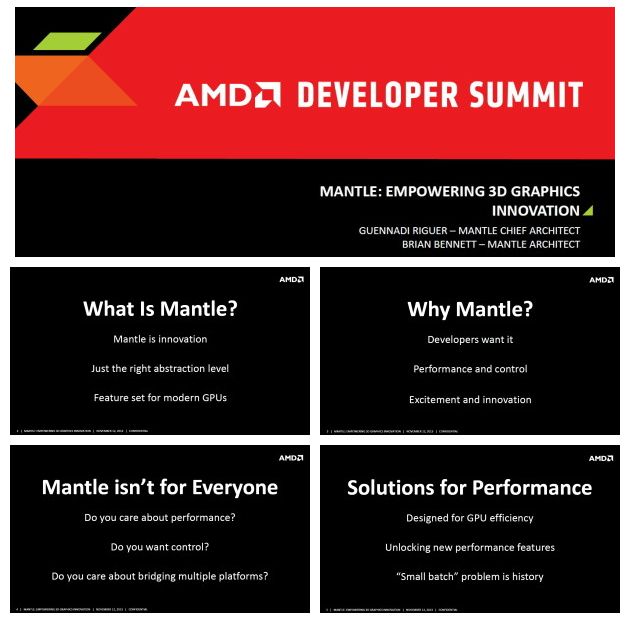 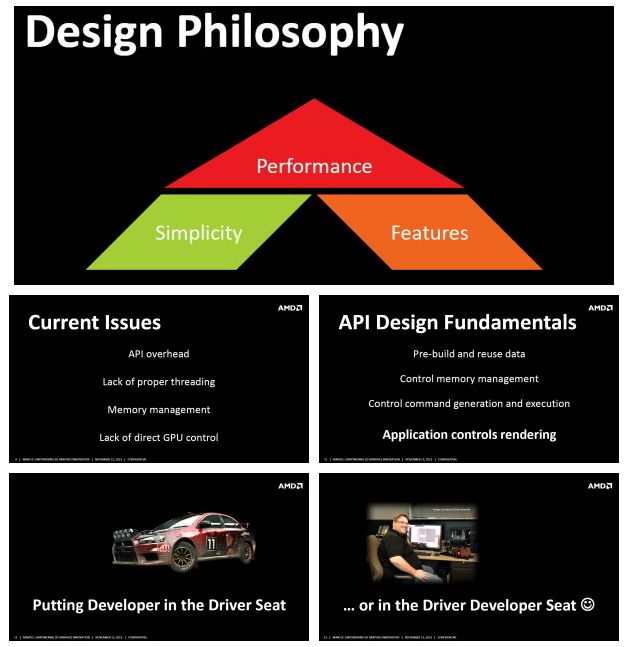 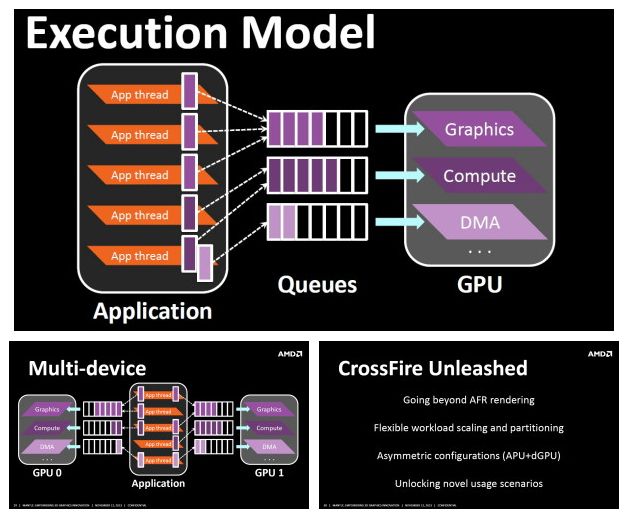 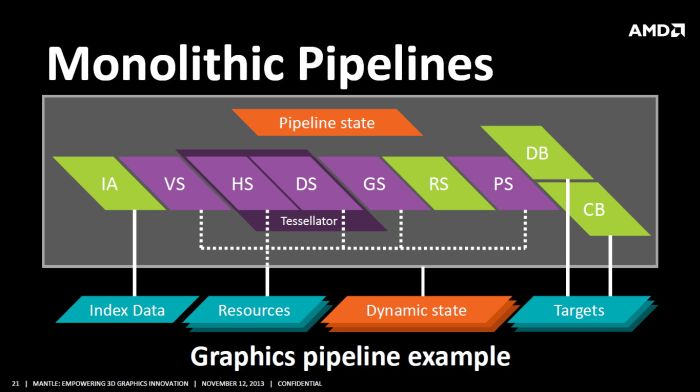 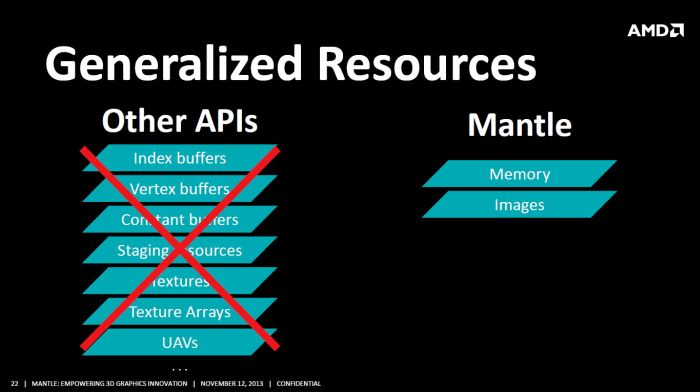 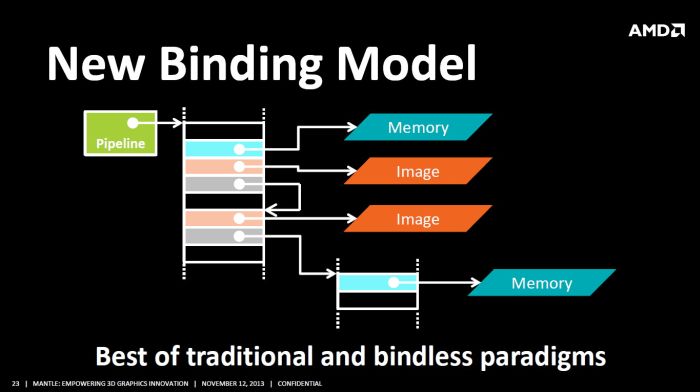 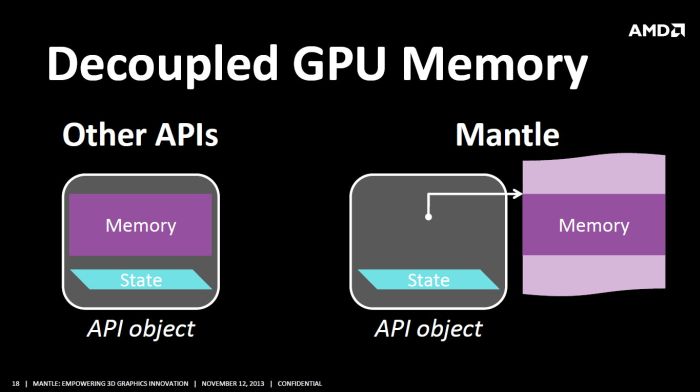 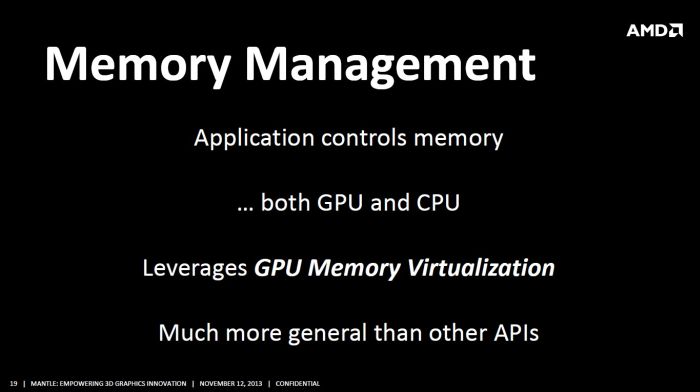 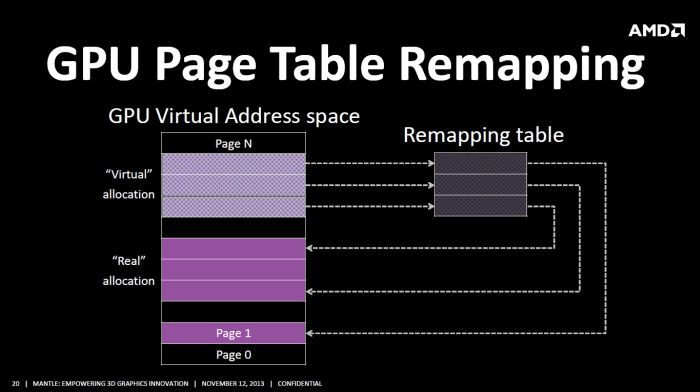 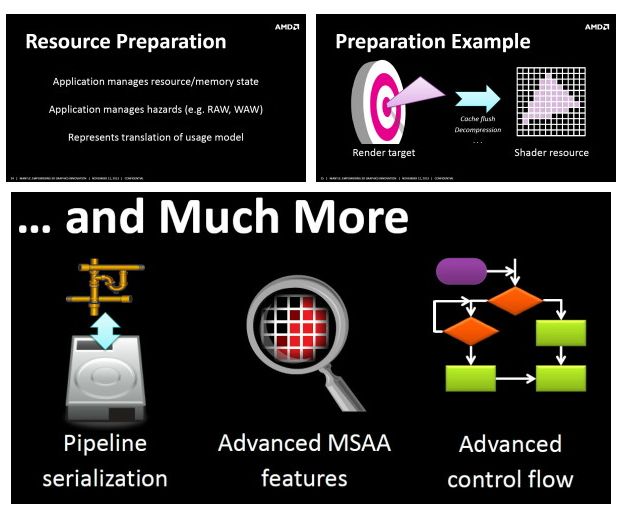