Look at the following screenshot: 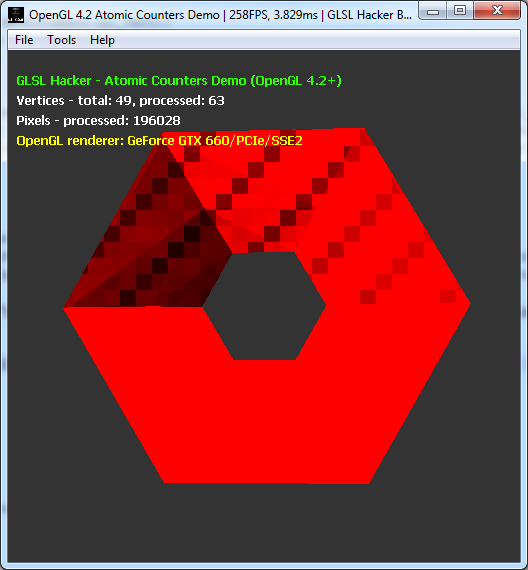 The torus is made up of 49 vertices. But according to the atomic counter used to count the number of times the vertex shader has been executed, 63 vertices have been transformed. That means that 14 vertices have been transformed twice. In the case of GLSL Hacker, I would say it’s normal because there’s no particular mesh processing to take advantage of the GPU vertex cache (see Post Transform Cache for more details). Now if the vertex cache is correctly used, we should have a number of processed vertices smaller than the total number of vertices of the mesh.

Here is how to use the atomic counter in the vertex shader to count the number of processed vertices:

Once the rendering is done, you can read the content of the atomic counter with glMapBufferRange/glUnmapBuffer or with glGetBufferSubData.

More OpenGL code is available HERE or in the references at the end of the article.