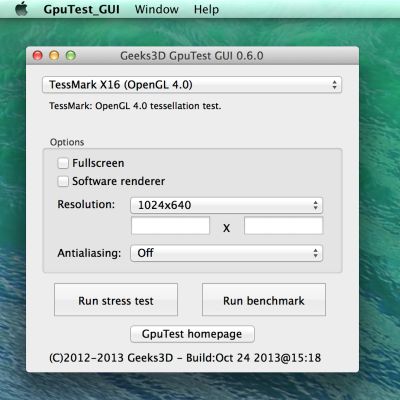 I also added in the test a desktop GeForce GTX 660 and the MacBook Pro Retina Mid 2012 with the GeForce GT 650.

The 3D tests have been done with sector plugged (not on the battery) to have the maximum performance. When running only with the battery, the GPUs run at lower clock speed (the Radeon HD 8570M and the HD Graphics 4000).

Here is a test of the SSD unit with CrystalDiskMark. Detail on the SSD are provided by CrystalDiskInfo: 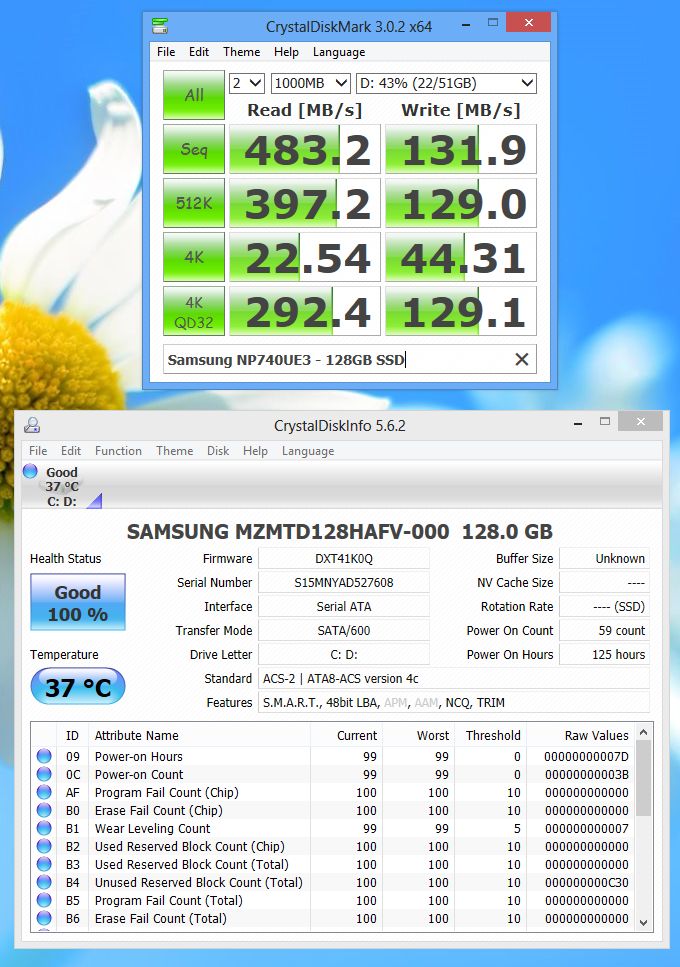 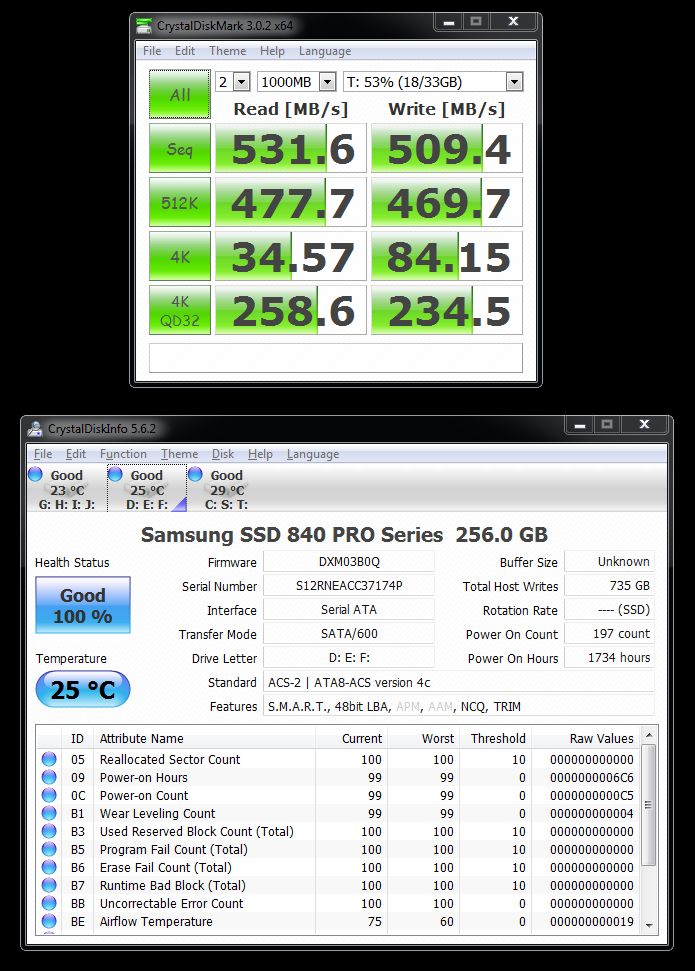 A quick productivity test: the zip compression time of a 1.8GB folder containing 6200 files. On Windows, I used WinRAR, on OS X, I used the built-in ZIP utility:

Other tests that are missing in this review and that I should do: the battery and the WIFI. But I’m sure you will find them in other reviews on the Net. A quick search on google tells me you can work and play videos for around 5 hours (using the Intel HD 4000 GPU).

Quick conclusion: I’m really satisfied by this ultrabook because I can do everything I need: development (GLSL Hacker, FurMark, etc), testing a hybrid system with Intel GPU + AMD GPU, testing and shortly integrating the touch screen support in GLSL Hacker, surfing on the Net.
The Radeon HD 8570M is not a powerful GPU (casual gaming) but all I need is a Radeon GPU to test my OpenGL code. So it’s perfect for me.

I forgot: music. The sound is good, even very good (JBL speakers). But this appreciation is highly subjective. I can’t tell you if I prefer the sound of the MacBook Pro or the NP740UE3 one…

More information and complete specifications of the NP740U3E (ATIV Book 7) can be found HERE.