I upgraded my MacBook Pro with the big (5GB) update without problem. Very cool!

More information about OS X 10.9 can be found HERE. The main new features are listed HERE. You can now open folder in a new tab in the Finder (woooaooooo …). This is nice because this feature was missing. but opening a folder in a new Finder window would have been really useful too (I can’t work under Windows or Linux without this feature, I wonder how I can under OSX…) The Finder offers both options: opening a folder in a tab or in a new window. Great! Just go in the Finder Preferences and check/uncheck Open folders in tabs instead of new windows. 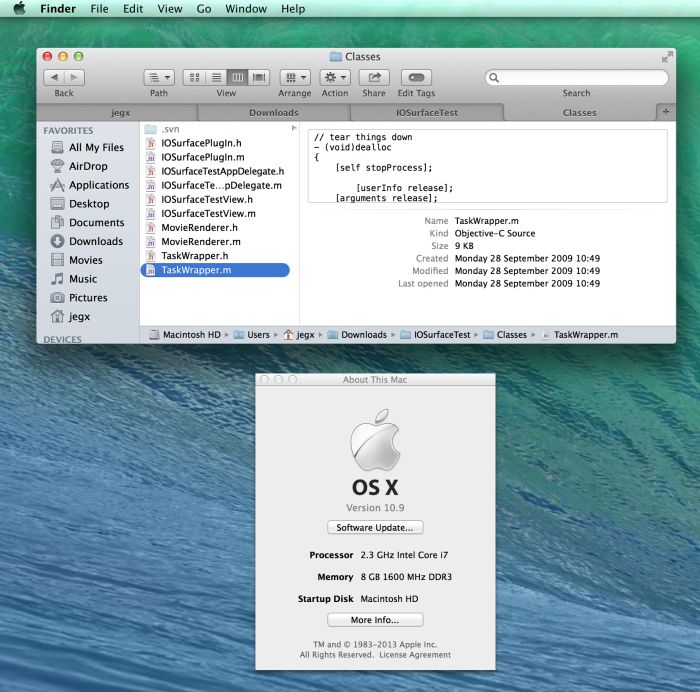 But the most important feature for me is the support of OpenGL 4.1. Okay, OpenGL 4.1 is an old version for Linux and Windows users but for Mac users, it’s big step. 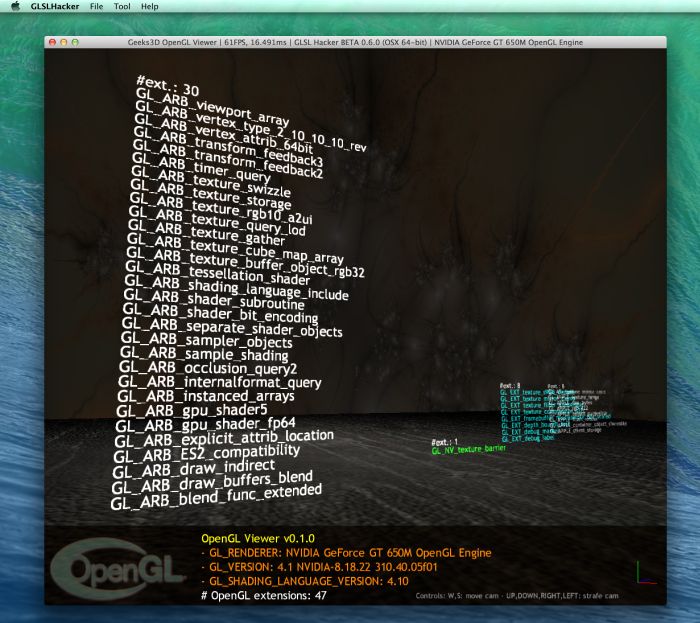 The new OS X 10.9 is available with 47 OpenGL extensions compared to the ones present with OpenGL 3.2. 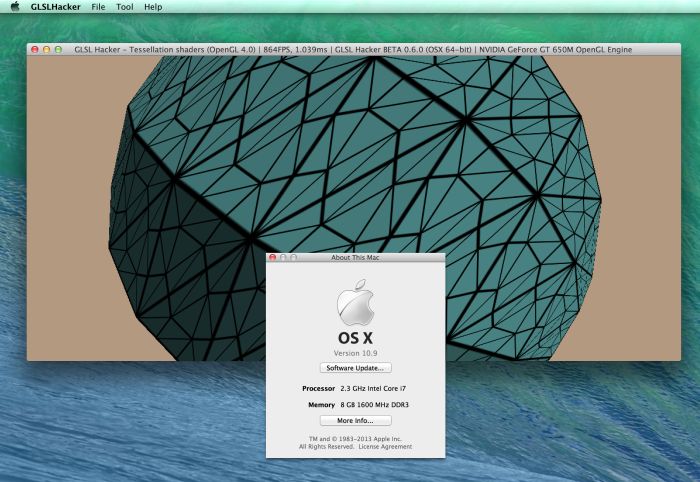