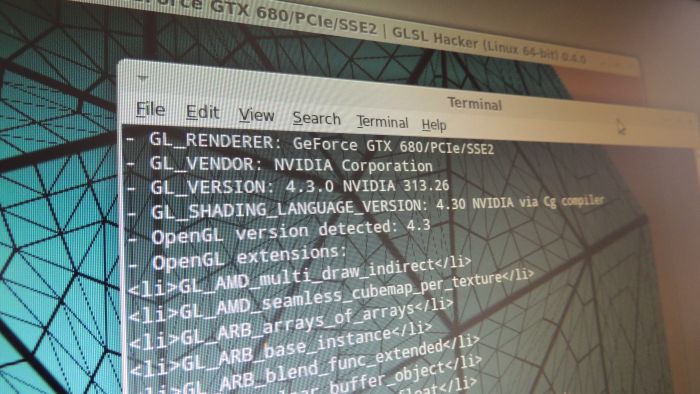 NVIDIA has released a new set of graphics drivers for Linux / Unix world. R313.26 comes with new graphics cards (like the GeForce GTX Titan or some GeForce GT 7xxM for notebooks). In the OpenGL side, a bug has been fixed at the level of glXSwapIntervalEXT.