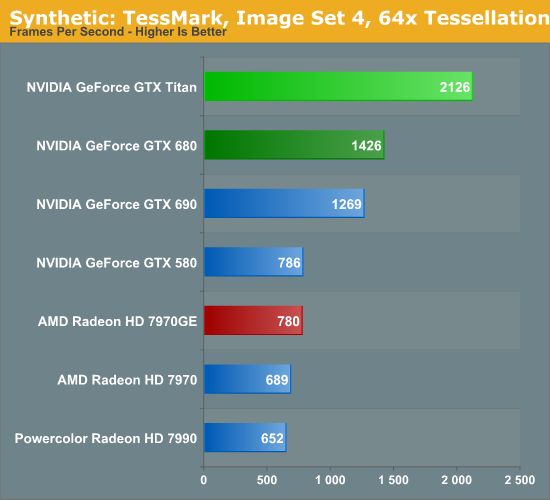 According to this screenshot of TessMark scores (from AnandTech), the GeForce GTX Titan is around 50% faster than the GTX 680 in tessellation. 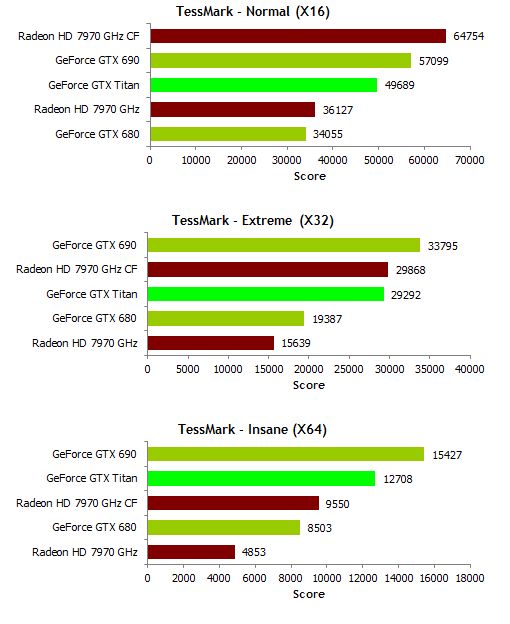 The last couple generations of Nvidia GPU architectures have been able to sustain much higher levels of polygon rasterization and throughput than the competing Radeons. The big Kepler continues that tradition, easily leading the GeForce GTX 680, even though its peak theoretical rasterization rate isn’t much higher. Most likely, the GK110’s larger L2 cache and higher memory bandwidth should be credited for that outcome.