The answer is given by the tessellation spacing (or fractionning in Direct3D 11). There are 3 spacing modes in OpenGL: 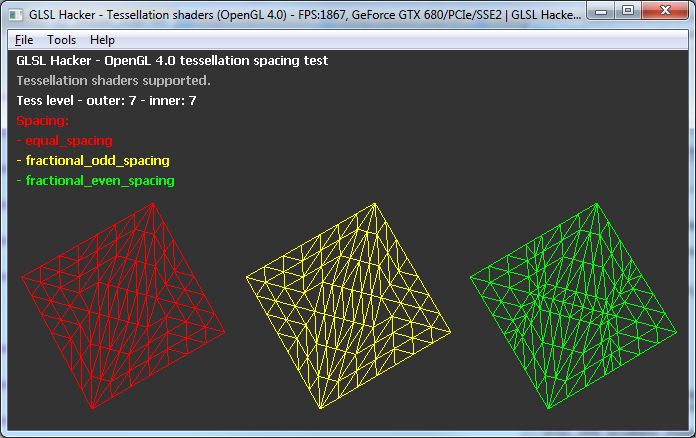 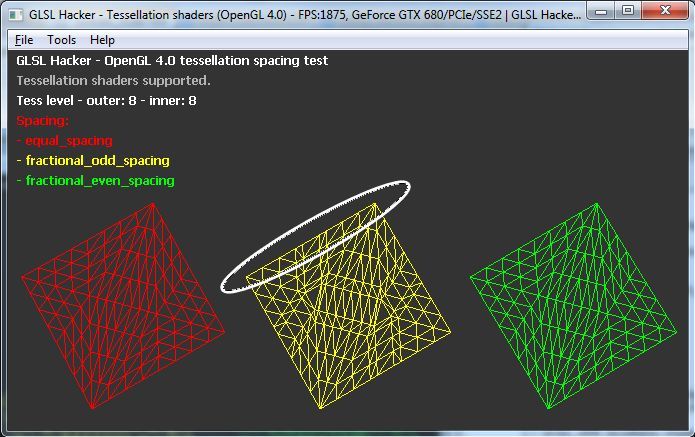 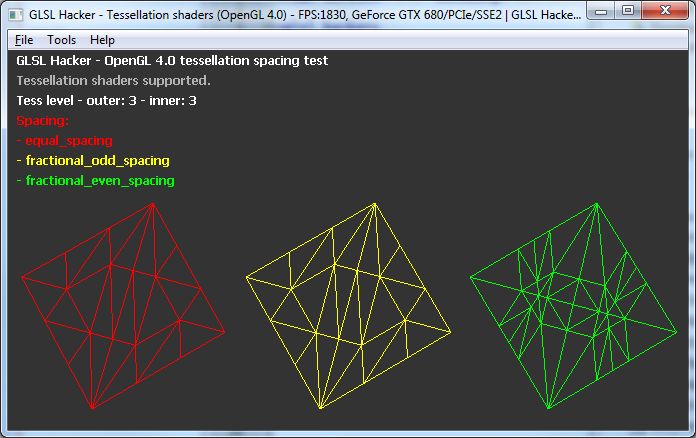 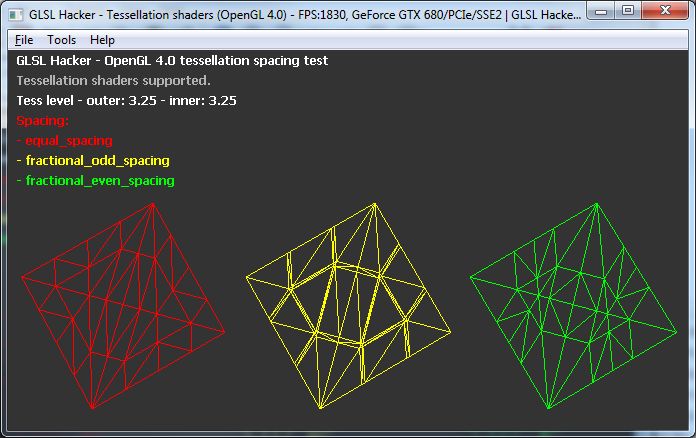 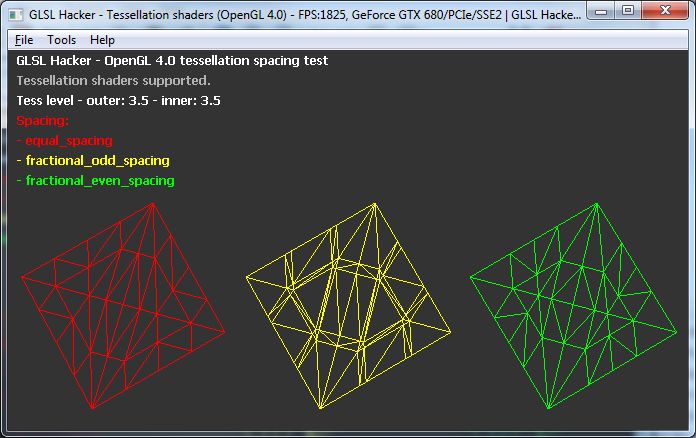 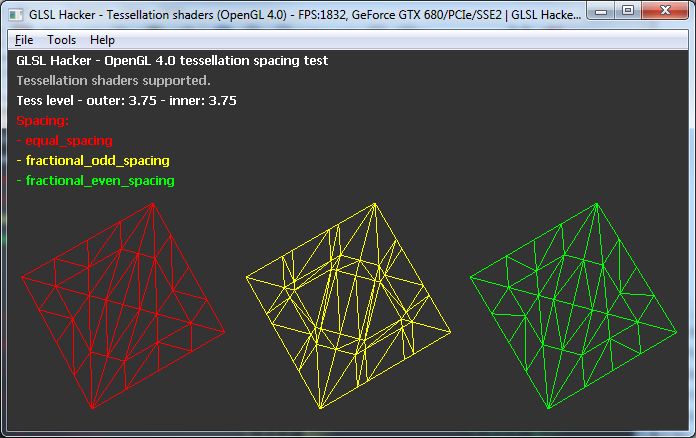 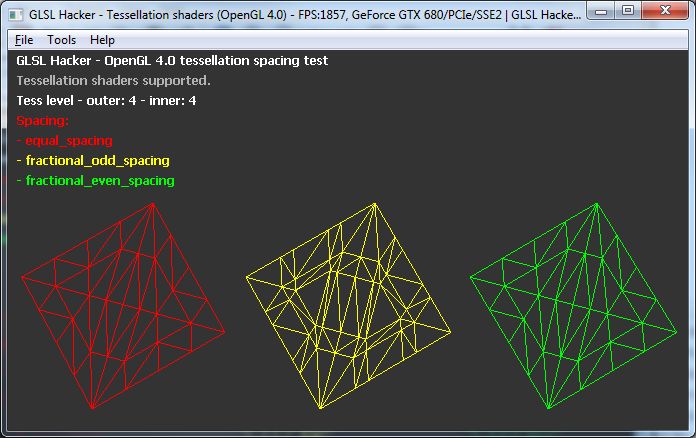 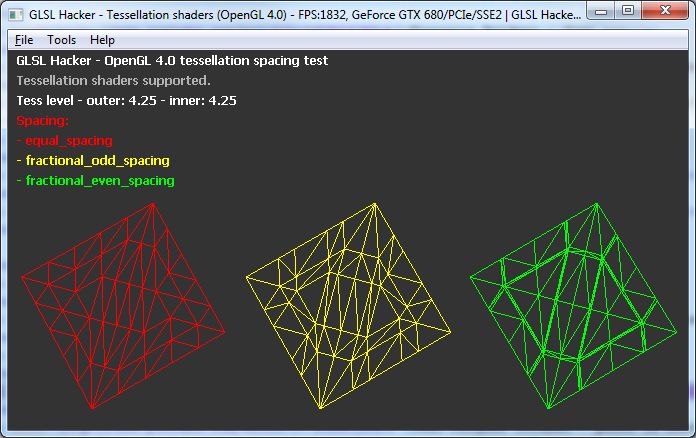 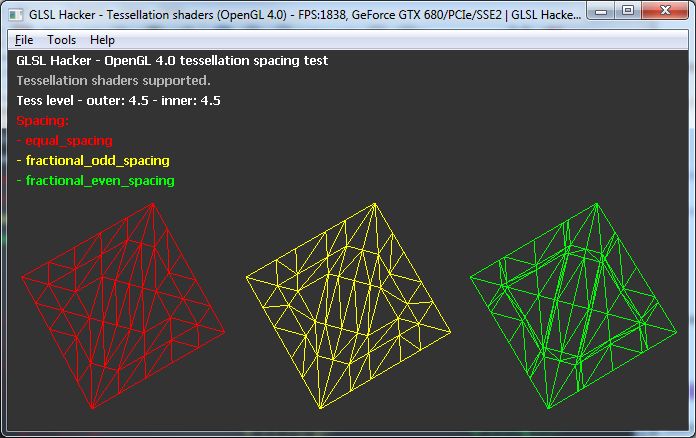 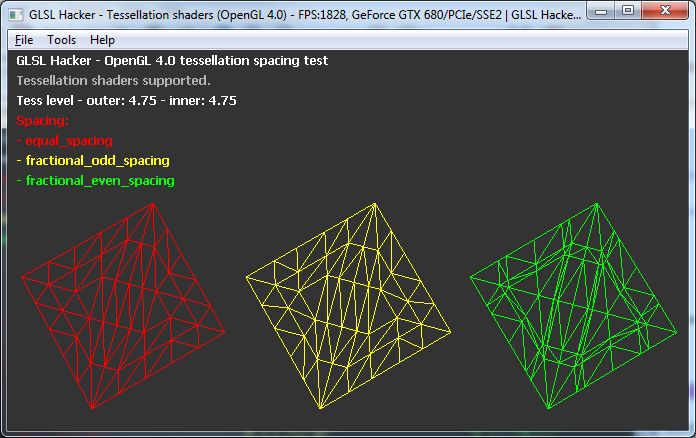 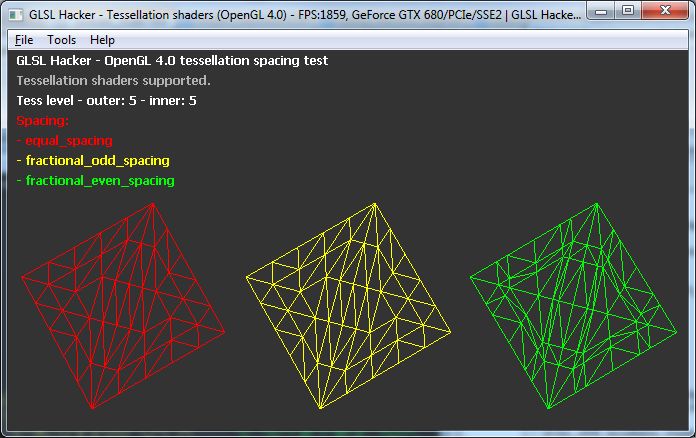 You can play with the demo and live-code the tessellation shaders with GLSL Hacker (Windows, Linux and OSX). You will find the demo in the GLSL_Tessellation_Spacing/ folder of GLSL Hacker code samples pack (Note: this demo can run on Windows and Linux only).

To end up the article, here are Direct3D 11 tessellation partitioning modes:

One thought on “Know Your OpenGL Tessellation Spacing Modes”