GpuTest 0.2.0 is the first public version of a new cross-platform GPU stress test and benchmarking utility. GpuTest is based on OpenGL and is available for Windows (XP, Vista, 7 and 8), Linux and OS X. The current version is available in 64-bit only and I don’t know if a 32-bit version will see the light of day…

This first version of GpuTest comes with 3 tests (other tests will be added in next versions):

All tests can be launched on Windows and Linux. Regarding Linux, I developed and tested GpuTest under Linux Mint 13 64-bit. I didn’t tested it with other distributions. 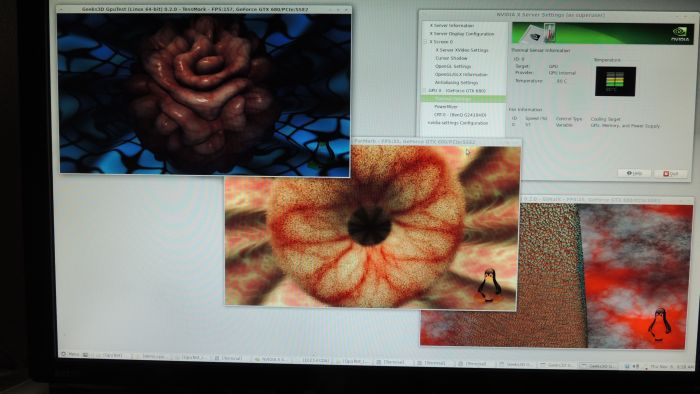 GpuTest – All tests under Linux Mint 13

On OS X, only two tests are available: FurMark and GiMark. The test based on TessMark requires an OpenGL 4.0 and OSX 10.8 supports only OpenGL 3.2. But GiMark is an OpenGL 3.3 test, so why can we launch it on OSX? Actually OSX 10.8 supports a subset of OpenGL 3.3 features and geometry instancing is among these features. More information here: Overview of OpenGL Support on OS X. 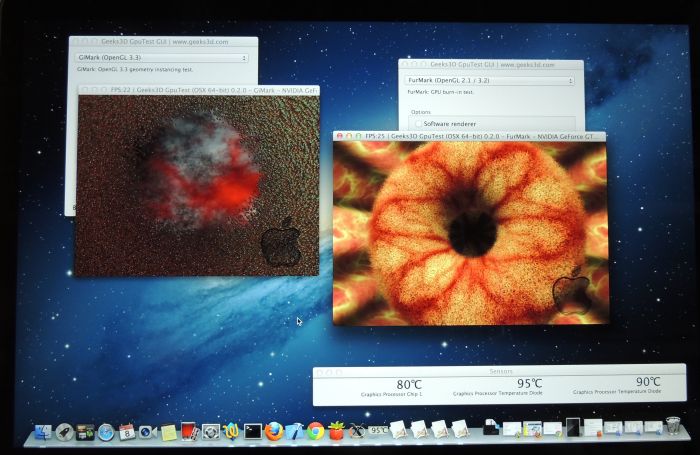 On Windows and OSX, GpuTest comes with a graphical user interface (GUI) to launch the different tests. On Linux, a set of scripts is provided to launch the tests. 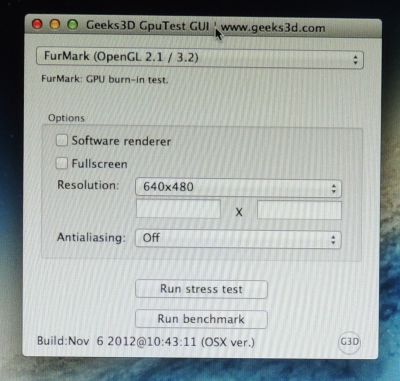 The latest version of GpuTest can be downloaded from this page: GpuTest Downloads

Here is an overview of some scores with the first version of GpuTest. A tested with an Intel Core i5 @ 3.1GHz has been used for Windows and Linux scores. For OSX scores, a MacBook Pro with Retina display (15-inch) has been used.