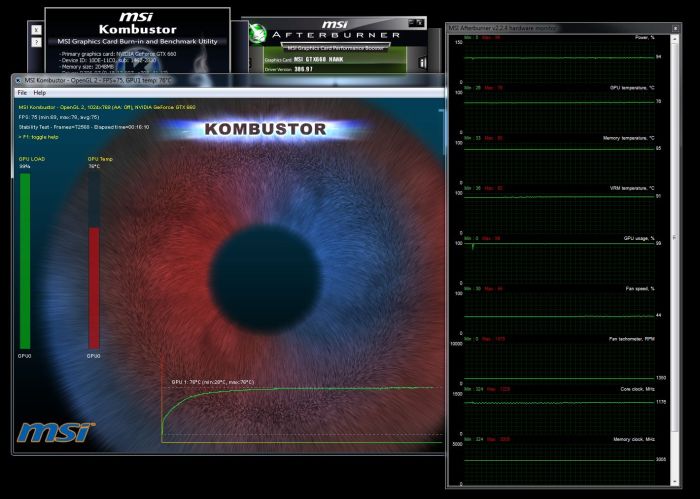 The aim of the burn-in is to reach the maximal GPU temperature and power consumption. The burn-in test allows to test the efficiency of the cooling system as well as the quality of the power circuitry. For this burn-in test, I used the furry test of MSI Kombustor 2.4.2.

The VRM is rather hot but still ok. The GPU took around +50°C which is normal with such burn-in test and the good news comes from the VGA cooler: still quiet even under heavy load!

The GTX 660 HAWK took around 10 minutes to reach the idle temperatures: