AMD CodeXL is a new tool for OpenGL and OpenCL developers. CodeXL includes a GPU debugger, a
profiler for both GPU and CPU and offers OpenCL kernels analysis capabilities. CodeXL is available as a standalone application for Linux (64-bit) and Windows (32 and 64-bit). An extension for Visual Studio is also available.

The CPU profiling of an OpenGL/OpenCL application (for example the functions calls) can be done on a Radeon or GeForce GPU. I tested the Windows 64-bit version with my GeForce GTX 680: 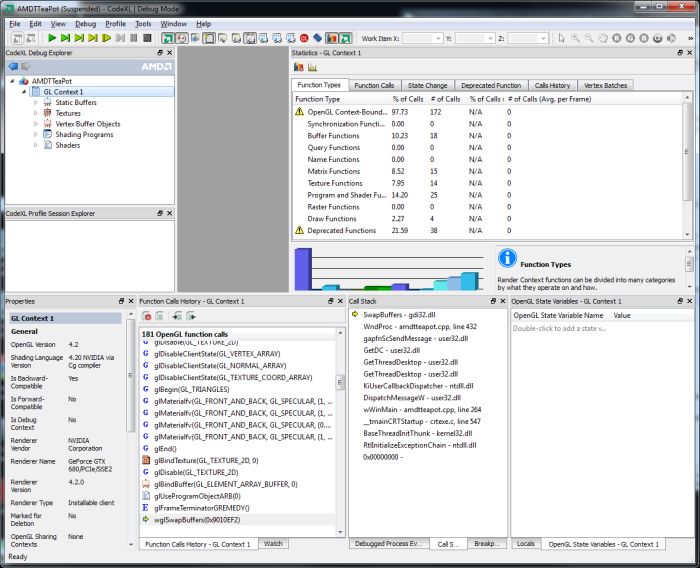 For a detailled GPU profiling and debugging, CodeXL requires an AMD APU / GPU to access and visualize, for example, GPU counter data. 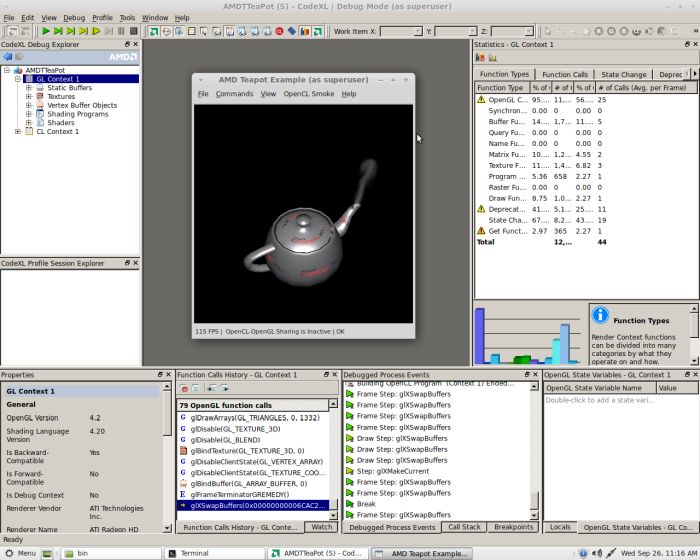 Under Linux, I had to install libgtkglext1 to run the teapot demo:

On Ubuntu based distribs, just use the following command to install libgtkglext1:

More information about CodeXL as well as Windows/Linux downloads can be found HERE.

4 thoughts on “AMD CodeXL: OpenGL and OpenCL Debugger and Profiler”