Google Blockly is a new programming language. It’s actually a visual tool that runs in your browser (no plugin needed): to code something, just drag-n-drop blocks fill the fields of the blocks, and connect them according to your algorithm. Google Blockly can export your block-based code to JavaScript, Dart, and Python.

Here are the main features of Google Blockly:

Google Blockly is a not a true new language: it takes its source from App Inventor:

I quickly (…) tested Blockly in this demo: 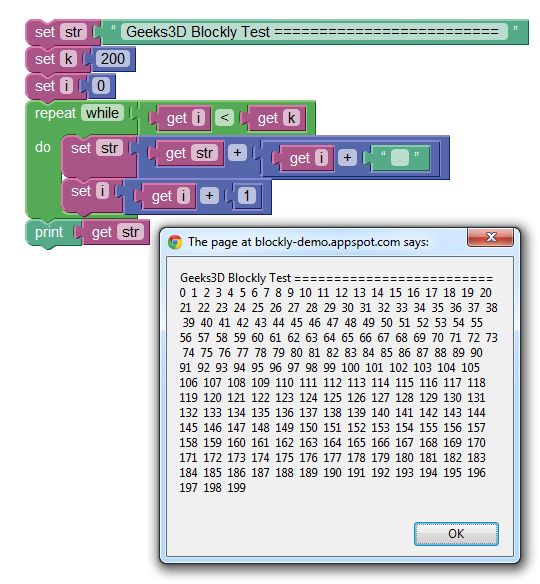 Here is the code in Python: 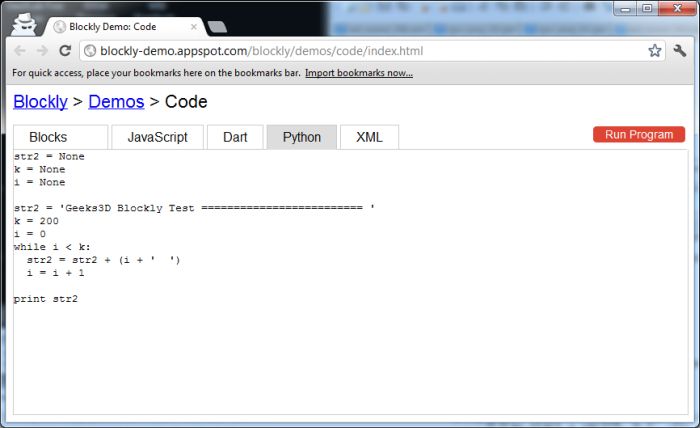