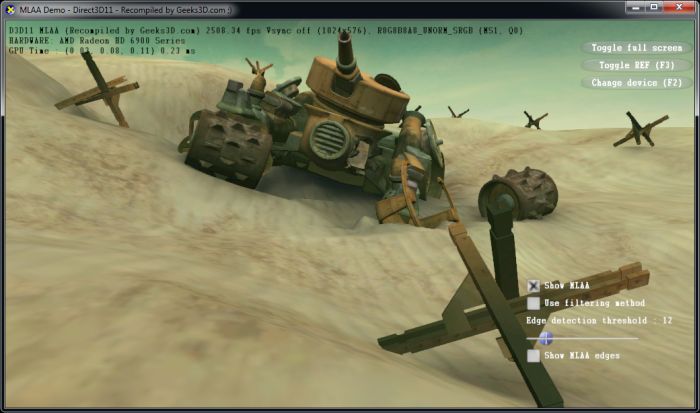 AMD has published a Direct3D 11 demo about MLAA (MorphoLogical Anti-Aliasing). For more information about MLAA, read this post.

Recently, deferred rendering has been playing a more and more important role in the game
industry. One of the advantages of MLAA is that it works well with deferred or semi-deferred
rendering techniques while traditional MSAA is more difficult to implement and much more
costly from a performance perspective. Another advantage of MLAA is that it is very simple to
integrate into existing rendering systems because it works as a post process operation. Finally
post-process FSAA techniques like MLAA work on every pixel on the screen which means that
edges resulting from the use of semi-transparent textures also benefit from anti-aliasing.

You can download the source code HERE (Visual Studio 2008). Funny thing, seems AMD has a too strong security system, because the demo executable has been removed during the packaging. There is a MLAA11.txt file in the RAR archive that says:

But it’s not a problem for Geeks3D. Here is the win32 demo recompiled for your pleasure:

I tested the demo with a SAPPHIRE Radeon HD 6970 and latest Catalyst 12.1: 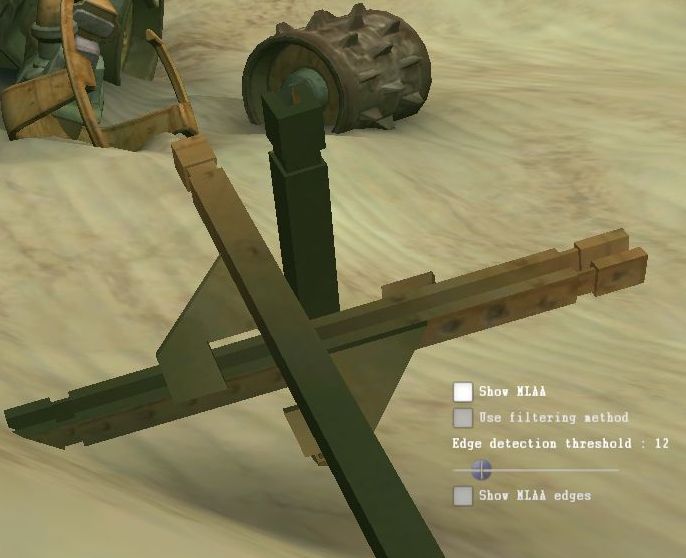 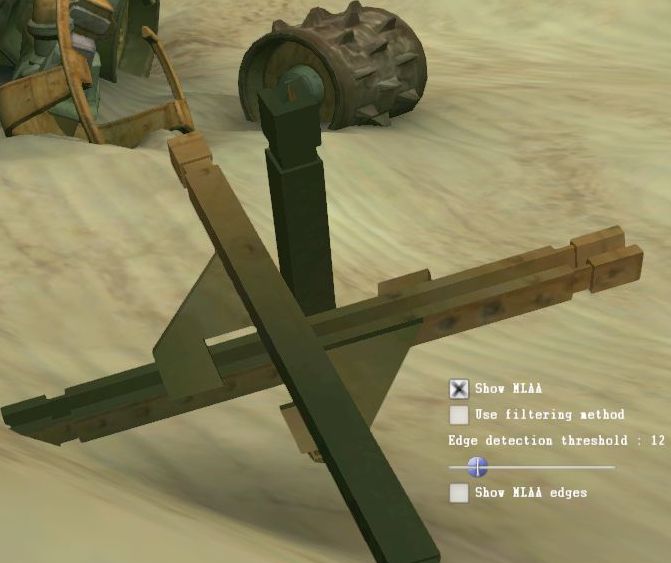 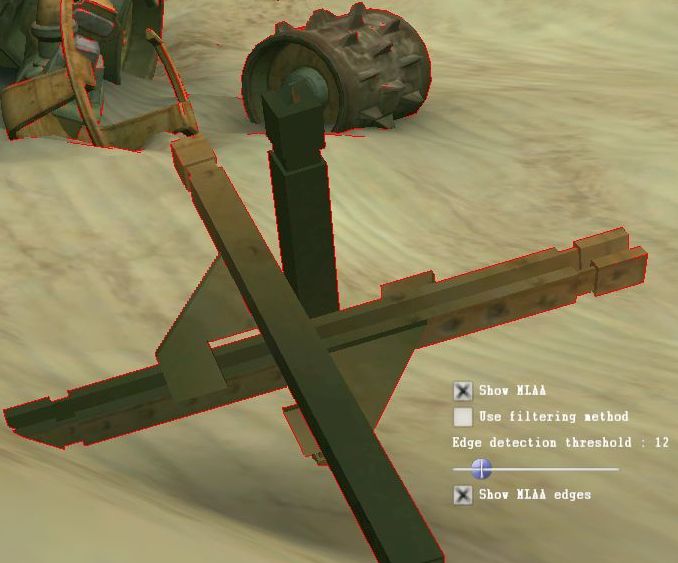 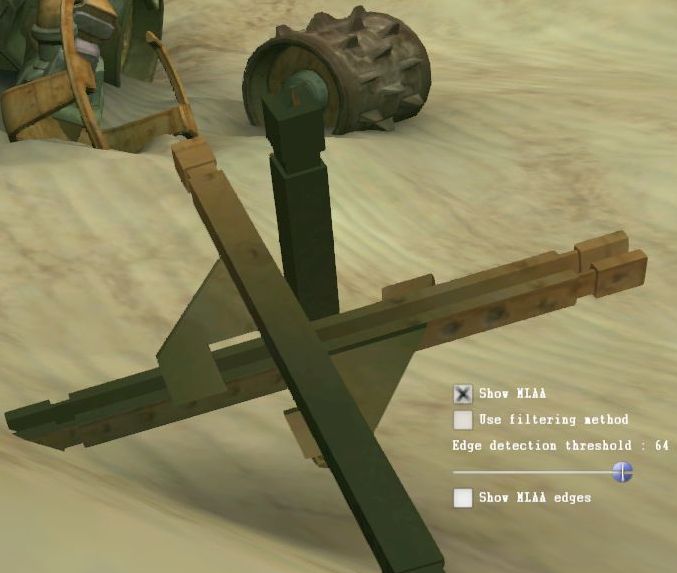 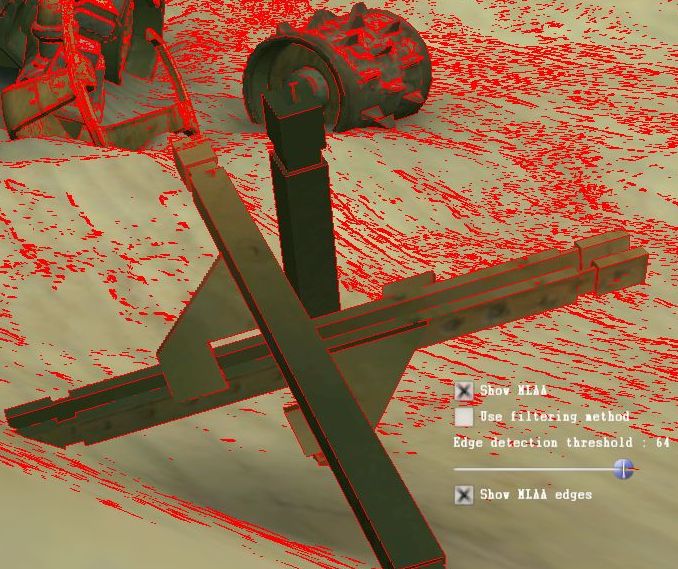 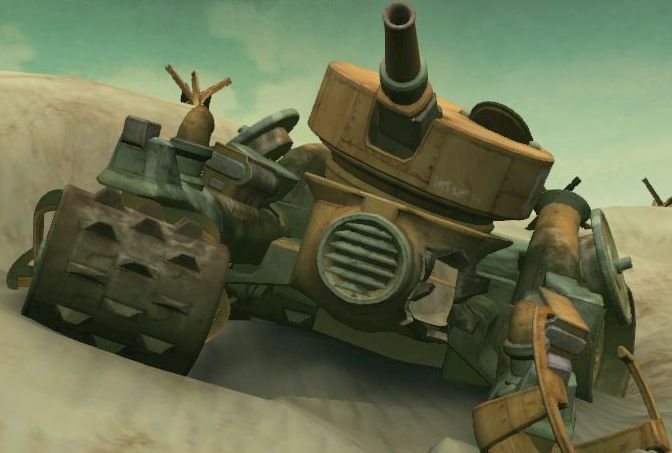 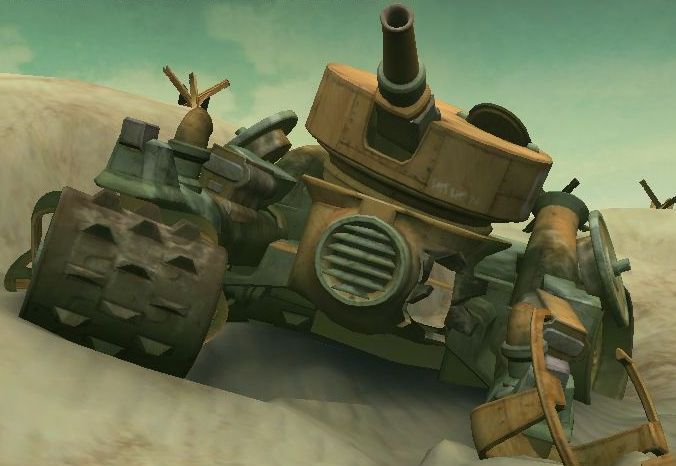