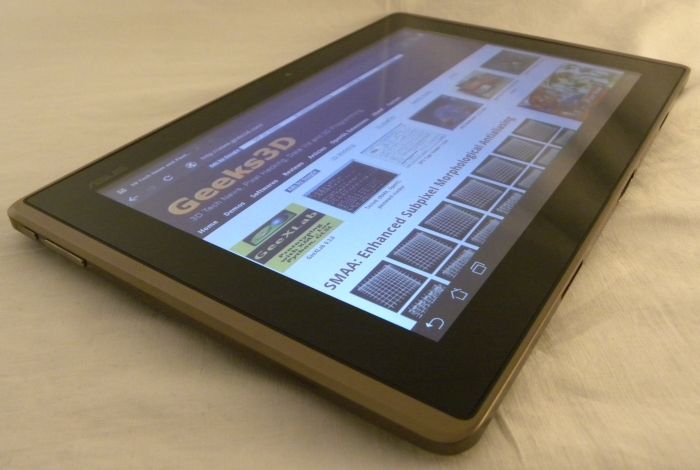 Actually what I wanted to test is the 3D side and especially WebGL. With online WebGL tools like Shader Toy or GLSL Sandbox, you can now code your pixel shaders nearly from everywhere…

First thing, you must install a browser that supports WebGL because the default one does not support it: 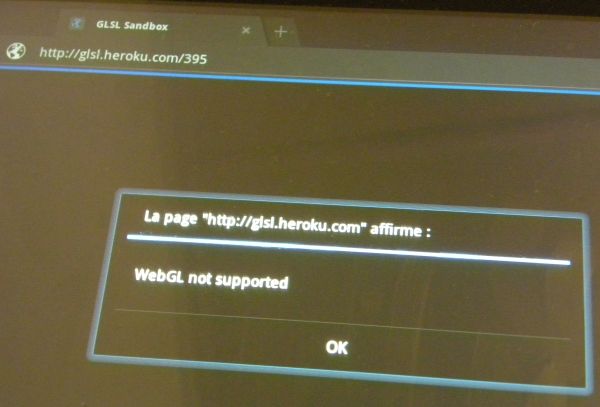 I installed Firefox (I really don’t appreciate all these OSes that require your account (here gmail) just to install an app like firefox or the flash player!). Okay, let’s forget that point and let’s see the cool stuff, I mean WebGL. 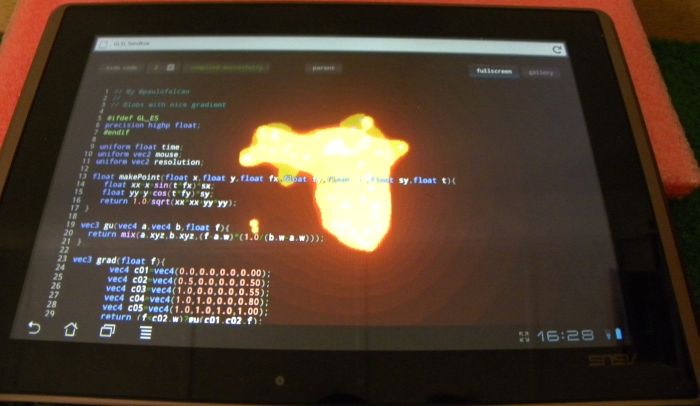 Sounds cool, but if you look a closer bit, the rendering is pixelated, and the framerate is very very low (few FPS): 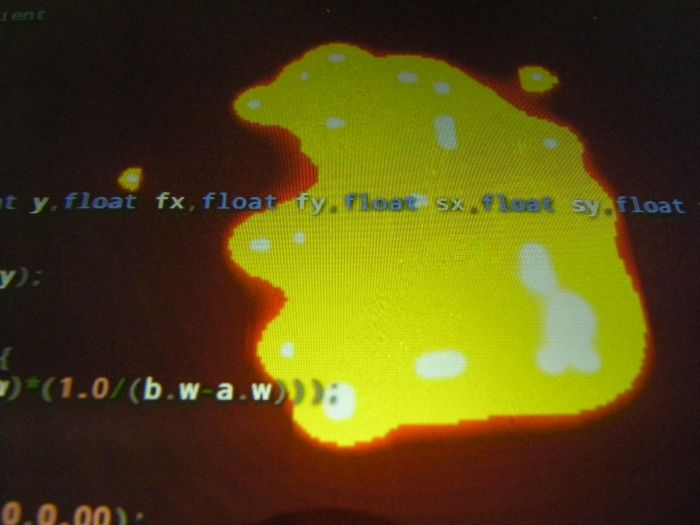 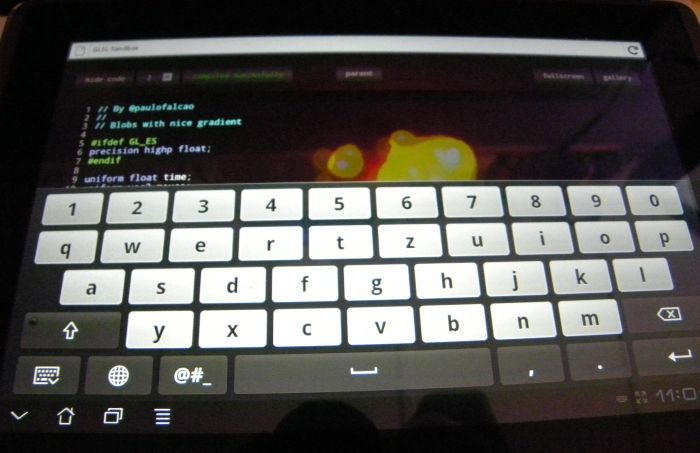 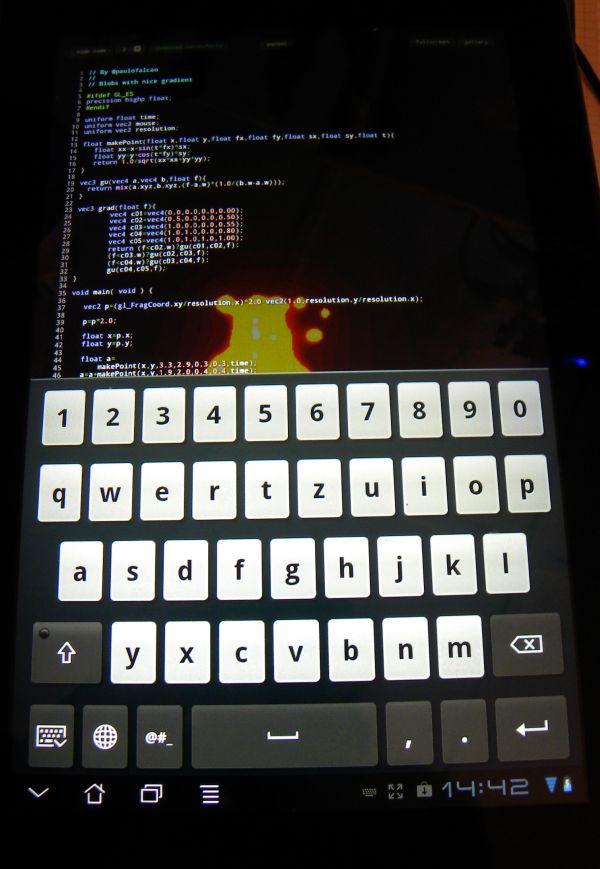 It’s a bit better. But without arrow keys, it’s really hard to position the mouse cursor on a particular line of code, like changing the values of a vec4. No enough precision! I guess you have to forget live coding at the train station unless you have the keyboard dock… 😀 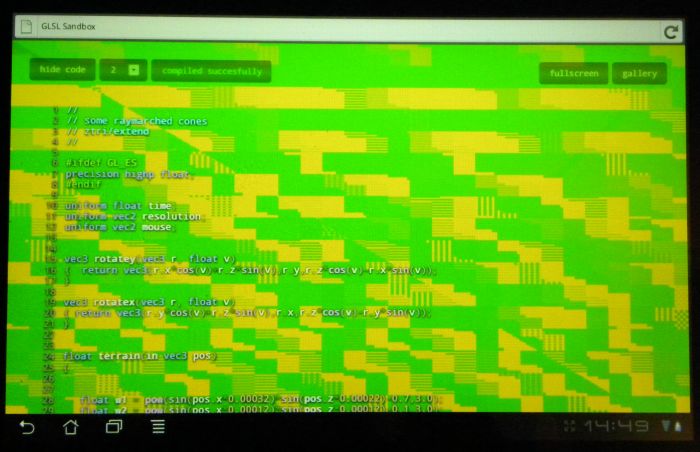 Obviously, someone, among Tegra 2 or Firefox for Android, does not like raymarching. The correct rendering with Firefox / Win7 is: 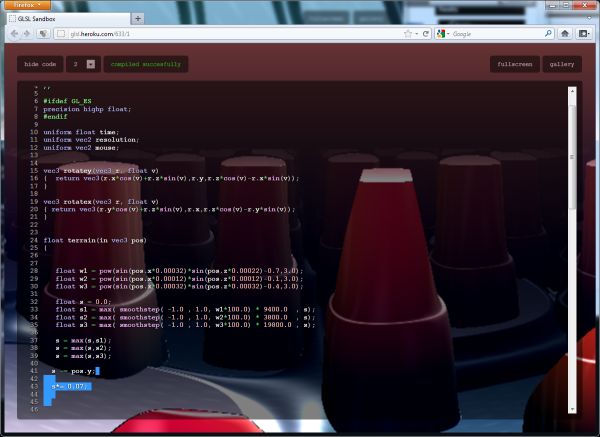 After this first test, I launched Shader Toy in oder to have some framerate numbers. Here is the default demo of Shader Toy: 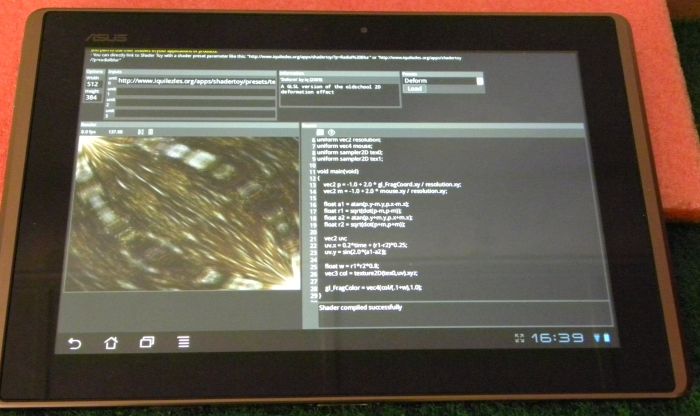 And here is the FPS: 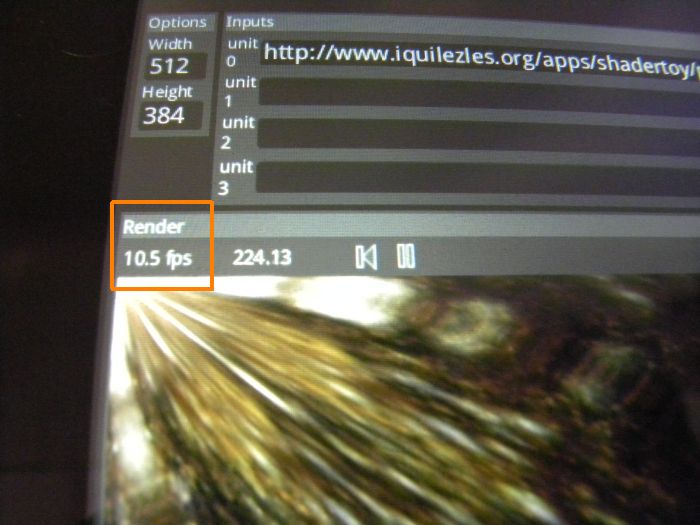 On a real PC, you easily reach 200 FPS or more. Same thing for the Plasma demo: 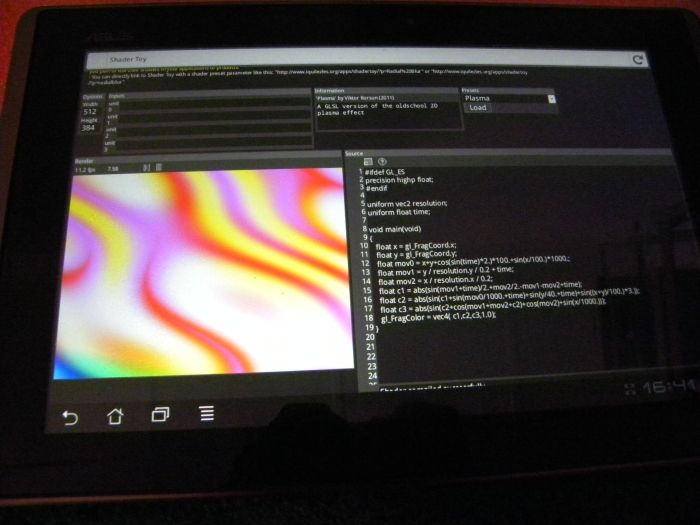 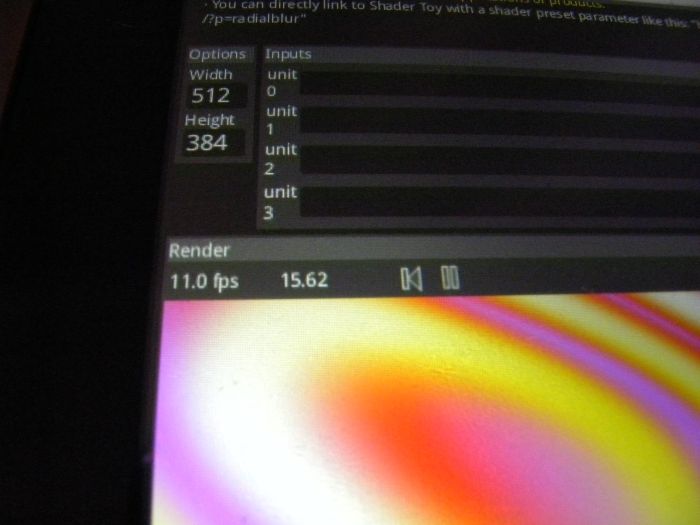 Conclusion: ouf, the test is over! I’m happy to return on my PC for serious coding 😉 I’m curious to repeat these WebGL tests with ASUS’s Prime…