Process Hacker can be seen as the open-source clone of Process Explorer. Process Hacker is a Windows utility for manipulating processes, threads and services. It can replace Windows task manager. Here are the key features:

In a recent version of Process Hacker (the version 2.23 to be accurate), the support of GPU monitoring has been added. Then I quickly tested the monitoring of GPU usage (or load) with FurMark. On my system, I have a GTX 460 (primary renderer) and a GTS 250 as a secondary card. Like Process Explorer, there are nodes (engines in Process explorer) that should represent GPU units or something like that. By default, the node 0 is selected, which corresponds to the GTS 250, the secondary card in my PC. To monitoring the GTX 460, I had to check the node 6. The indication GeForce GTS 250 is wrong, should be GeForce GTX 460. 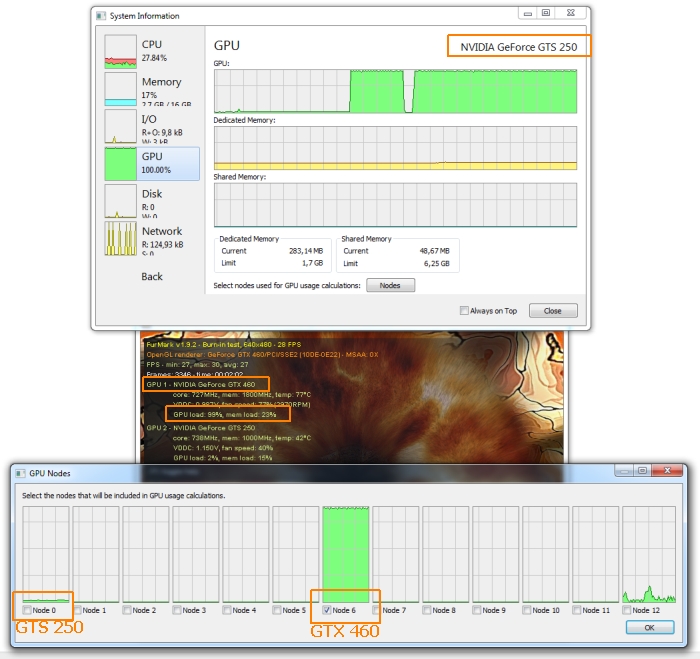 I think I’ll keep using EVGA Precision / MSI Afterburner / GPU Shark to monitoring my GPUs. But for playing with system threads and processes, Process Hacker is a nice tool. What’s more, the availability of the source code makes it a great way to dive into Windows’s internals.