NVIDIA has released a new version of its PhysX SDK. This version 3.1 brings the following changes:

As usual, you can download the PhysX SDK from this page: PhysX Developer Support.

Here is one of the five demos that come with the SDK: 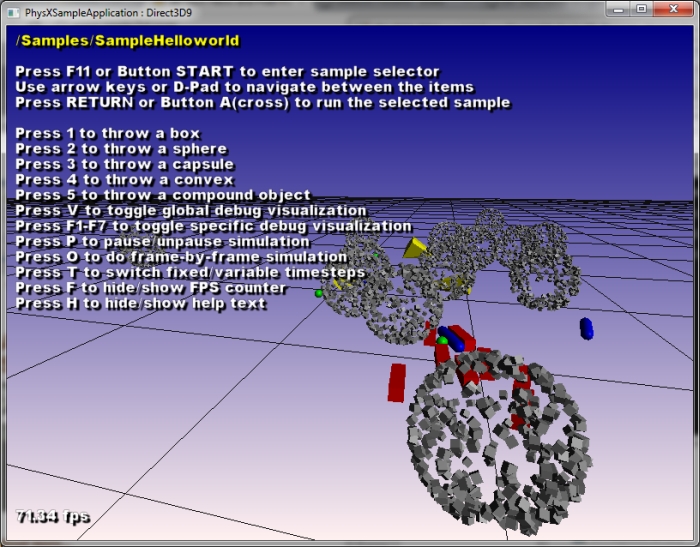 I don’t know why, but I was not capable to display the PhysX Visual Indicator on the demos. On FluidMark (that uses PhysX 2.8.x.x SDK), the indicator works fine.