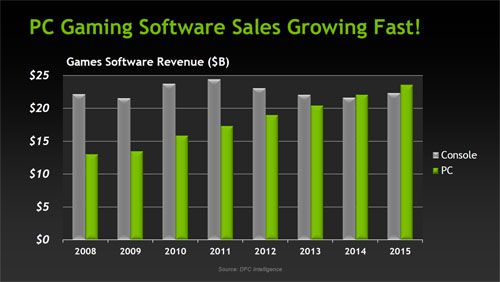 According to NVIDIA, PC game sales will overtake console sales in 2014 and 2015 with a global revenue of around $25 billion. Most of the revenue (around $20 billion) will come from digital distribution (no boxes) like Steam.

NVIDIA is rather confident in the PC as the best gaming platform as shown in this chart: 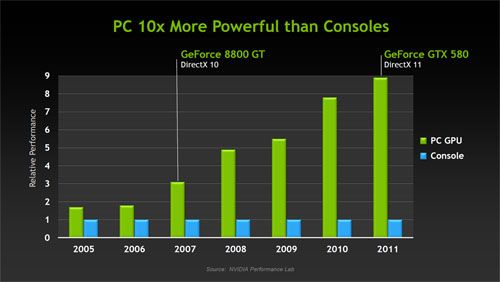 In his side, Jon Peddie estimates that gaming consoles sales ($40 billion) will be still greater than PCs gaming sales ($37 billion): 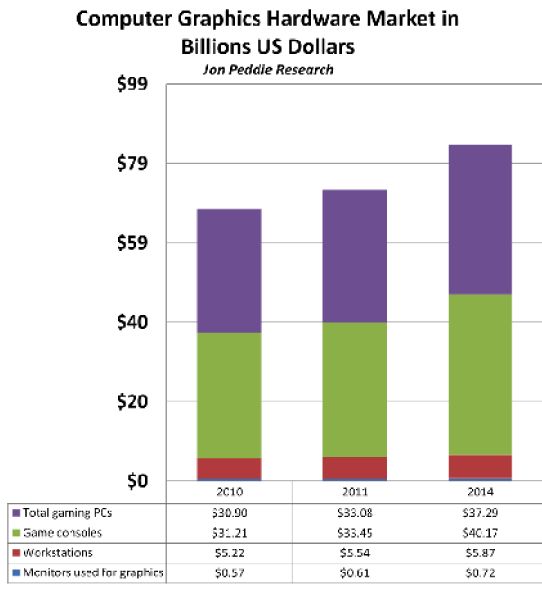