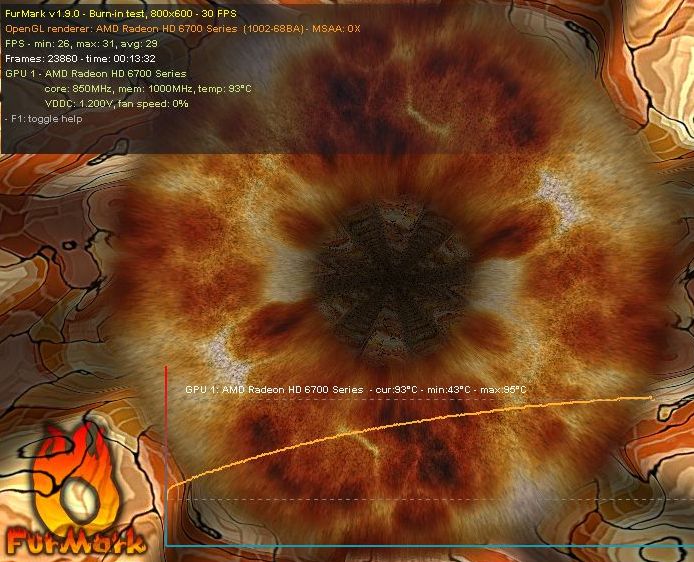 Here we are! Let’s see the performance of this massive heatsink.

The total power consumption of the testbed at idle state is 104W. The GPU temperature of the HD 6770 at idle is 39°C. It’s a good temperature for a passive card. Note that my testbed is a pure open-case system. The HD 6770 VGA cooler is not helped by the air flow created by the fans of a closed case/tower.

I tested several scenarii: GPU Caps Viewer soft shadows demo, Unigine Heaven 2.5 D3D11, the demo of the game Hard Reset and FurMark 1.9.1. The PSU has a power factor of around 0.9.

Remark: we have to substract from these values an additional power consumption caused by the CPU (15W +/- 5W…). Then the real power draw under FurMark would be around 80W.

FurMark is the worst stress test especially for a passively cooled graphics card. The GPU temperature reached 100°C which is dangerrous for the card. In a closed case with a correct air flow, the GPU temperature would be certainly lower. Under a more normal situation, like the game Hard Reset, the temperature didn’t exceed 85°C which is good.