As I said, the VGA cooler is the killer feature of this Radeon HD 6770. 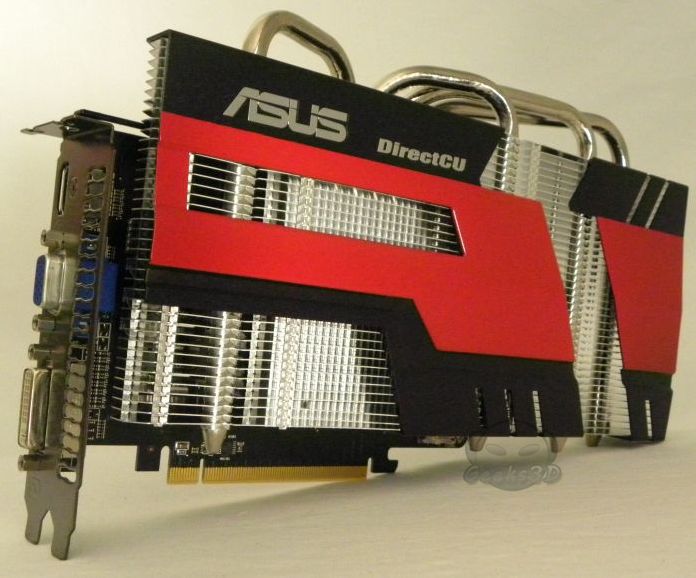 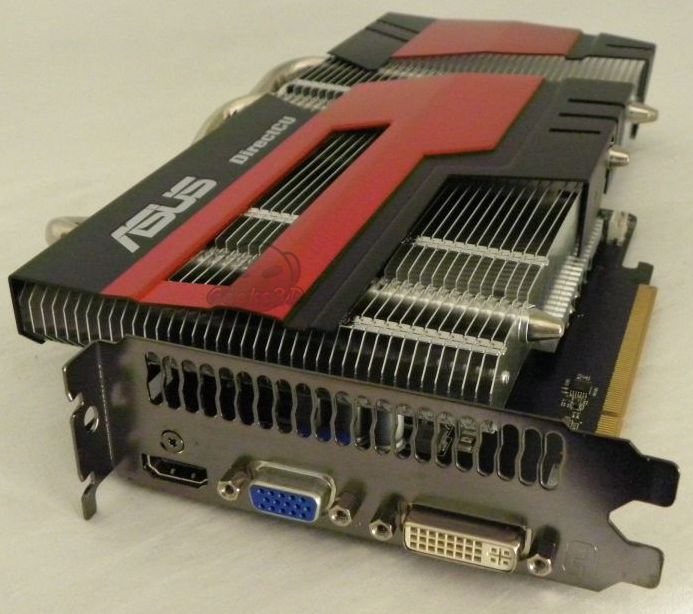 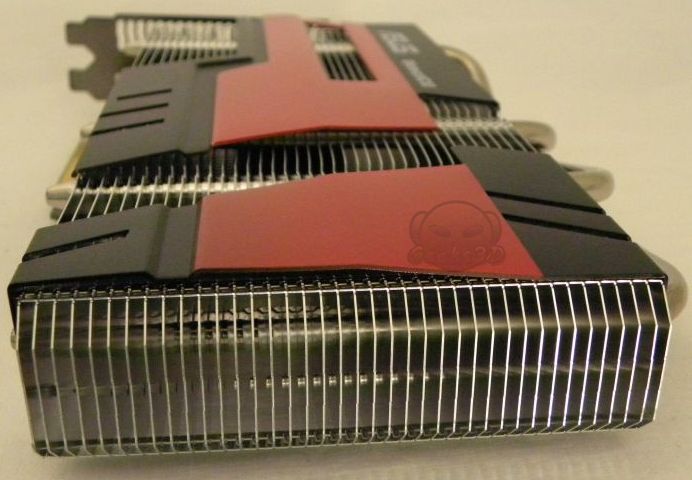 Four 8-mm heatpipes are in direct contact with the GPU for an optimal heat dissipation. According to ASUS, this noiseless VGA cooler runs around 16% cooler than conventional passive cards. We’ll see that in our power conszmption and temperature test. 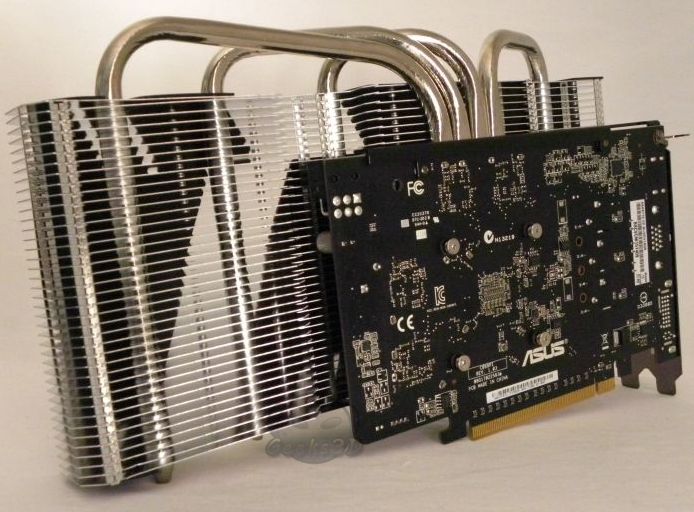 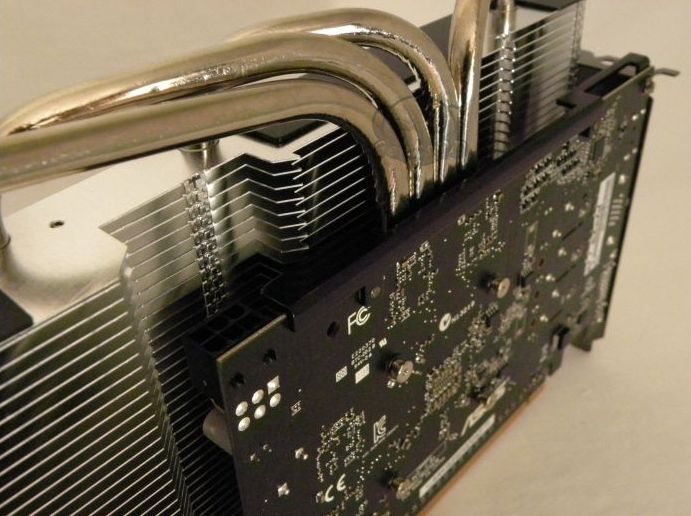 This passive DirectCU cooler is big and even Radeon HD 6970 or GeForce GTX 590 seem small cards: 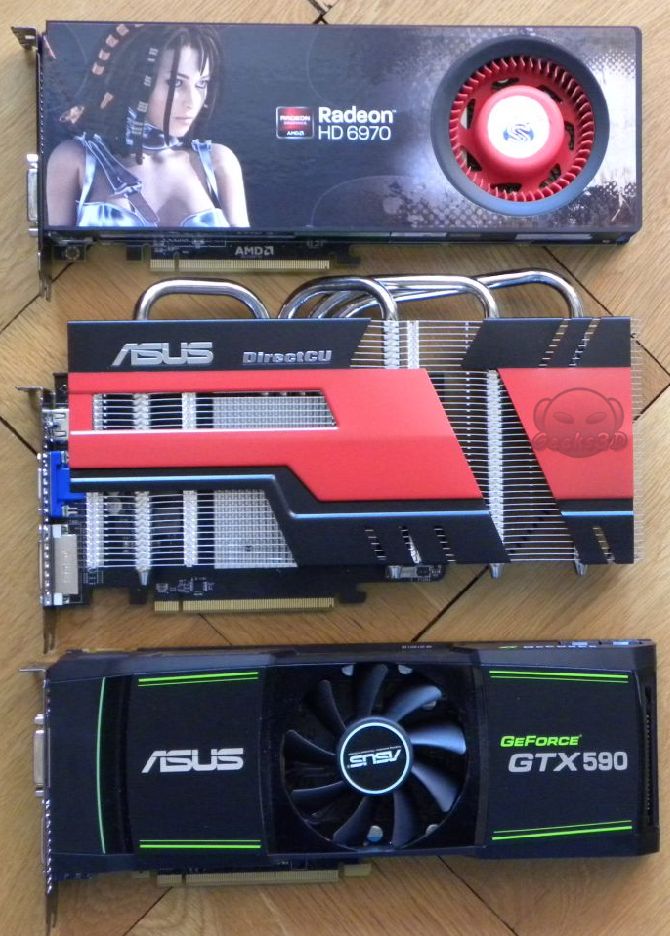 The bundle is quite simple: one HDMI to DVI adaptor, one 6-pin extension power cable and CDROM with driver and utilities. 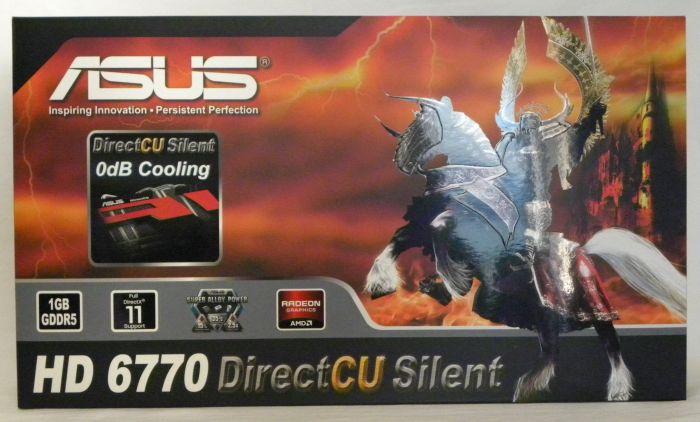 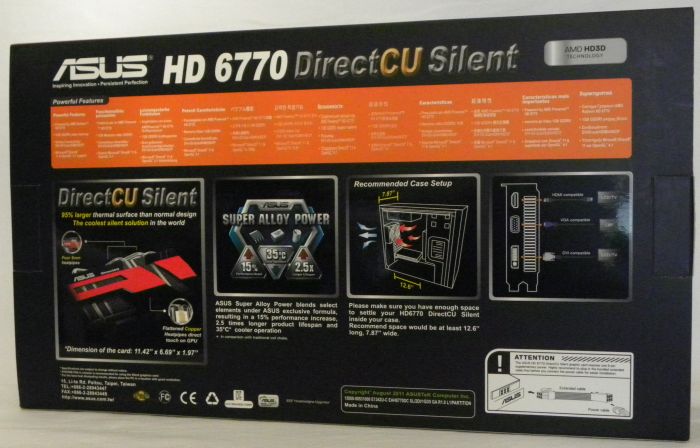 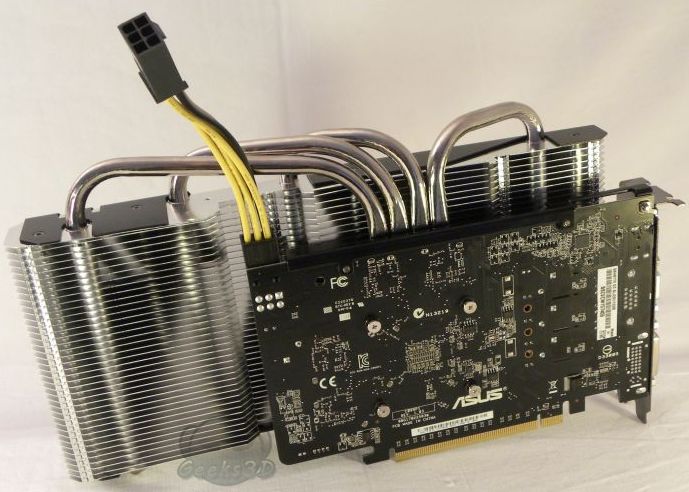 The extension power cable is use!