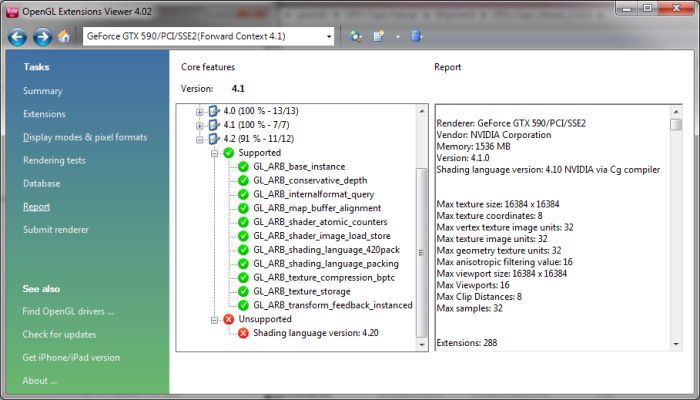 The guys behind realtech have updated GLview, their OpenGL extensions viewer (Windows, Mac OS X, Android and iOS) with the support of OpenGL 4.2. You can download GLview 4.02 HERE.

But GLview reports that R280.28 is an OpenGL 4.1 driver (see the header screenshot).

UPDATE: you have to select a non-GL4 or GL3 context in the drop down list and GLview creates an OpenGL 4.2 context: 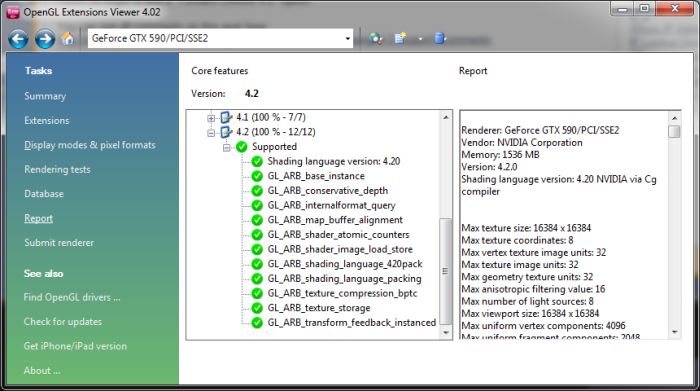 Thanks to Leith Bade for the tip 😉

Now another question: why GLview tells me that GL_ATIX_point_sprites or GL_ATI_envmap_bumpmap are supported by the GeForce GTX 590? 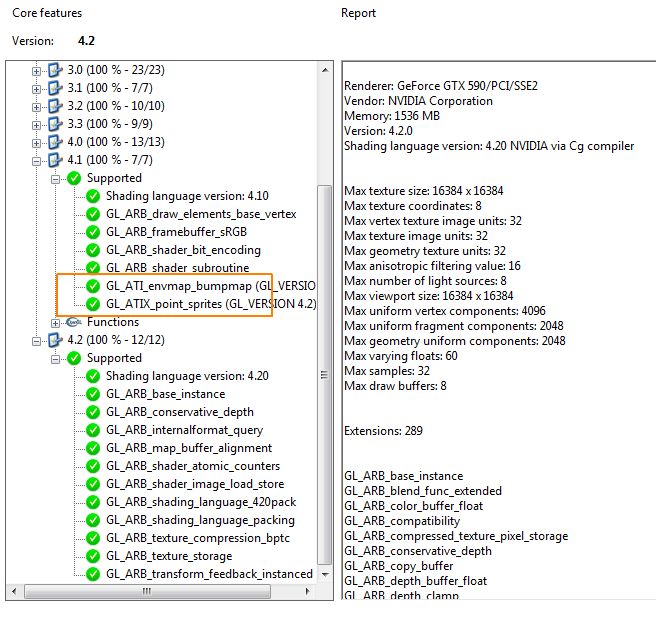 There is another detection problem, this time with Radeon boards but I don’t know if it’s a GLview issue or a mess with AMD drivers: a Mobility Radeon HD 5000 has a better OpenGL 4.2 support than a desktop HD 5000 (see the forum thread). Did AMD publish a laptop driver with all OpenGL 4.2 extensions? 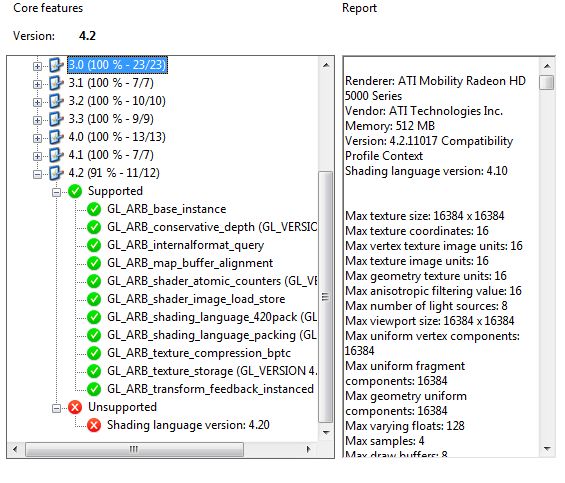