Process Explorer, the popular tool for inspecting and controlling processes and threads under Windows, comes in a new version with GPU support.

You can download Process Explorer v15.0 from this page.

Process Explorer adds the usage of the GPU core and the GPU memory: 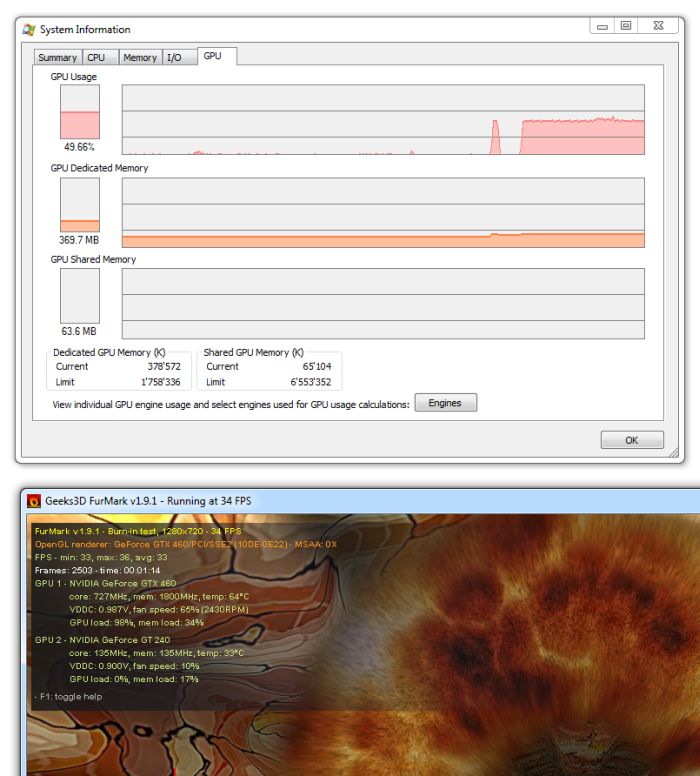 You can also monitor the GPU usage of each GPU by clicking on the Engines button: 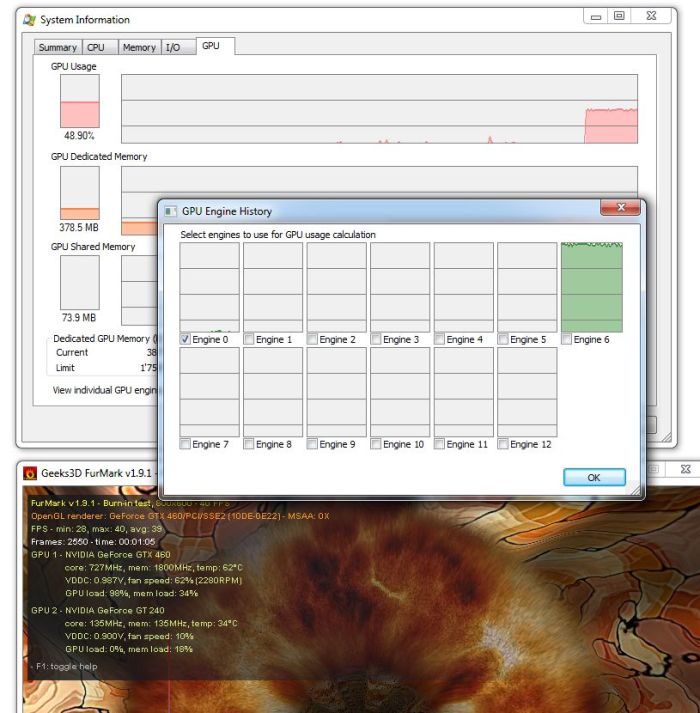 Here is the monitoring for a single GTX 580: 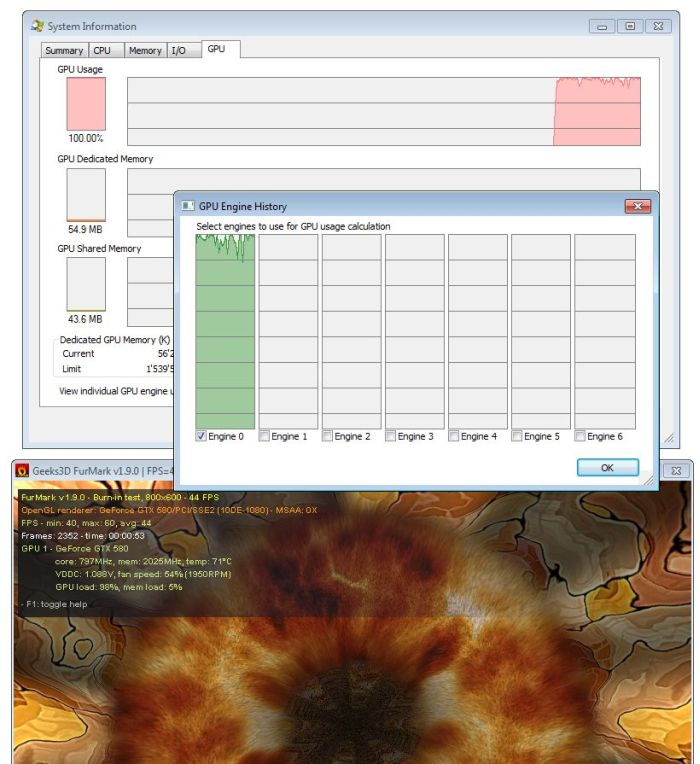 As you can see, it seems that Process Explorer adds a group of 7 individual engine graphs for each GPU in the system. Don’t know why…

On a system with a single GPU, the monitor display a 100% GPU usage when FurMark is running, while on a multi-GPU system, I didn’t manage to read the GPU usage of the GPU running FurMark: only the usage of all GPUs was displayed.

You can access to GPU monitoring also in the properties box of each process: 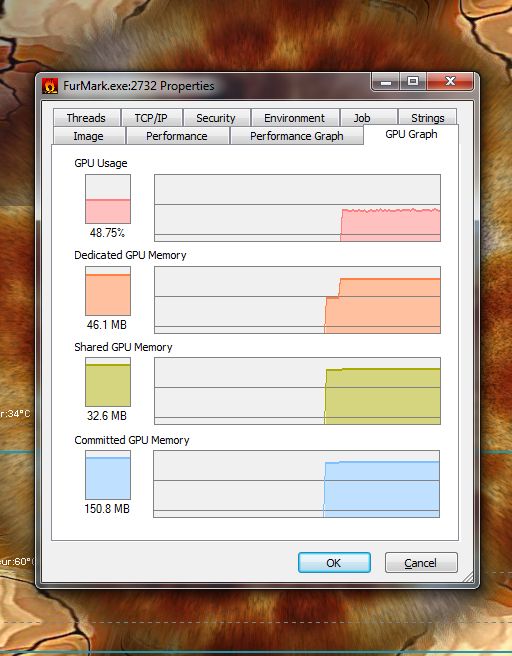 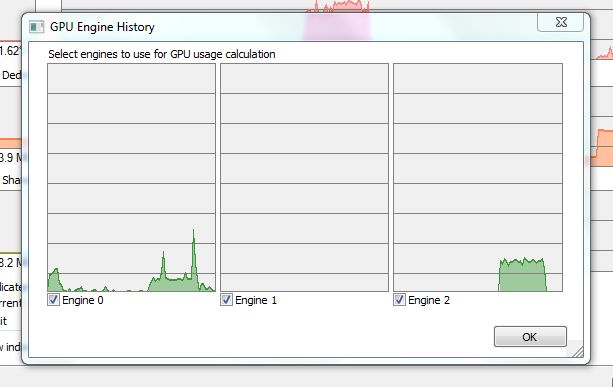