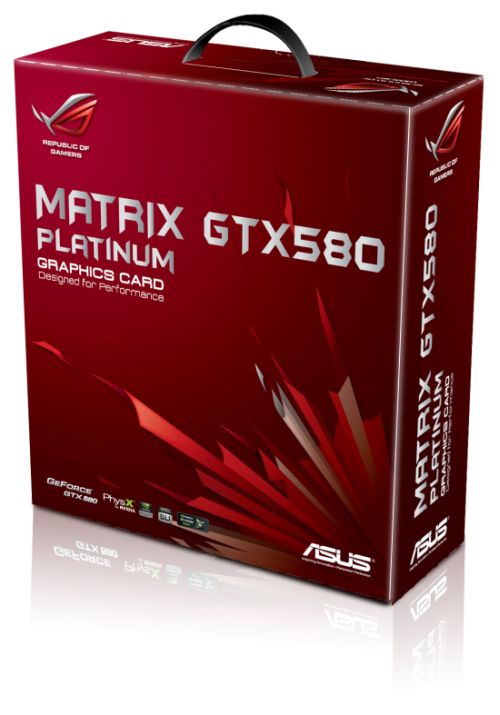 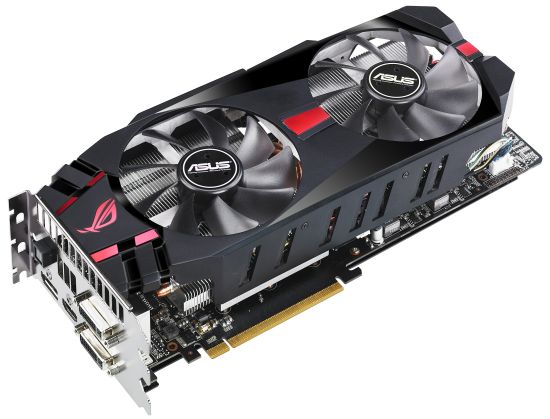 Redesigned From the Ground Up for Incredible Performance The ROG MATRIX GTX 580 series is clocked at 816MHz and features a massive 1.5GB
of 4.8GHz GDDR5 memory. It comes preloaded with a variety of hardware-based tools, including TweakIt and ProbeIt for instant overclocking adjustment and measurement, plus a Safe Mode button for the instant restoration of stable settings at any time.

The ROG MATRIX GTX 580 Series has been created to deliver the ultimate in overclocking performance with its ground-up PCB redesign and exclusive 19-phase Super Alloy Power technology. This guarantees much greater overclocking headroom, with a 15% performance boost, 2.5 times longer lifespan and 35°C cooler operation than the reference card design.

The new GPU Tweak overclocking tool has integrated the GPU-Z with TechPowerUp to provide accurate information about the graphics card, while ASUS engineers have developed real-time clock frequency, voltage, fan speed and profile adjustments for up to four different card settings in combination to this. ASUS also ensures the most up-to-date firmware and drivers via its Live Update feature. Simply put, GPU Tweak gives gamers and overclockers
convenience and flexibility in adjustments and monitoring not seen in other tools. 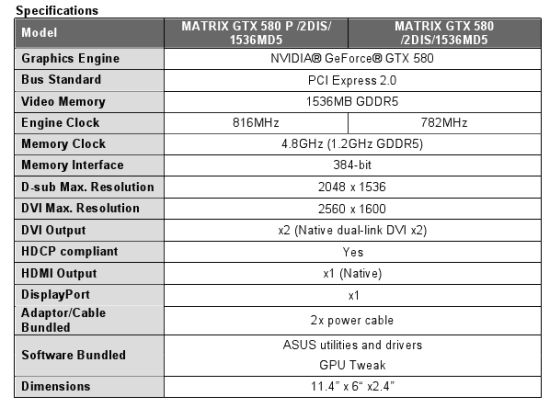