Here we are: the stress test. To stress test the Grand 850W PSU, I’m going to apply a load on the CPU and on the GPUs. We know that high-end graphics cards can draw several hundred of watts when they are stressed by FurMark.

Three 2-slot graphics cards can be plugged on the motherboard of my testbed (GIGABYTE X58 UD5). The highest power consumption can be reached with three GTX 580 or two GTX 590. But I won’t use these configurations because I don’t have these cards!

For the GTX 480, it’s simple: just enable SLI and run FurMark 1.9.0 or EVGA OC Scanner in 1920×1080 fullscreen. For loading the GTX 580, I will use an OpenCL test included in GPU Caps Viewer 1.12.0. OpenCL is cool because you can select the GPU that will process the OpenCL kernels. And GPU Caps Viewer allows you to choose the GPU for each OpenCL demo. Then to load the GTX 580, I launched the Julia4D demo in a 256×256 window in order to limit the rendering on the GTX 480 (the GTX 580 processes the OpenCL stuff, but the graphics rendering is still performed by the GTX 480). 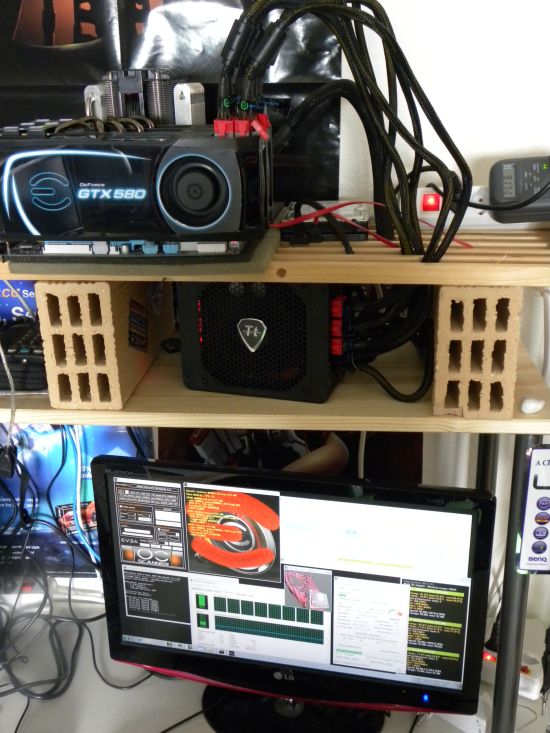 When the testbed is in idle state under Win7, the total power consumption, measured at the wall outlet, is 243W.

To load the CPU, I used AOGenMark 1.3.0. This utility is not the best to burn a CPU but it’s enough for that test and I can select the number of threads used by AOGenMark.
The Core i7 960 is quad core with hyperthreading: 8 logical cores are available under Win7. One core will be reserved for FurMark or OC Scanner, another one for the OpenCL test. Then 6 cores are available for the CPU test. I then launched AOGenMark with 6 threads.

The total power consumption with AOGenMark is 293W (AOGenMark: +50W).

Now, I add the Julia4D demo in the stress test: 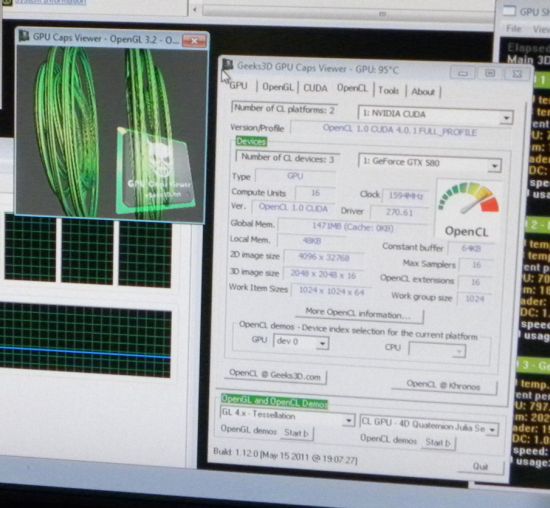 As you can see, the GTX 580 running an OpenCL test coupled with AOGenMark allow to remplace a GTX 480… 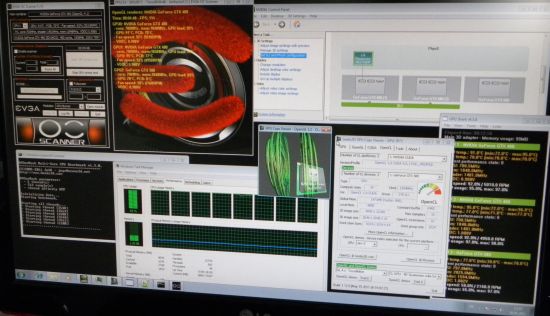 In 1920×1080 fullscreen, the graphics load generated by OC Scanner is more important and now the total power consumption exceeds one kilo watt: 1050W! 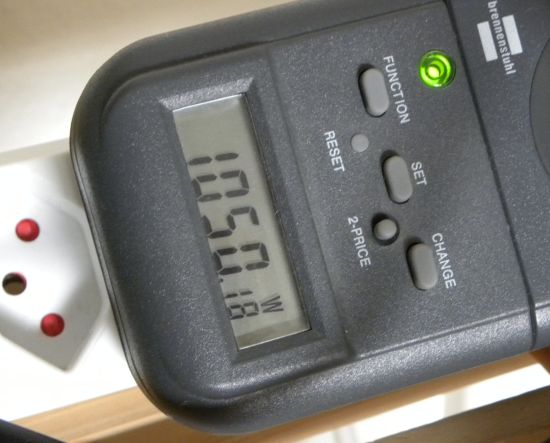 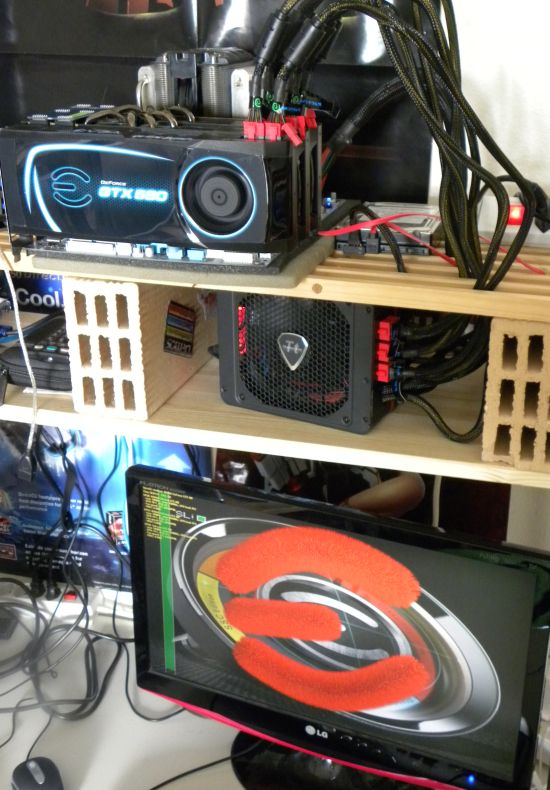 For this test, I used FurMark 1.9.0 in place of OC Scanner. AOGenMark is still used to load the CPU. Here are the total
power consumption measured at the wall outlet: