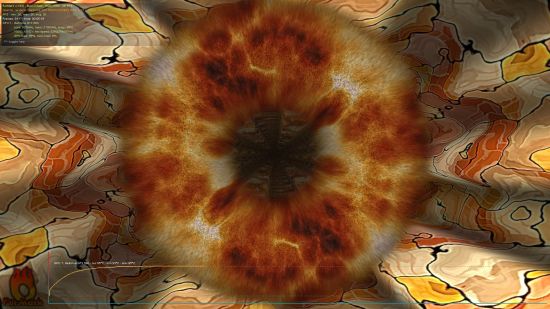 To measure the power consumption of the GTX 560, I used a wattmeter connected between the wall outlet and the PSU. I used FurMark 1.9.0 to stress test the GPU.

At idle state, the total power consumption of the testbed is 102W and the GPU temperature is 32°C.

The total power consumption of the testbed stressed by FurMark (1920×1080 fullscreen, burn-in mode checked) is 338W, while the GPU temperature reaches 85°C. Look at this nice temperature curve: 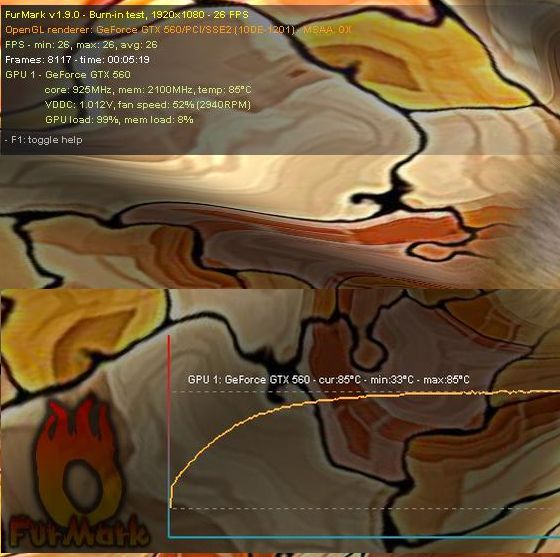 Like for the GTX 560 Ti, ASUS has not implemented the hardware power limiter we can find on the GTX 580. That explains the natural evolution of the GPU temperature.

225W is rather far from the TDP of 160W. It’s normal. The TDP is not the max power consumption of the card (it’s rather the power draw under gaming situation) and ASUS’s GTX 560 is factory-overclocked. Then a GTX 560 with an overclocked GPU stressed by FurMark can exceed without problem 210 watts.

The factory overclocking is impressive. But can we go further? I did a quick overclocking test: I just increased the GPU core clock without modifying the GPU voltage.

You can push ASUS GTX 560 DC2 TOP GPU up to 950-960MHz which seems to be the max OC value with the default GPU voltage (VDDC). With a little bit more of voltage on the GPU, we can certainly reach 980MHz…