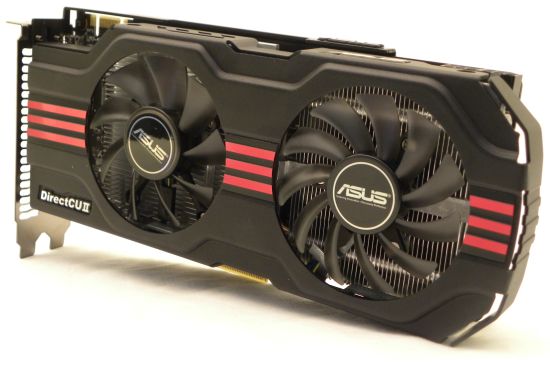 When this card is arrived at Geeks3D lab, I first believed that ASUS made a mistake by sending me again the GTX 560 Ti. But when I started GPU Caps Viewer on this card, the GPU was unknown… I realized this GTX was a new model, a Ti-less model. 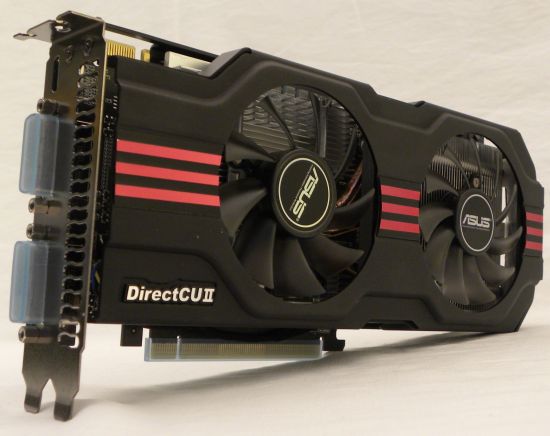 NVIDIA new GeForce GTX 560 is priced at USD $199 while you have to add around $20 to get ASUS GTX 560 DC2 TOP. First thing, this GTX 560 like its big brother, the GTX 560 Ti, is designed for massive overclocking. A simple proof: the version sent by ASUS comes with a factory-overclocked GPU at 925MHz… when the reference clock is 810MHz. Another cool thing: we’ll see many customized cards (VGA cooler, PCB) among manufacturers.

That said, let’s quickly talk about the specifications. The GTX 560 is based on the GF114 (like the GTX 560 Ti) clocked at 810MHz (NVIDIA reference clock speed) or at 925MHz in the case of ASUS ENGTX560 DCII TOP. This version of the GF114 packs 336 shader processors. Compared to the GTX 560 Ti, that means that 48 shader processors (or CUDA cores) have been disabled. And 48 CUDA cores form a SM (Streaming Multiprocessor or compute unit in OpenCL world). The GTX 560 has then 7 SM (you can verify this value on the GPU Caps Viewer screenshot related to CUDA, in the next page). And 7 is also the number of SMs in a GTX 460.

ASUS GTX 560 DC2 TOP is available with the same customized VGA cooler than the GTX 560 Ti. The cooling system, the DirectCU II or DCII, features 2 fans and three copper heatpipes directly in contact with the GPU core:

The VGA cooler is customized but also the PCB with its nice black color: 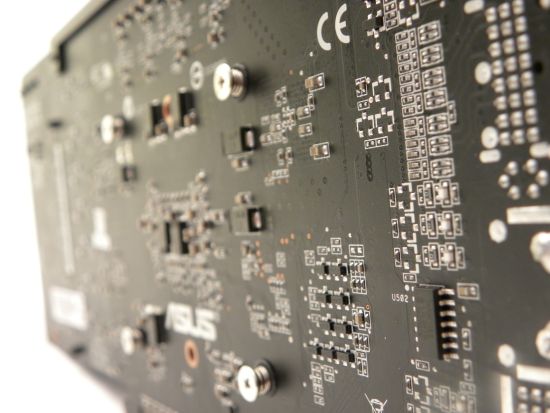 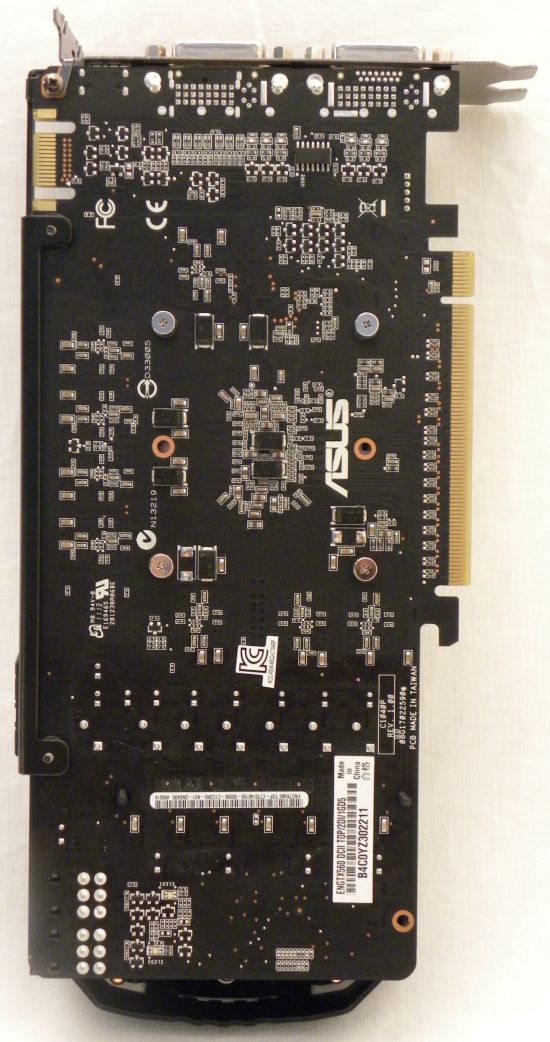 The TDP (or thermal desing power) of NVIDIA GTX 560 reference board is 150W. And the TDP of ASUS GTX 560 DC2 TOP is around 160W (because of the factory overclocking). Two 6-pin power connectors are present on the PCB to meet the power requirement of the whole board: 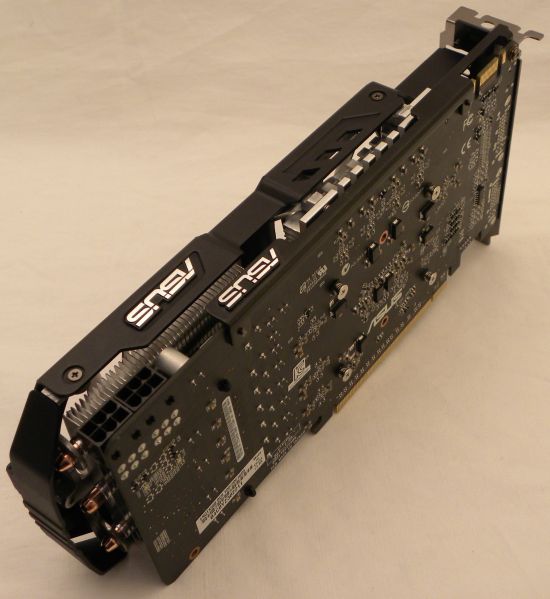 Like the GTX 560 Ti, this GTX 560 has two LEDs on the back side of the PCB, near the power connectors, that show if the card is properly fed or not: green: ok, red: there’s a problem. Here are both LEDs with only one power connector: 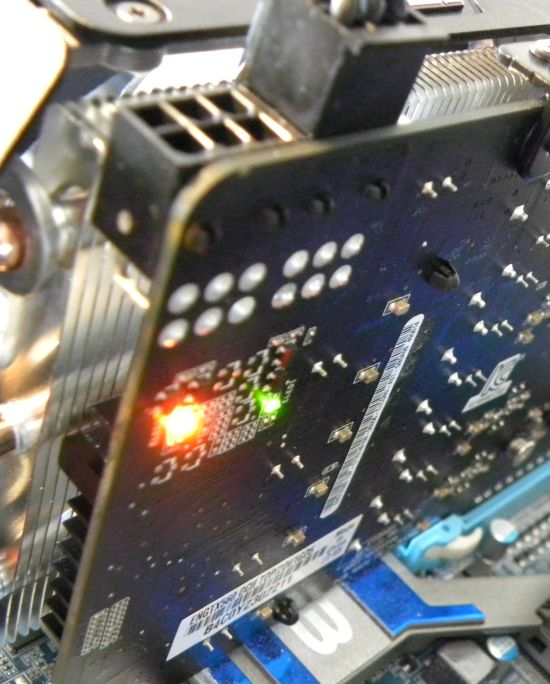 The board features two DVI and one HDMI output connectors: 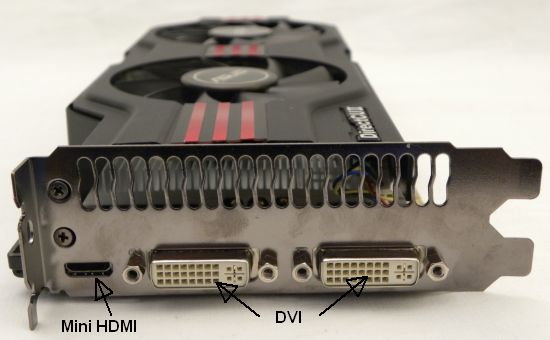 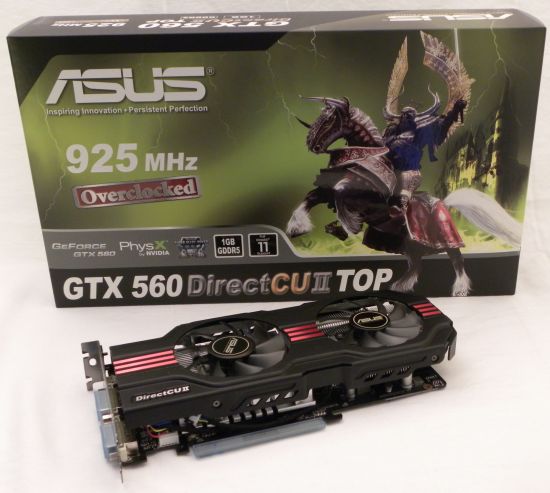