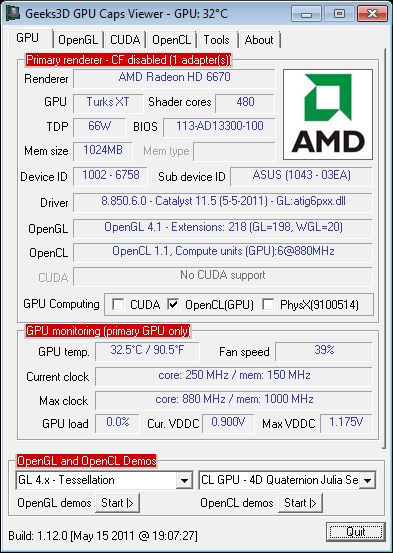 Like GPU Shark, this new version of GPU Caps Viewer comes with the support of the very upcoming GeForce GTX 560 (the Ti-less 560), the Radeon HD 6670 and HD 6570. For Radeon cards, GPU usage (or GPU load) monitoring as well as the reading of current clock speed (GPU core and memory) have been added. A simple real time GPU monitoring module for the primary graphics card has been added in the first panel:

Now in the firt panel, the OpenCL data is related to the primary graphics card and not to the first OpenCL-capable GPU like in previous versions of GPU Caps Viewer.