I will post AOGenMark shortly so you’ll be able to compare your scores with the N550.
You can download AOGenMark 1.3.0 from this page or get the latest version on the homepage.

Perfect for my needs! With the hyperthreading enabled, the N550 CPU shows 4 logical cores. Okay, let’s start an AOGenMark test with 4 threads. By default, thread affinity is enabled: thread one is stuck to core 1, thread 2 to core 2, thread 3 to core 1 and thread 4 to core 2. 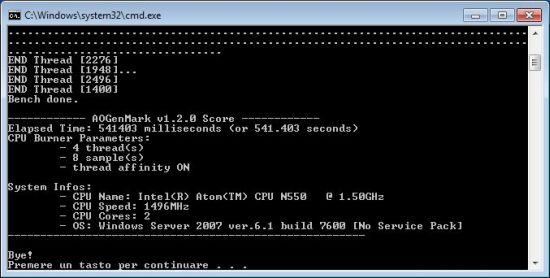 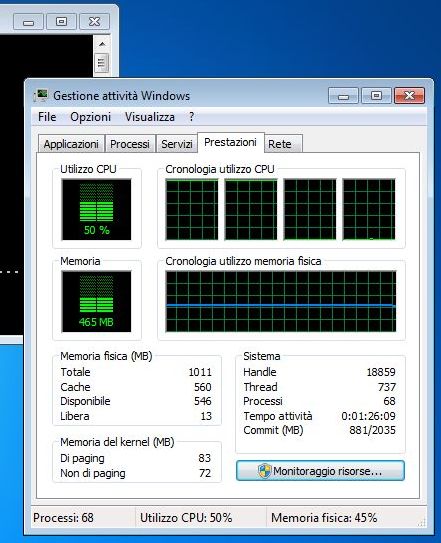 Only two cores are used. Problem of core limitation of Win7 Starter? After some searches, I discovered the concept of Core parking under Windows 7:

Core Parking is basically a new advanced feature which is been embedded that dynamically chooses a number or set of processors well which actually should be idle or not to function or execute any thread that is been based on current power policy and their utilization.

But I was not really convinced. Then I decided to disable thread affinity in AOGenMark: 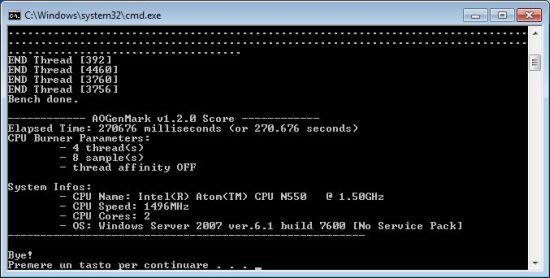 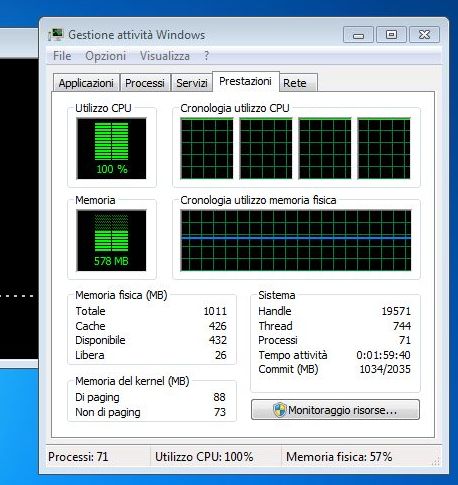 Now the 4 cores are used and the score is: 270.676 sec. I don’t know if there’s a relation between core parking and thread affinity but I won’t be surprised if such a relation exists. 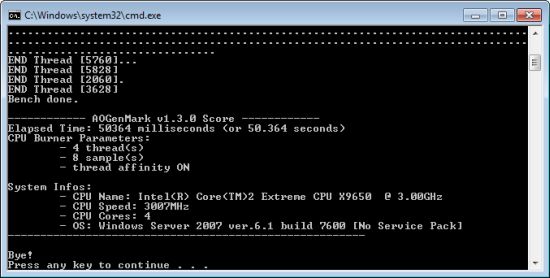 Under Ubuntu 11.04 (see next page), I browsed a folder full of 4000×3000 pixels pictures. the N550 shows some signs of … sluggishness. The time between two pictures was rather long…