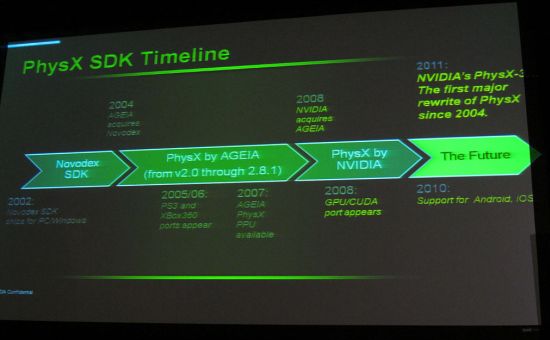 NVIDIA has revealed some details about the future of PhysX during the Tegra Game Devcon 2011. For example, PhysX is available on PC Win32/64, PS3, X360, Wii, Mac OS, iPhone and Android. GPU-accelerated PhysX is only available on Win32/64. PhysX 3 is based on a true cross-platform design that’s why we can expect a Linux version soon… 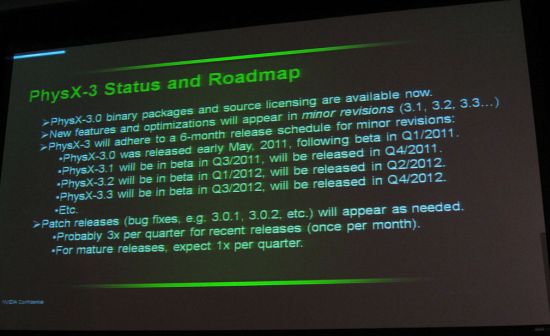 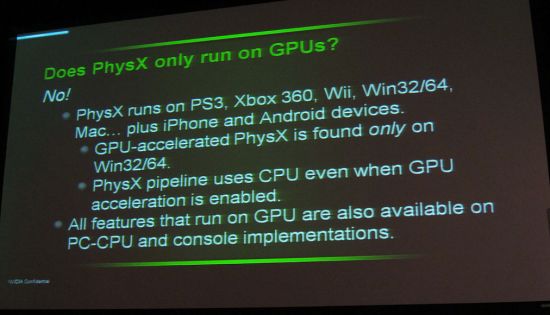 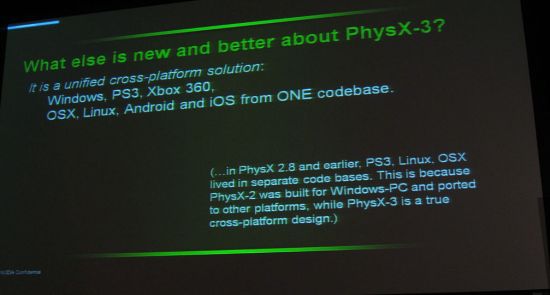