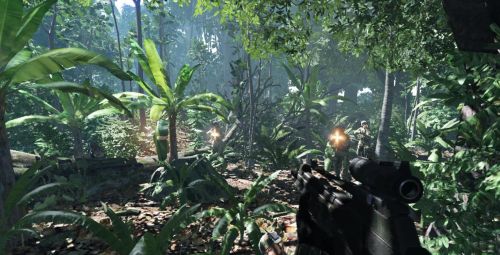 Low level and API-free programming seems to be the future of game development and graphics programming on the PC.

According to Richard Huddy (AMD’s head of GPU developer relations), the limiting factor on PC is the performance overhead of the 3D API (mainly DirectX) while on consoles, game developers can use low level code to process more triangles than on PC. More render calls allow more creativity freedom for game designers. The solution would be to have a low level access to PC graphics hardware (direct-to-metal programming).

Either way, it looks as though DirectX’s future as the primary gateway to PC graphics hardware is no longer 100 per cent assured, especially when it comes to cutting edge graphics.

Maybe there’s an opportunity for an API like OpenGL: thanks to extensions, hardware vendors could offer new OpenGL extensions to have low level access to the GPU…

25 thoughts on “Low Level GPU Programming: the Future of Game Development on PC?”