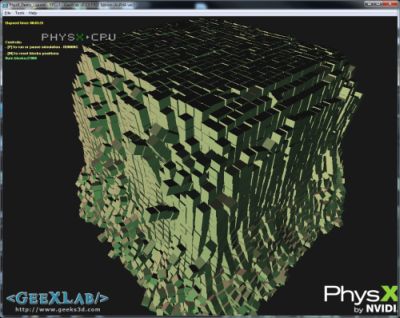 Prototype of a PhysX collision demo developed with GeeXLab

GRB is a new PhysX module developed by NVIDIA. GRB stands for GPU Rigid Body: rigid body collisions are processed by the GPU.

In the public PhysX SDK, modules such as fluids (SPH), clothes or soft bodies can be accelerated by the GPU via a CUDA implementation of these features (GPU PhysX) but rigid body collisions are still processed by the CPU (CPU PhysX).

PhysX GRB has been developed for the video game Batman Arkham Asylum and the version 0.9 was used: 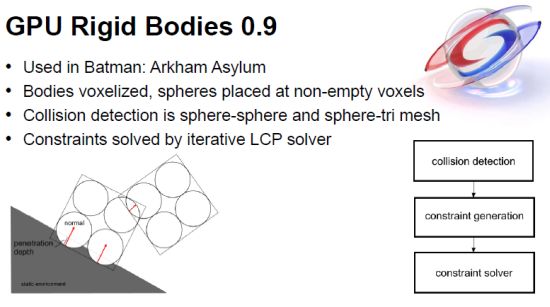 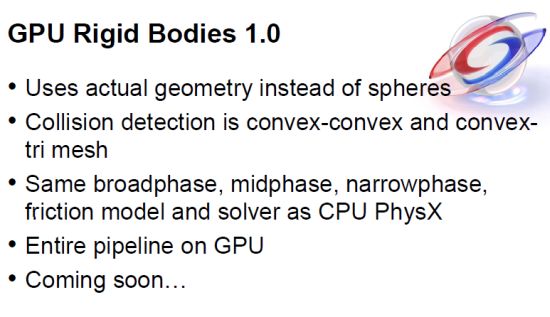 Recently some new videos have been presented at the GDC 2011: