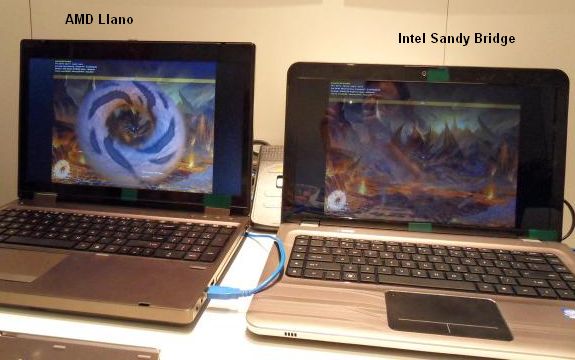 And when AMD enabled the displacement mapping option, AMD was happy to show the rendering bug of Sandy Bridge…

But this bug is strange, because Intel has recently updated its drivers with optimizations for some Geeks3D’s apps like FurMark or FluidMark (see HERE for more details). Maybe AMD has used an older driver. I’ll try to test the Sandy Bridge processor with my OpenGL app asap.