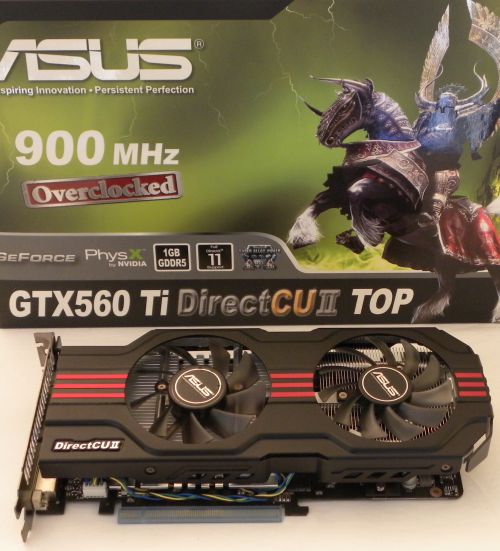 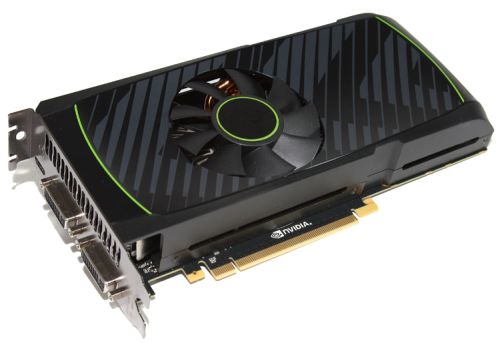 Okay let’s see the features of this new card. The GF114 GPU is available with a reference clock of 822MHz. The GPU is made up of 8 SM (streaming multiprocessor or compute unit in OpenCL world), each SM having 48 CUDA cores, 4 dispatch units, 8 texture units and special function units. The GF114 features a total of 384 SP (CUDA cores) clocked at 1644MHz (twice the GPU core clock) and 64 texture units.

Unlike the GF104 GPU (GTX 460) which has only 7 SM (one SM has been disabled for power consumption reasons), the GF114 comes with all SMs enabled. This is possible thanks to serious optimizations at the transistor level. Thanks to these tweaks, NVIDIA has been able to significantly increase clock speeds while reducing electrical leakage.

NVIDIA has designed a reference board for the GTX 560 Ti with overclocking in mind. There is a robust 4-phase VRM for the GPU amd memory and the PCB is equiped with two 6-pin power connectors allowing a maximal power consumption of 3x75W = 225W (see here for more details: [TIPS] Maximum Power Consumption of Graphics Card Connectors).

The GTX 560 Ti has a TDP (thermal desing power, see here for more details) of 170W (at reference clocks).

The GTX 560 Ti is a Direct3D 11 and OpenGL 4.1 capable graphics card. The card also supports OpenCL 1.1, the standard GPU computing API as well as CUDA, PhysX and DirectCompute.

ASUS’s ENGTX560 Ti DirectCU II TOP comes with a customized PCB and VGA cooler. The cooling system, the DirectCU II or DCII, features 2 fans (one in NVIDIA reference cooler) and three copper heatpipes directly in contact with the GPU core: 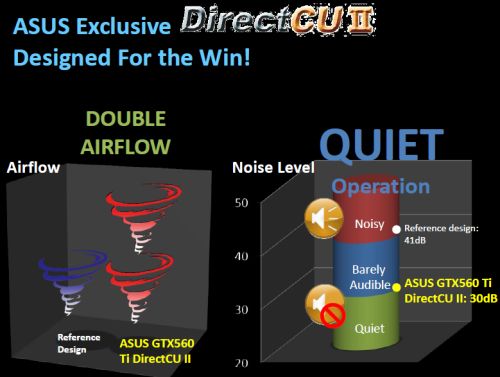 All fundamental components of the power circuitry (chokes, capacitors and MOSFETs) have been chosen for overclocking: 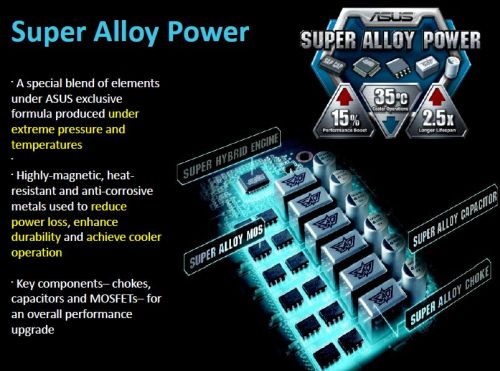 And guess what my friends? There’s no FurMark detection on ASUS’s GTX 560 Ti. You can burn the GF114 without limitation and this is a good news for GPU overclockrs!

How is it possible? 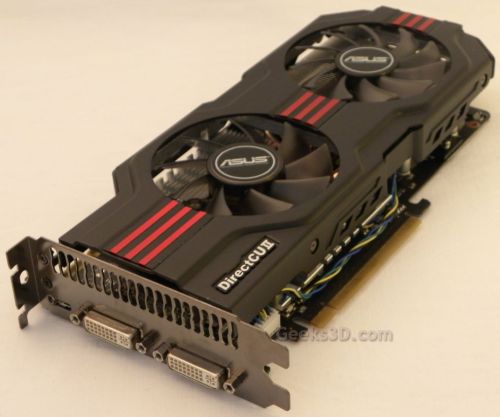 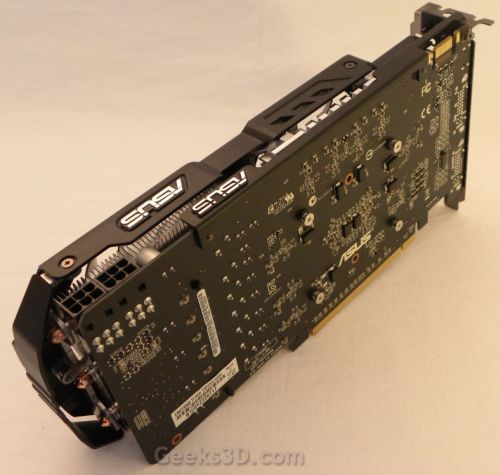 This is a really nice card, well designed and I like the dark side of this GTX 560 Ti.

ASUS GTX 560 Ti DCII TOP comes with two LEDs on the back side of the PCB, near the power connectors that show if the card is properly fed or not: green: ok, orange (or red, I don’t know exactly): there’s a problem: 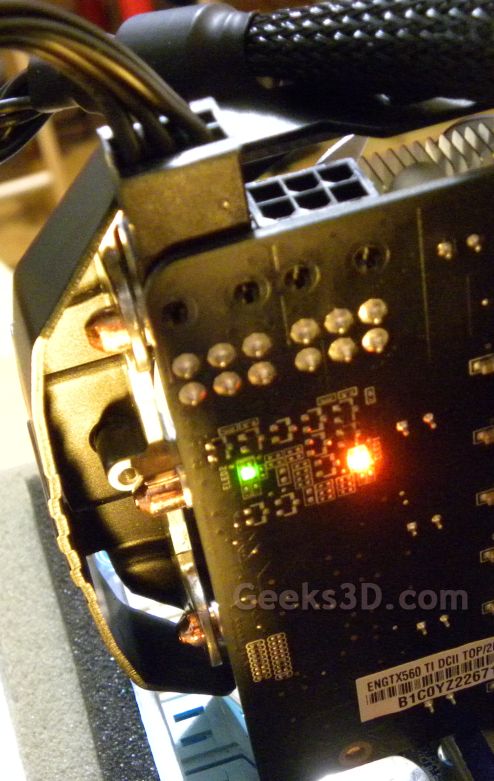 The bundle is reduced to the bare minimum (no geeky stuff) so no need to talk about it! 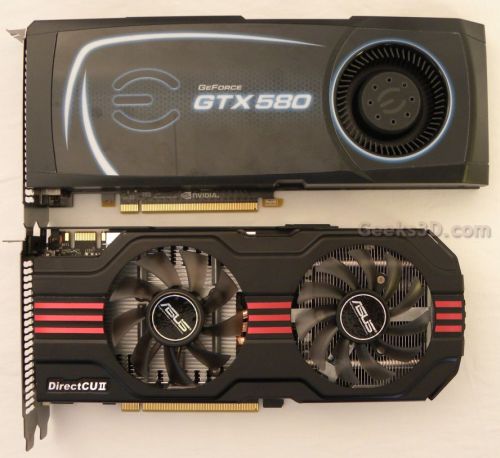