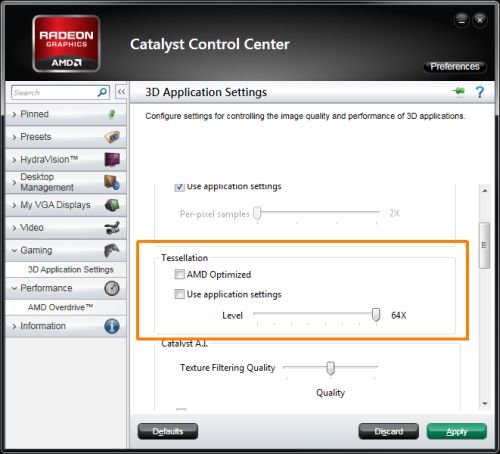 AMD has released a hotfix for the upcoming Catalyst 11.1… They fix bugs before they occur 😀

Actually this hotfix seems to be focused on the support of tessellation for the latest HD 6900 series.

According to AMD press release, there is a serious performance boost of OpenGL tessellation in Unigine Heaven:

Here are some details about the new tessellation settings in CCC:

I’m currently testing Cat 11.1 and tessellation support in OpenGL is not really what AMD claims in the press release. Stay tuned!