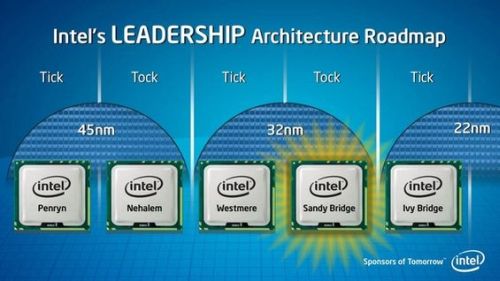 Ivy Bridge is the upcoming Intel’s processor. Ivy Bridge is a tick, a variant of an existing architecture, here Sandy Bridge. But this new processor won’t be a simple variation, because Ivy Bridge GPU will be Direct3D 11 compliant!

Ivy Bridge will use a 22nm process allowing Intel to pack more execution units (or EUs which are the GPU cores) on the die. The rumors say that Ivy Bridge will feature 24 EUs while current Sandy Bridge packs a max of 12 EUs (in HD Graphics 3000).

5 thoughts on “Intel Ivy Bridge: A Tick with DX11 Support”