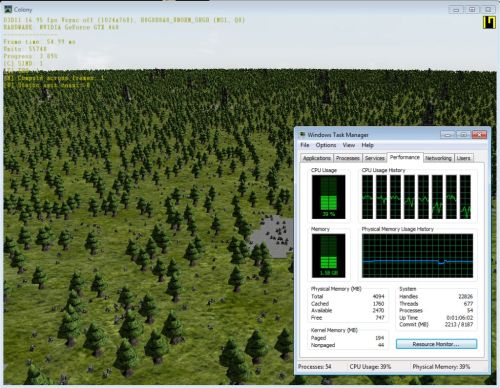 Very cool, Intel has published two new tech-demos with binaries and source code! Both demos use Direct3D (Colony is a D3D10 app and Fireflies exploits the D3D9 API). Okay do not look at the graphics rendering, this is not Intel’s strenght… These demos are rather focused on the good use of multi-core CPUs with Intel TBB (Threading Building Blocks).

Colony is a highly parallel optimized crowd simulation technique. Tens of thousands of units are simulated using a novel ray-casting technique. This is achieved by utilizing TBB to distribute our work across multiple threads and multiple frames and utilizing SIMD to ensure further instruction-level parallelism. 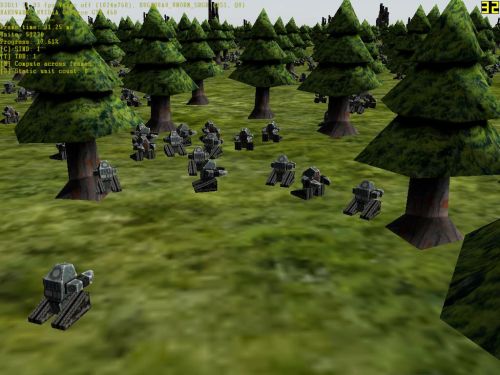 Fireflies is a tech sample demonstrating a scalable ambient effect. In this sample, the ambient effect is a swarm of fireflies that scatter and reform into a walking character. Using Intel TBB, the firefly flight trajectory calculations performed per frame are distributed across multiple threads. By changing the number of simulated fireflies programmatically the ambient effect can be scaled to better match the performance of the platform it is running on. 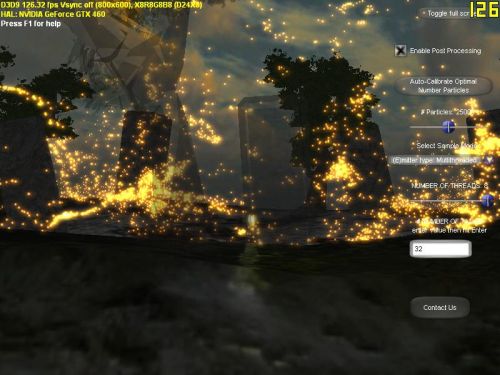